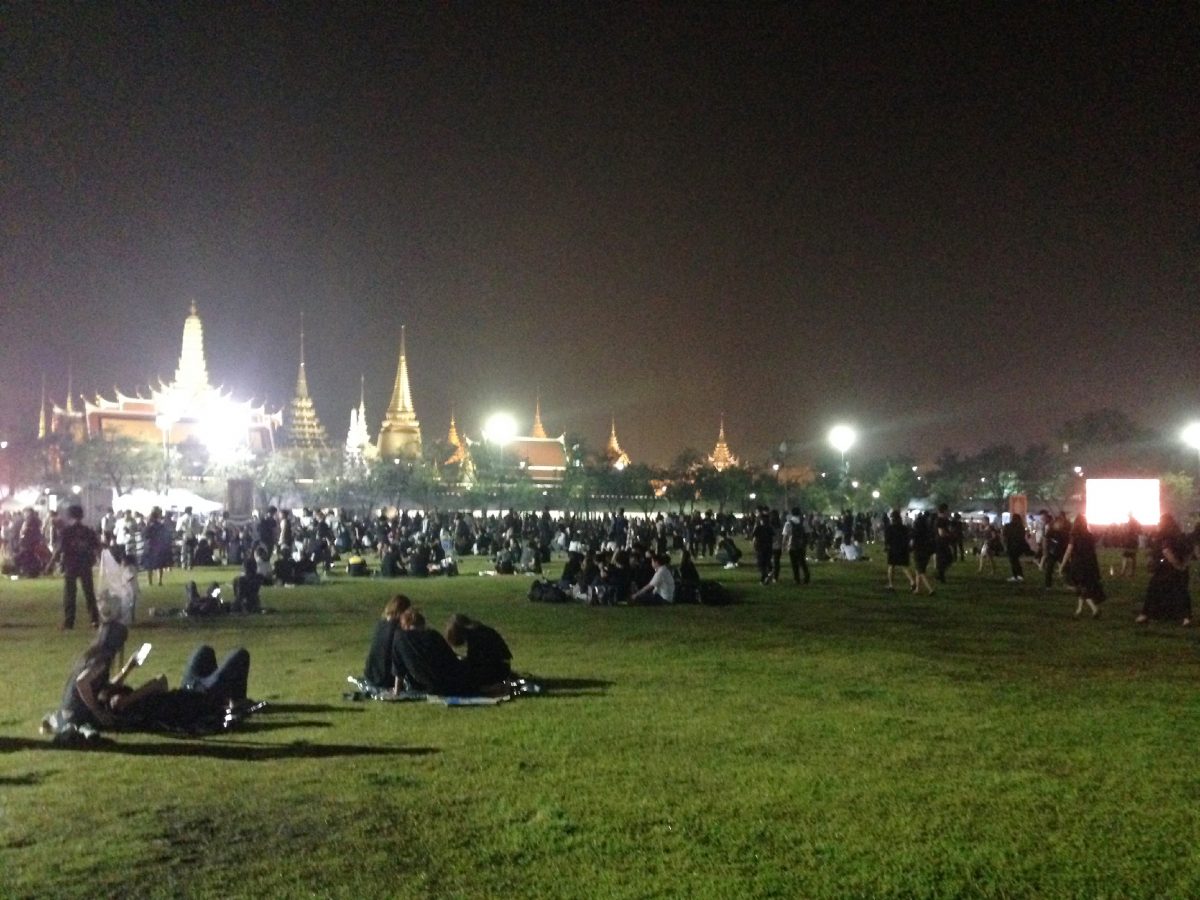 Thailand is observing a year of mourning to mark the death of King Bhumibol Adulyadej. The world’s longest serving monarch, King Bhumibol had spent 70 years on the Thai throne when he died last week at the age of 88.

For the first time since World War II, Thailand is looking ahead to an era without the king. The change that comes as the country’s military leaders say they will make good on their promises to shift toward democratic reform. But many in the international community remain skeptical. Patricia Nunan has more from Bangkok.

It’s early evening in Sanam Luang – the park outside Bangkok’s Grand Palace. A year from now it will be the site of a traditional funeral pyre for Thailand’s King Bhumibol Adulyadej – who died last week at the age of 88.

It’s already a place of mourning. Since the king’s passing, hundreds of thousands of people have come to pay their respects to the man revered by the Thai people.

All are dressed primarily in black and white – wearing vibrant colors is forbidden for the first month of an official year of mourning. Many spend hours waiting to sign condolence books on palace grounds. Others just want to be nearby.

Thailand is now in the midst of perhaps the most pivotal moment of its contemporary history.

The king’s son, Crown Prince Vajiralongkorn, is expected to succeed his father. For the moment, a caretaker, Regent Prem Tinsulanonda, is in charge.

King Bhumibol was seen as a uniting figure in Thailand, who brought calm in politically fractious times. His passing leaves a question mark over whether any figure can ever match his unparalleled popularity.

And Thailand has yet another transition to make in the coming months. The country is now ruled by a military junta, which seized power in 2014.

General Prayuth Chan-Ocha, who is currently prime minister, says the junta will honor its pledge to hold elections in 2017, in accordance with what it calls its “road map to democracy.”

But the military has also quashed dissent, banning public gatherings and detaining political opponents for what it calls “attitude adjustment.”

The crackdown has successfully prevented many Thai commentators and ordinary citizens from speaking out on the political situation. That atmosphere, human rights groups say, is antithetical to the idea of free and fair elections.

“So, the first thing is to create an idea of a peaceful situation where nobody will be punished for peacefully taking part in political life,” says Basil Fernando, Director of Policy at the Asian Human Rights Commission.

Even if voting day is free and fair, analysts say, the deck is still stacked against democratic reform. Military leaders are allied with Thailand’s political elite – and its supreme court – which has overturned election results in the past.

“They’ve written a constitution in which a lot of the power is held by appointees of the elite in the senate and other constitutional bodies – particularly the supreme court, which is stacked with supporters of the status quo,” explains Tim Johnston, the Asia Program Director for the International Crisis Group. “It’s possible there might be some interim arrangement, some transition towards greater democracy. But in Thailand, historically, we’ve seen democracy move forward and get pushed back, and move forward and get pushed back again by the elite.”

While the future for electoral democracy remains to be seen, international observers agree that Thailand’s love for the late King Bhumibol is genuine. But military leaders also strictly enforce a “lese–majeste” law, making it illegal to insult the monarchy. Even the slightest perceived criticism can send a journalist, a commentator or an ordinary citizen to as much as 15 years in jail.