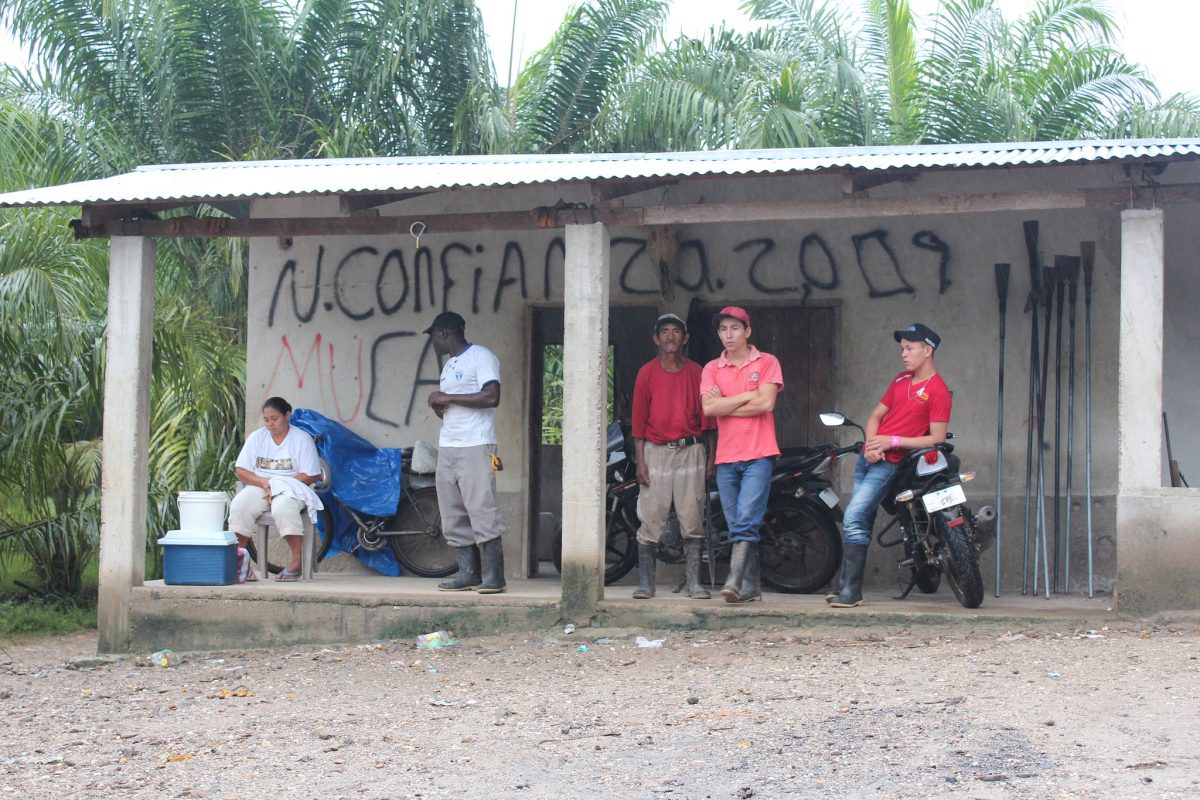 Two campesino leaders in the Aguán Valley of Honduras are the latest victims in an ongoing campaign of assassinations targeting land rights defenders in the Central American nation. Nell Abram has the details.

The killings came nine days after two other high-profile Honduran land rights defenders survived assassination attempts. Like Berta Cáceres, the award winning environmentalist murdered earlier this year, Flores and George were under protective orders granted by the Inter-American Commission on Human Rights. The precautionary measures call for increased protections for at-risk individuals and thereby place responsibility for their safety on the state.

The Aguán Valley region, where the latest campesino assassinations occurred, is the site of an ongoing struggle pitting small farmers against powerful interests supporting internationally-financed development projects like palm oil plantations run by the Dinant Corporation and a so-called Special Economic Zone.

“We’re really placing direct responsibility on the government of Honduras, on the Dinant Corporation and international financial institutions like the World Bank for these types of assassinations considering that corporations that have received financing and support from the World Bank, and also the state, have created death squads and selected campesino leaders to be killed,” MUCA spokesperson Yoni Rivas told Radio Mundo Real.

Since the 2009 start of the campesino movement to recover land in the area, 131 land rights activists have been murdered in the Aguán Valley.

Rivas accuses Honduran authorities of working hand in hand with paramilitary groups that target small farmers, land rights defenders, environmentalists and journalists. He adds that when these murders do occur, investigators treat them as isolated cases.

Rivas says MUCA wants a commission of international experts to investigate the double-homicide while considering the context of the conflict in the Aguán Valley and its origins.

“We also want a commission of legal experts to be named to be able to investigate the mechanisms through which criminal justice law is applied here because it’s all so manipulated,” Rivas explains. “It’s something that leaves us increasingly vulnerable and keeps us worried. It’s important for international eyes to be on the Aguán Valley and watch out for human rights defenders and journalists in the Aguán because there’s a list that’s been made public of people who could be killed in the coming days.”

Honduras is considered the deadliest country in the world for environmentalists and land rights activists. Amnesty International this week said violence targeting activists is turning Honduras into a “no-go zone for human rights defenders.”