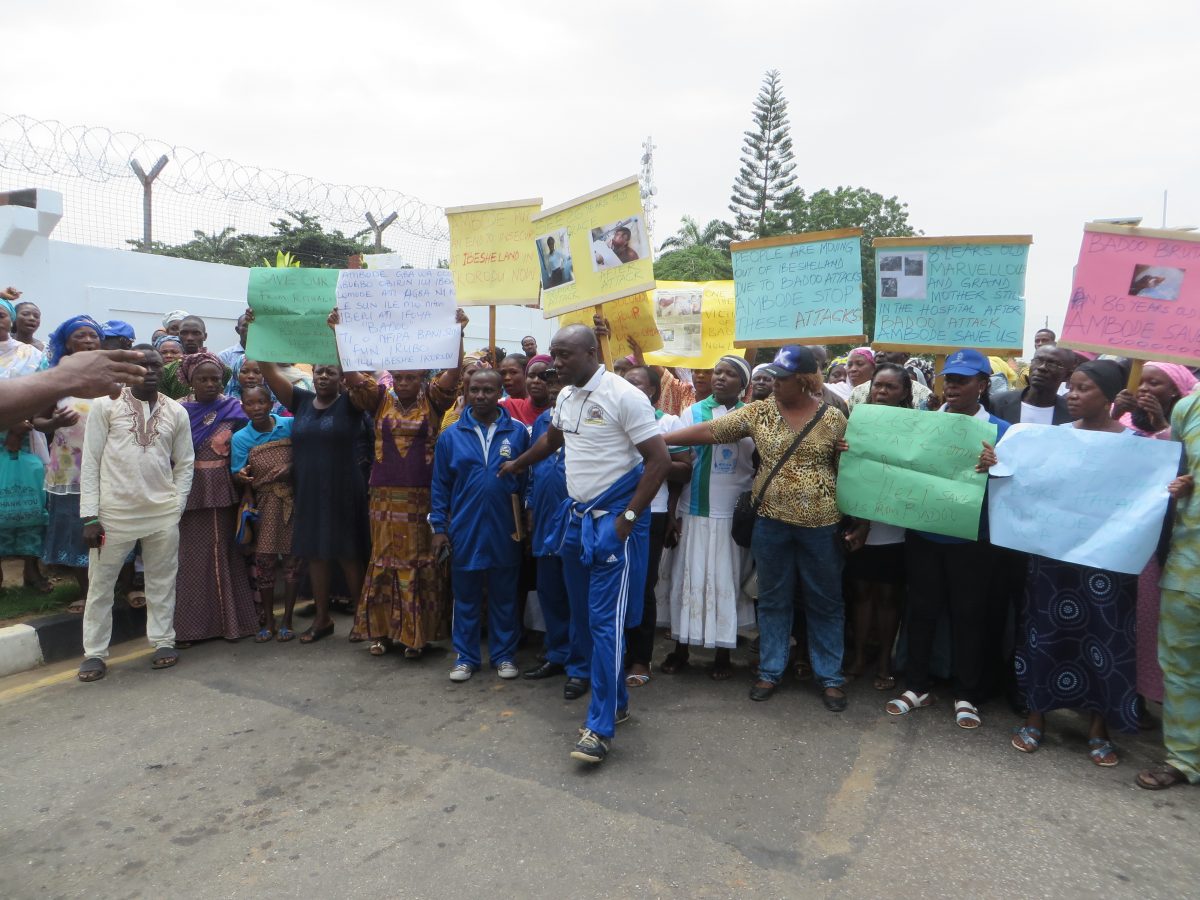 In Nigeria, women are fleeing settlements near the commercial capital of the country, Lagos, where there’s been an increase in particularly violent sexual attacks – with even children maimed or killed after being raped. Women’s rights activists are urging authorities to do more to protect them. Sam Olukoya reports from Lagos.

These protesters, mainly women, have had enough of rapists terrorizing their community. Singing in the local Yoruba language, they call on authorities to apprehend the perpetrators.

The protesters are from Ibeshe, a group of communities just outside Lagos. In recent months there’s been a spate of particularly violent cases of rape in the area. While sexual violence is certainly not uncommon in Nigeria, the Ibeshe attackers often leave their victims severely injured.

In the hospital, doctors stitched her left nostril partially shut, making it very difficult for her to breathe properly and leaving her face permanently disfigured.

Community leaders say on average, there’s one case of rape or attempted rape each week.

Like this elderly woman, some have survived despite severe injuries; at least one person has died as a result of the attacks. And the victims include children as young as five-years-old.

Many frightened women have fled the community; those who remain – like this woman from Ibeshe – are terrified.

Betty Abah, is with CEE-HOPE, a group that works to stem the tide of sexual violence in the country. She says the situation in Ibeshe is not isolated. Abah says rape culture is growing in Nigeria – in part because offenders are usually not punished.

“Every single day there are cases of rape, especially of minors. This is not just normal, this is not like we have always had it. From all indications, the cases are on the rise,” Abah points out. “So we even have many more cases that are not reported, to show you how huge the problem is. Until we are able to apply the law, to ensure that there is deterrence, it will continue.

Lagos is Nigeria’s commercial capital. With a population of 20 million people and growing, it’s the largest city not only in Nigeria – but in all of Africa. Ibeshe, a community at the outskirts of Lagos, sits in the banks of the Lagos Lagoon. In recent years, communities like Ibeshe have grown tremendously as Lagos spreads at the outskirts of the city.

Police records show that Lagos has one of the highest rates of rape in Nigeria. But police spokesperson, Dolapo Badmos says the police have stepped up efforts to curb the crime.

“At our end, we have been prosecuting them. Every other day we send cases of rape to court. I think last week Wednesday we still sent a man that defiled an eighteen-month-old baby to court,” Badmos says. “We are meticulous about intelligence gathering, about evidence gathering and about exhibit gathering to ensure that none of the culprits escape justice.”

According to the Nigerian Criminal Code, anyone found guilty of rape can be sentenced to as much as life in prison. But rights activists dispute police claims of aggressive prosecution – saying that the number of rape cases is high while offenders are rarely convicted.

In the North Eastern state of Borno where the Boko Haram insurgency has displaced more than two million people, the government has launched a martial arts self-defense training program against rape. A thousand internally displaced persons who will soon return to their communities are being trained to serve as vanguards of the fight against rape when they return home.

But beyond self-defense training, which seemingly places the onus on the victims – there are no tangible government sponsored programs that address the growing rape culture in Lagos, and many here feel authorities must do more.