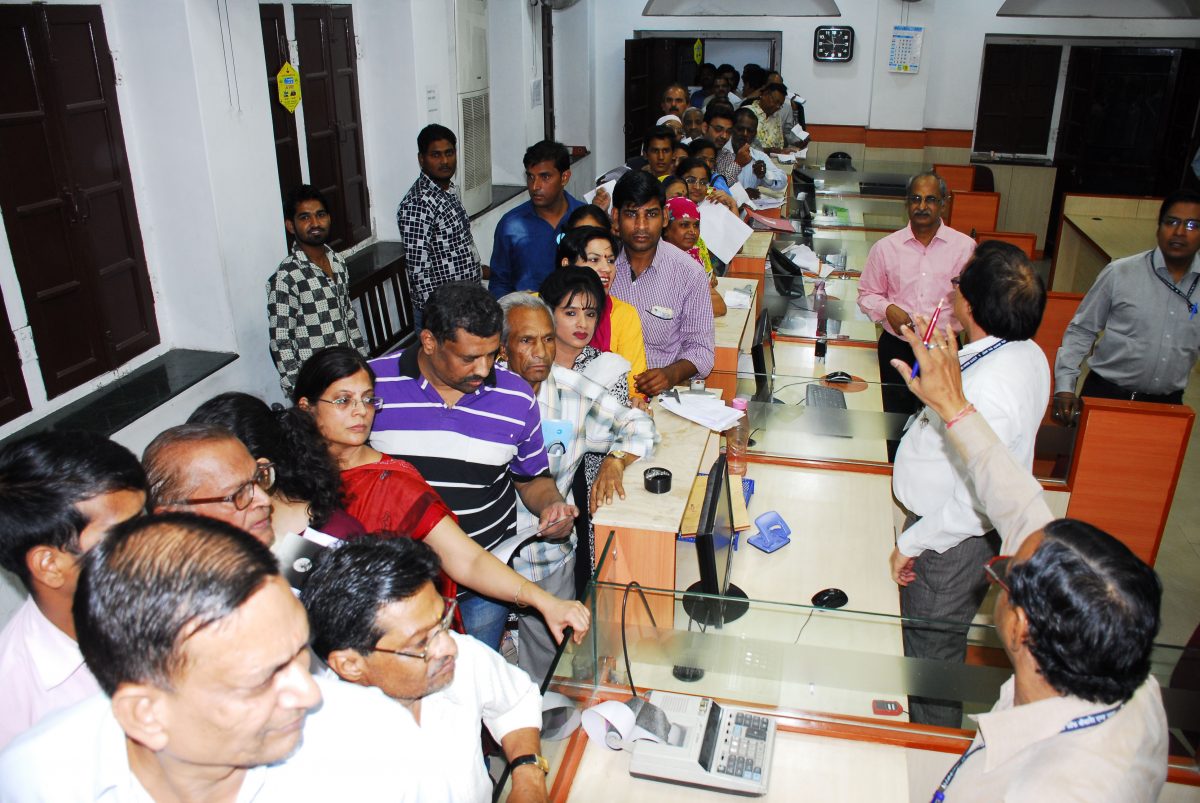 Indians rush to exchange 500 and 1,000 rupee notes that will be worthless at the end of the year. (Photo credit: Jasvinder Sehgal)

Across India, people are panicking after the government declared all 500 and 1,000 rupee bills will be worthless by the end of the year. Banks are short on cash and sporadic violence has broken out as long lines form at ATMs. FSRN’s Jasvinder Sehgal reports.

Hundreds of people are lined up in front of the UCO Bank at Johari Bazar in the Indian western city of Jaipur, desperate to exchange now-useless 500 and 1,000 rupee currency notes. But many banks are out of cash and ATMs have run dry.

The cash-crunch was triggered by a government move to staunch the flow of counterfeit currency and block the rampant bribe system in the country. Last Tuesday, Indian Prime Minister Narindra Modi de-validated the two denominations in a bid to crack down on the illicit money. Most black money in India is paid in the form of 500 and 1000 rupee bills – the equivalent of about $7 and $15 respectively. But the move caused a financial panic, as the notes are the most commonly used currency denominations.

It’s 1 p.m., and 40-year-old shopkeeper Javed Ali has been standing in line since morning.

“The public is facing a severe problem. The new currency denominations haven’t been adequately distributed to banks. Because of the heavy demand, currency runs out in a few hours,” Ali explains. “I have gone to many banks and the problem is same all over. The government should have taken proper steps before putting the new policy in place.”

The old currency must be exchanged – but there are limits. Banks will only exchange the equivalent of about $67 per day, with a maximum of about $3,700 dollars that can be exchanged before the end of this year.

Many businesses are having trouble paying daily wages and some are refusing to accept the bills for payment of services. And many will have difficulty converting cash holdings because now they have to declare them to the tax authorities. Money that cannot be exchanged will be, as officials put it, “extinguished.”

But not all are upset by the move and say that they can bear the brunt of the cash train to get the country’s black money – often used to fund terrorism – out of circulation.