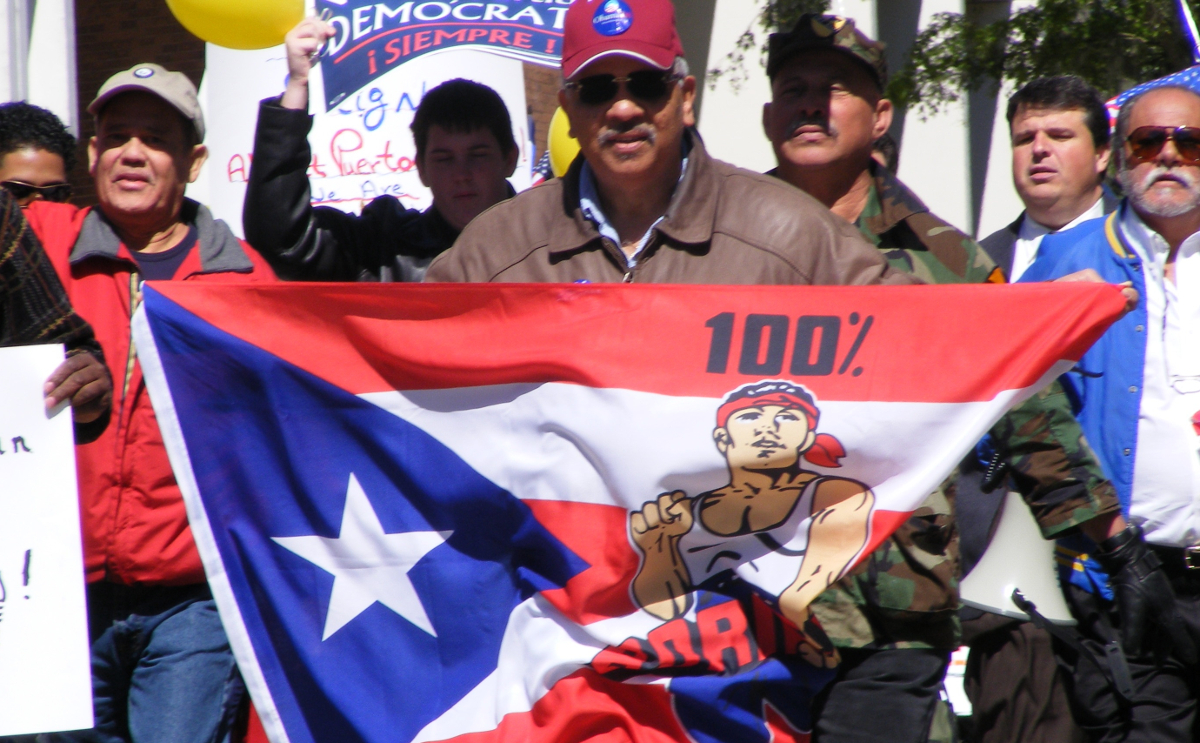 In the final week of the 2016 presidential election the race is still too close to call and will come down to voter turnout in just a few swing states. FSRN’s Seán Kinane reports, in the largest battleground state – Florida – a major influx of new voters from Puerto Rico could tilt the election.

Florida’s 29 electoral votes are still up for grabs; polls this week show the race between Hillary Clinton and Donald Trump in a virtual tie in the state.

North Florida traditionally votes for Republicans in presidential races and South Florida typically goes for Democrats. The tipping point of the state is usually Central Florida – the I-4 corridor that stretches from the Gulf of Mexico and Tampa Bay through Orlando and Kissimmee and on to the Atlantic Ocean.

In parts of Central Florida, the number of Latino voters is growing. Victor DiMaio is treasurer of the Hillsborough County Democratic Hispanic Caucus of Florida and used to do outreach work for the U.S. Census. He says Latinos now make up one-fifth of Floridians.

“That’s a new development that came as a result of the huge Puerto Rican area in Central Florida. So when they say that we are here, literally, in ‘ground zero’ of the next presidential election, you cannot ignore the fact that so many Hispanics are going to vote,” DiMaio points out. “You know, Tampa, Hillsborough County, West Central Florida, all the way through Orlando, there’s been an exponential growth of Hispanics and they’re going to make a huge difference in this election.”

Historically, Cubans were the largest and most politically important group of Latinos in the state, but that’s changing in part because of the lure of employment in the tourism sector near Walt Disney World.

“The largest other group here in Florida are really Puerto Ricans,” DiMaio explains. “Because Puerto Rico, being a commonwealth of the United States, Puerto Ricans automatically are considered U.S. citizens, in a sense, because they can vote in our presidential elections.”

This is the first election since the most recent Congressional redistricting and DiMaio says it’s the first time a Hispanic-majority district has been carved out in Florida. State Senator Darren Soto is the Democratic nominee for Congress in that district.

“In the Puerto Rican community in Central Florida, we’ve grown to over half-a-million, being the majority of Hispanics in Central Florida. Fostered by huge growth from my fellow ‘New Yoricans’ in the Tri-State Area, folks who were raised in New York – or born in New York or New Jersey. As well of those from the island coming in,” says Soto. “And Tampa Bay is actually the second largest population with regard to Puerto Rican communities in the state. So we’ve gone from being only a few thousand to well over a million, with many of us concentrating here in Central Florida.”

Because of these migrations, Soto says Puerto Ricans and other Latinos are “reshaping the demographics and voting trends” in Florida.

“We Hispanics: our voting is up from 2012. Driven in part from having several Hispanics, including myself, on the ballot. In part because of the offensive statements made by Donald Trump,” Soto says. “And in part by the fact that we simply have larger numbers. Because of the economic crisis on the island, a lot of folks have moved to Central Florida and they’re making their voice heard for the first time.”

Civic organizations working to turn out the Latino vote are amplifying those voices. Esteban Garces is Florida director of Mi Familia Vota a nonpartisan group active in six states, including three swing states: Colorado, Nevada and Florida. He says they’ve registered 34,000 Hispanics to vote this year.

Garces says many of those new arrivals are Puerto Ricans who are U.S. citizens and are immediately eligible to vote.

Another community organizer is Jose Palacios with the Florida Immigrant Coalition in Tampa. Because his group is a nonprofit, he wouldn’t weigh in when asked if more Latinos will support Hillary Clinton in the election. But polls indicate the Democrat has a large edge among Hispanic voters.

“Because we’ve knocked on over 85,000 doors, we’ve had over 5,000 phone calls,” Palacios says. “And people are confirming that they’ve already came out to vote.”

With the two leading candidates neck and neck as the finish line looms, it’s still unclear if the Central Florida Puerto Rican population will spur a winner to the tape. But a poll out this week from the National Association of Latino Elected Officials gives Clinton a 74-14 percent edge over Donald Trump among Latino voters across the nation.