Justice Dept. will appeal immigration ruling to the Supreme Court 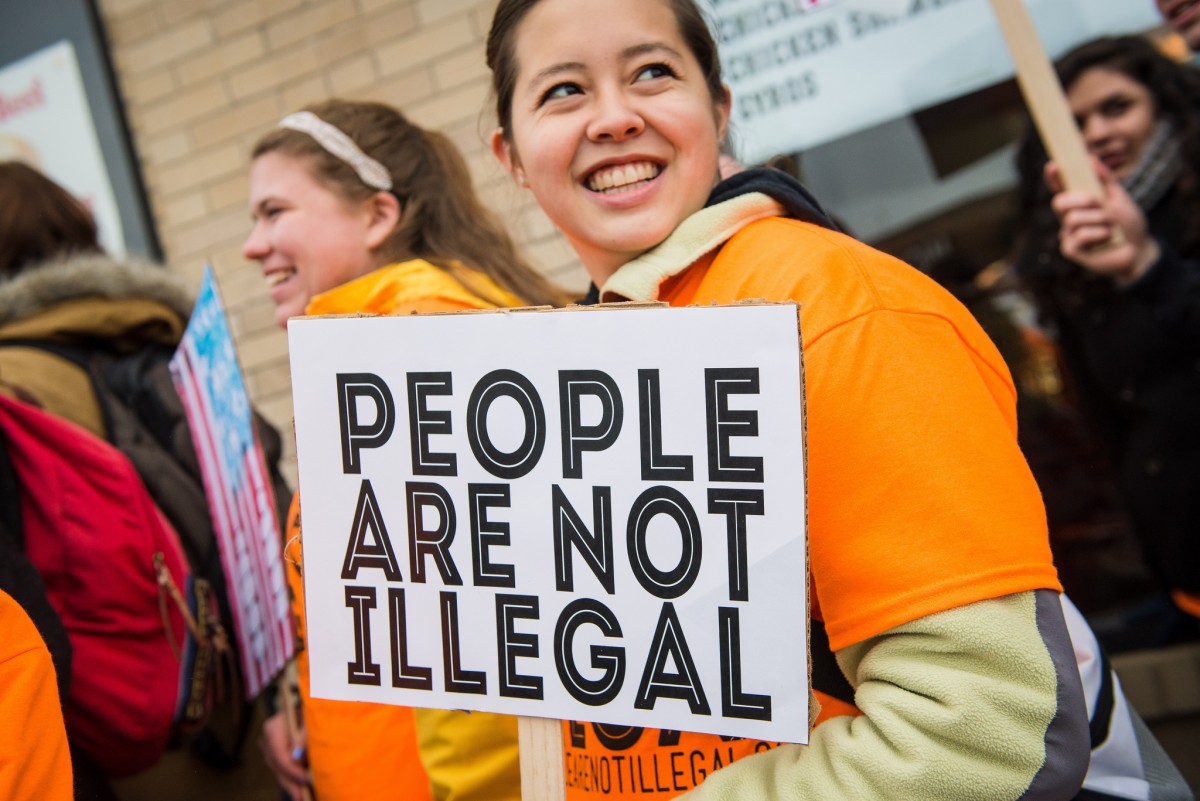 A protester at the "People Are Not Illegal" Rally at North Park University's on April 14, 2014. (Photo credit: Bradley Siefert via Flickr / Creative Commons)

The U.S. 5th Circuit Court of Appeals ruled late Monday to uphold a lower court’s decision to block President Barack Obama’s executive actions that would have made it easier for some five million undocumented immigrants to live and work in the United States.

The executive actions came after Congress failed to pass immigration reform after years of wrangling. The Attorneys General of 26 Republican-ruled states filed suit, arguing that the president overstepped his authority. So far, a federal judge in Brownsville, Texas and a circuit court in New Orleans have sided with the states.

“The impact of Republican opposition both to these executive actions and to broader comprehensive immigration reform legislation is to only perpetuate a system in which our law enforcement resources are diffused and it results in more families being torn apart. And that is clearly not in the best interest of our national security,” remarked Earnest during the press briefing. “It is not in the best interest of public safety. It is also not consistent with the values of this country.”

The president’s executive actions on immigration, announced last November, would grant temporary legal status to undocumented parents of U.S. citizens or legal residents through a program known as DAPA, or Deferred Action for Parents of Americans.

Another measure would expand DACA, or Deferred Action for Childhood Arrivals. DACA originally took effect via executive action in 2012. The program provides deportation relief to young immigrants who meet a series of stringent requirements.

The Obama administration points to DACA as a successful way of bringing otherwise law-abiding immigrants out of the shadows. Opponents of the program say it amounts to amnesty for people who came to the U.S. outside of legal channels.

Seth Ronquillo from the UCLA Dream Resource Center says while the 5th Circuit’s ruling is disappointing, it is not surprising.

“It’s definitely something that is not unexpected, although it’s just, you realize how frustrating it continues to be for the immigrant community,” noted Ronquillo in a telephone interview. “While the decisions are going around and these policies are being talked about on the national level, the deportation of family members is still going on.”

Despite presidential support for DACA and DAPA, the administration has also deported a record number of undocumented immigrants. Republican presidential candidates are pledging to step up deportations even more – but without providing a legal path for mixed status families to remain united.

It’s now up to the justices of the Supreme Court to decide whether or not to hear the case before the clock runs out on Obama’s time in the White House.