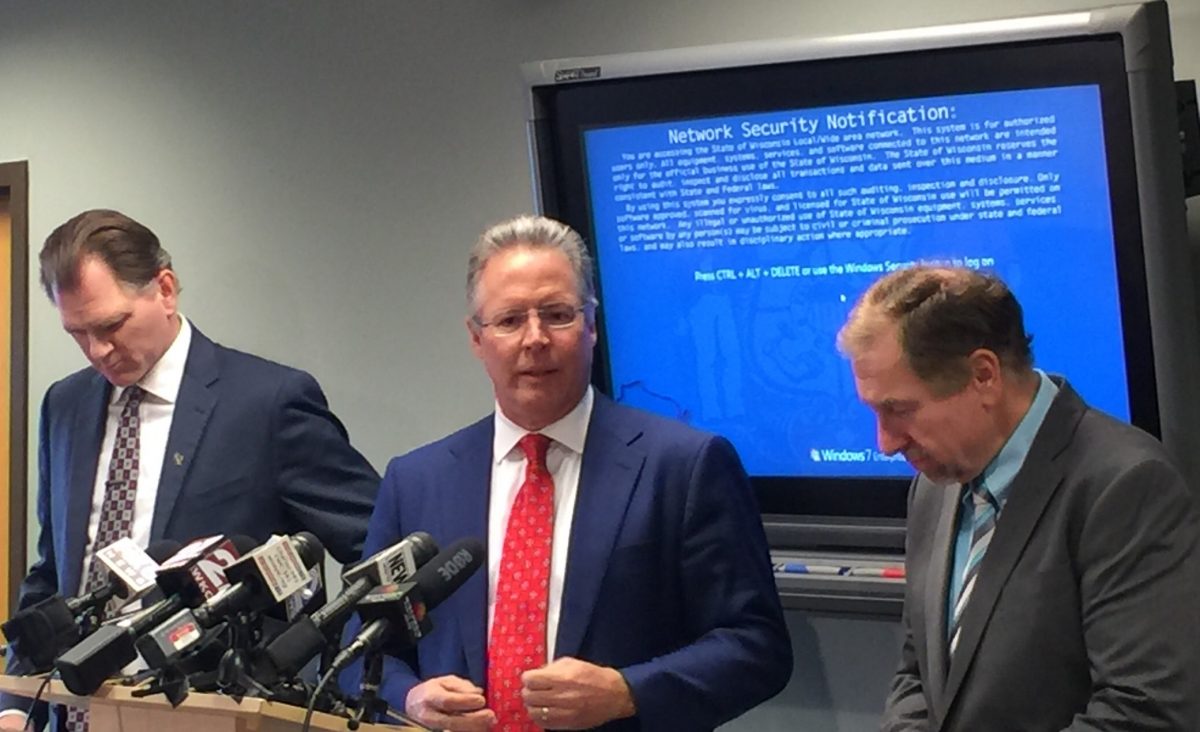 Jill Stein’s three-state recount push is all but over, and the Green Party’s 2016 candidate for president said Tuesday that any funds left over will be donated to groups working for electoral reform and voting rights.

A representative for Stein formally withdrew her request for a recount in Michigan today; a court ordered it halted last week after two days of tallying. But Mark Brewer told state election officials that the limited recount bore fruit, finding uncounted ballots and faulty machines, as well as revealing that under prevailing state law many precincts could not recount ballots.

In Pennsylvania – a judge ruled that the recount request came too late in the game, and blocked the effort from advancing.

And Monday evening in Wisconsin, Election Commission Chair Mark Thomsen certified the recount ahead of schedule, without any significant changes in the vote totals. FSRN’s Alejandro Alonso Galva has more.

Dane County, which is home to Madison and the University of Wisconsin, was the last county to finish recounting their presidential ballots on Saturday night, two days ahead of schedule.

Wisconsin Election Commission Chair Mark Thomsen says he’s proud the recount totals are so close to the original tallies: “That is accuracy. That is what we offer in Wisconsin – fair, efficient, and honest elections. We don’t count illegal votes, much less millions of illegal votes.”

Dane and 48 other counties hand counted their ballots. However Dane was the only major metropolitan county to go with the hand count. Green Bay’s Brown County, Milwaukee County, and the Milwaukee suburbs all opted to use machines.

Co-Chair of the Green Party Michael White says those counties let voters down: “So we got a recount. Now we did not get a full hand recount, which is considered the gold standard. The refusal of the largest and some of the most important counties in the state to conduct a hand recount, we would argue undermines the ability to get an accurate recount. So Milwaukee county, which is the largest and most socioeconomically, racially and ethnically diverse county, declined a hand recount.”

Wisconsin’s voting machines were at the center of the recount controversy, with concerns over potential threats from hacking and computer viruses. In the town of Marinette, one machine miscounted votes due to a tabulation error. Officials say the machine had trouble identifying the ink on ballots due to old age. According to Thomsen, the recount uncovered no evidence of manipulation of the voting machines.

“We found no evidence of any hack in terms of our computer infrastructure system. There was no evidence that the numbers reported had anything to do with a hack of our technology,” says Thomsen. “The broader question is who knows whether false facts had an effect on the outcome. But that’s beyond the scope of the commission.”

Election Commissioner Don Millis says the Stein campaign was able to demonstrate potential threats in theory, but no evidence of real life tampering was found: “It was an exercise that showed how well Wisconsin elections run. It really didn’t have to happen. My personal view is that this was really a scam pact that allowed Jill Stein and the Green Party to raise more money at the expense of our volunteers and clerks at the local and country level.”

Thomsen disagreed with the scam characterization, saying the recount was conducted according to the law and allowed for an opportunity to check the integrity of the state’s voting system: “The fact that we did a recount, gave us a complete audit of our complete state system to find out where the weaknesses are. A basic requirement is if you’re going to vote on election day, you’re assuming that your valid legal vote is counted. This recount made it happen.”

The problems discovered were due to human error – such as voters mismarking their ballots or poll workers mis entering data. In the end, Thomsen called upon the State assembly and governor to properly fund the Election Commission in order to ensure the validity of Wisconsin’s elections in the future.

States have until a federal deadline on Tuesday to resolve any controversies with their election results.

Editor’s note: The text version of this story has been updated to correct the spelling of Election Commission Chair Mark Thomsen’s last name.