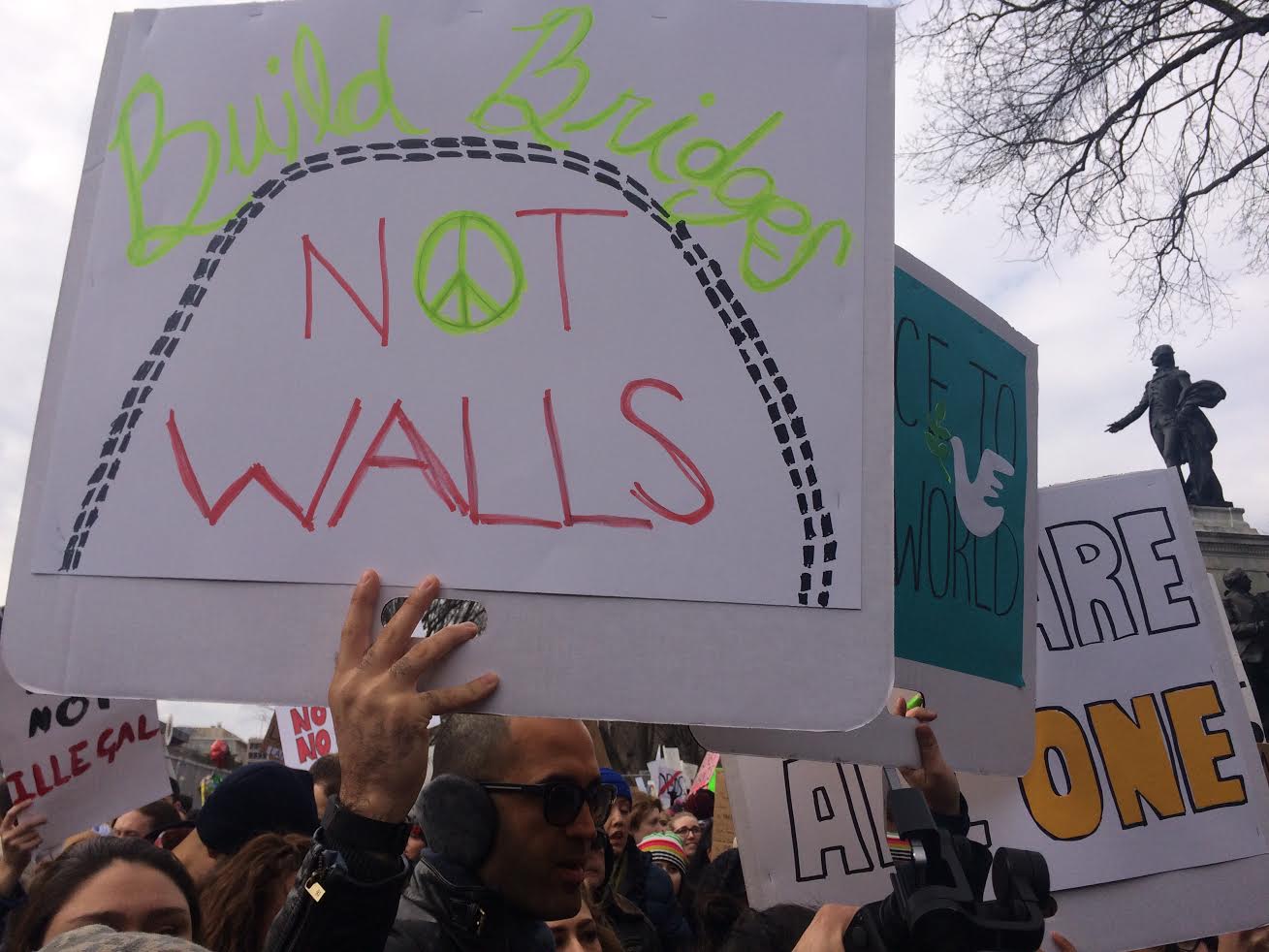 Massive protests broke out in airports and in streets across the country this weekend after an executive order signed by President Donald Trump banning entry to refugees and legal permanent residents from seven majority-Muslim countries took effect. Homeland Security officials detained people at airports who were lawfully in transit when the order took effect. Four federal judges have since ruled to block the order, but in some instances federal officials are defying the court orders, and the Department of Homeland Security posted a notice on its website saying that the department will continue to enforce Trump’s executive action.

When news of the detentions broke Saturday, hundreds of attorneys and thousands of protesters spontaneously descended on airports across the country, demanding the release of detained travelers, including families and children. Even more people gathered in the streets Sunday to call on the President to rescind the order. Alice Ollstein attended Sunday’s rally outside the White House and brings us this report.

Thousands of people packed the square in front of the White House Sunday afternoon to protest President Donald Trump’s executive order that many are calling a “Muslim ban.”

Attorney Ali Rahnama with the Iranian American Bar Association was one of more than 100 lawyers who descended on Dulles Airport over the weekend when news broke that U.S. Customs and Border Patrol officials were denying entry to people from Syria and six other nations. Through a combination of public pressure and a federal court order, he was able to secure the release of several green card holders.

“Yesterday, the power of people overshadowed the people of power. We the people showed up,” Rahnama told the crowd. “We organized. We assembled. We supported our brothers and sisters who were shamefully denied entry. We chose love. We rejected hate.

Yet while federal judges imposed a national stay of Trump’s executive order and demanded all airports release improperly detained individuals Dulles and a few other airports are refusing to comply, and in some cases blocking access to lawyers. Rahnama says he will seek a new court order holding them in contempt and pursue further legal actions against the White House.

“Mr. Trump, you are violating the Constitution of these United States,” the attorney said. “Mr. Trump, if you are not willing to hear us on the streets, be sure that the Iranian American Bar Association will definitely see you in court.”

As protests at airports continue in multiple cities across the country, Democratic lawmakers say they will introduce bills to fully repeal what they call an un-American ban on refugees from the Middle East.