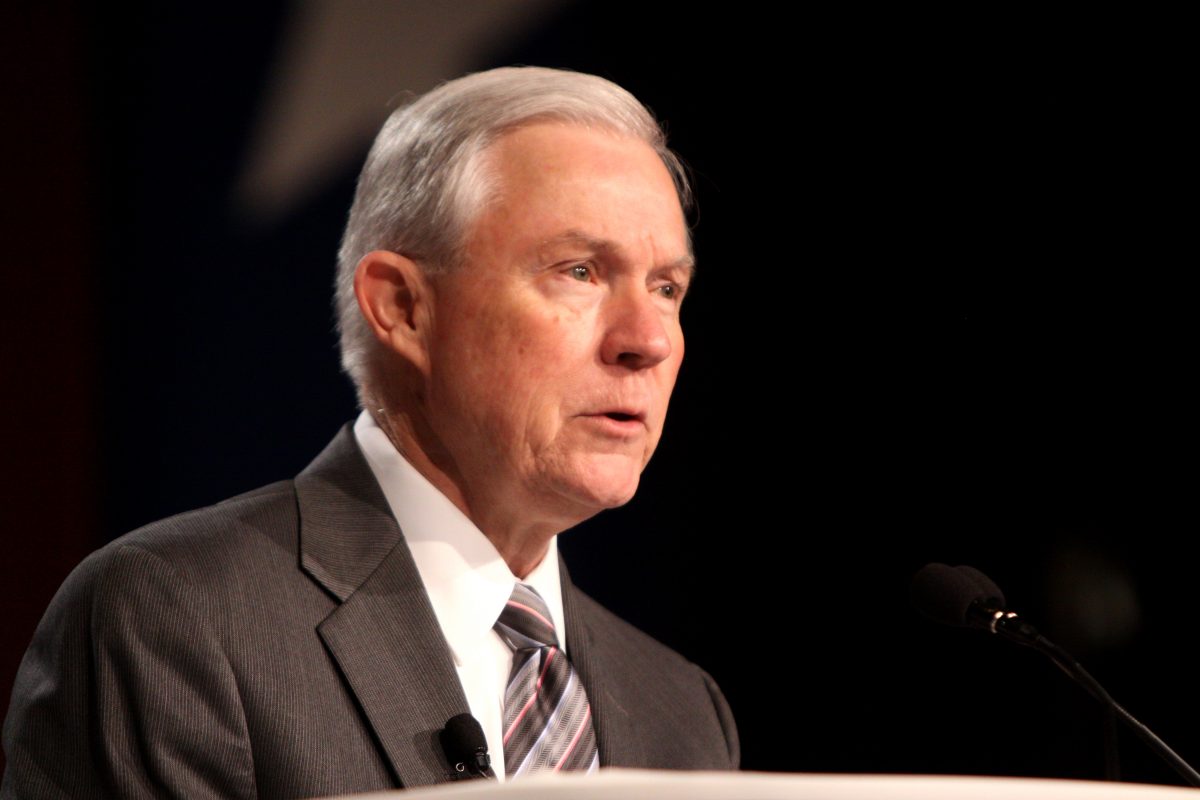 A flurry of Cabinet-level confirmation hearings began Tuesday. First up? President-elect Donald Trump’s pick for U.S. Attorney General: Senator Jeff Sessions. A chorus of protests in the chamber, in the streets and online accompanied the testimony that was alternately collegial and contentious. FSRN’s Nell Abram has more.

The hearings were preceded by widespread opposition to Alabama Senator Jeff Sessions’ nomination to the post of U.S. Attorney General, with opponents citing his record on civil rights, immigration, violence against women, LGBT rights and more.

In opening remarks, Senator Sessions quickly addressed concerns that he would serve as a puppet for president-elect Donald Trump, saying “The Office of the Attorney General of the United States is not a normal political office, and anyone who holds it must have total fidelity to the laws and the Constitution of the United States. He or she must be committed to following the law. He or she must be willing to tell the president or other top officials ‘no’ if they over reaches. He or she cannot be a mere rubber stamp.”

Sessions then went directly to allegations of racism, saying he abhors the KKK. He also pledged to recuse himself from any matters related to Hillary Clinton’s email server or the Clinton Foundation. But he spoke more obliquely about some of the other civil rights concerns his opponents have raised, saying he understood the demands of the LGBT community and the emotional damage wrought by sexual abuse, but not committing to specific policy positions or action.

He was also was evasive in later questioning when asked specifically about taking legal action against the president-elect if warranted, and deflected the conversation.

In an exchange with Senator Diane Feinstein, and often throughout the hearing, he deferred to a law of the land approach to reconcile the dichotomy between his record and what he would be tasked to carry out as Attorney General.

“You have referred to Roe v Wade as ‘one of the worst, colossally erroneous SC decisions of all time.’ Is that still your view?” Feinstein asked Sessions.

“It is. I believe it violated the Constitution and really attempted to set policy and not follow the law,” Sessions replied. “It is the law of the land – it has been so established and settled for quite a long time and it deserves respect, and I would respect it and follow it.”

Feinstein went on to ask Sessions if he supported president-elect Trump’s stated view that same-sex marriage is also now a legally settled matter.

“Supreme Court has ruled on that,” Sessions responded. “The dissents dissented vigorously, but it was five to four, and five Justices on the Supreme Court, a majority of the Court, has established a definition of marriage for the United States of America – and I will follow that decision.”

And when asked about the letter from the now 1,400 law professors who oppose his nomination and say he has done nothing to dispel the reputation for racism that derailed his bid for a seat on the federal bench in 1986 – Sessions refuted the allegations.

‘”This caricature of me in 1986 was not correct. I had become a United States attorney. I supported, as the civil rights attorney said, major civil rights cases in my district that integrated schools, that prosecuted the Klan, that ended single member districts that denied African-Americans the right to hold office. I did everything I was required to do and the complaints about the voter fraud case and the complaints about the Klan case that I vigorously prosecuted and supported are false,” Sessions said. “And I do hope this hearing today will show that I conducted myself honorably and properly at that time. And that I am the same person, perhaps wiser and maybe a little better – I hope so – today than I was then. But I did not harbor the kind of animosities and race based discrimination that I was accused of. I did not.”

Protesters interrupted the proceedings numerous times during the morning session, highlighting specific issues like civil rights and immigration. All were removed from the chamber.

But the nominee for Attorney General also had supporters in the room, among them Senate President Orrin Hatch: “Yet some on the far left will stop at nothing to defeat this nomination. They oppose this nomination precisely because Senator Sessions will not politicize the Justice Department or use its resources to further a political agenda. They make up one thing after another to create a caricature that bears no resemblance to the nominee, who is actually before us here today. Now, I’ve been on this committee for a long time and I’ve seen these dirty tactics used before. They’re not going to work this time.”

Sessions’ detractors were not fazed, continuing with pointed, direct questions based on the Senator’s record.

“Let’s deal with the facts. Let’s deal with what was actually voted on,” said Vermont Democrat Patrick Leahy, who asked specifically about Sessions’ no vote on the 2013 reauthorization of the Violence Against Women Act. “Why did you vote against expanding protections for LGBT victims, students, immigrants and tribal victims of domestic and sexual assault – why did you vote no?”

In a response that may have tipped his hand regarding indigenous sovereignty, Sessions replied that he was opposed to a specific provision of the measure: “One of the more concerning provisions was a provision that gave tribal courts jurisdiction to try persons who were not tribal members.”

The hearings will continue Wednesday. After the panel finishes questioning Senator Sessions, multiple witnesses are expected to address the committee, both for and against the nomination. For what is apparently the first time in history – a sitting US Senator will testify against confirmation: New Jersey’s Senator Corey Booker.

Confirmation proceedings for Elaine Chao, the nominee for Secretary of Transportation, will also begin tomorrow. But two other hearings originally set for Wednesday have been postponed: Mike Pompeo for CIA Director will now start Thursday and Secretary of Education and public school critic Betsy DeVos will go before the Health, Education, Labor and Pensions Committee next week.