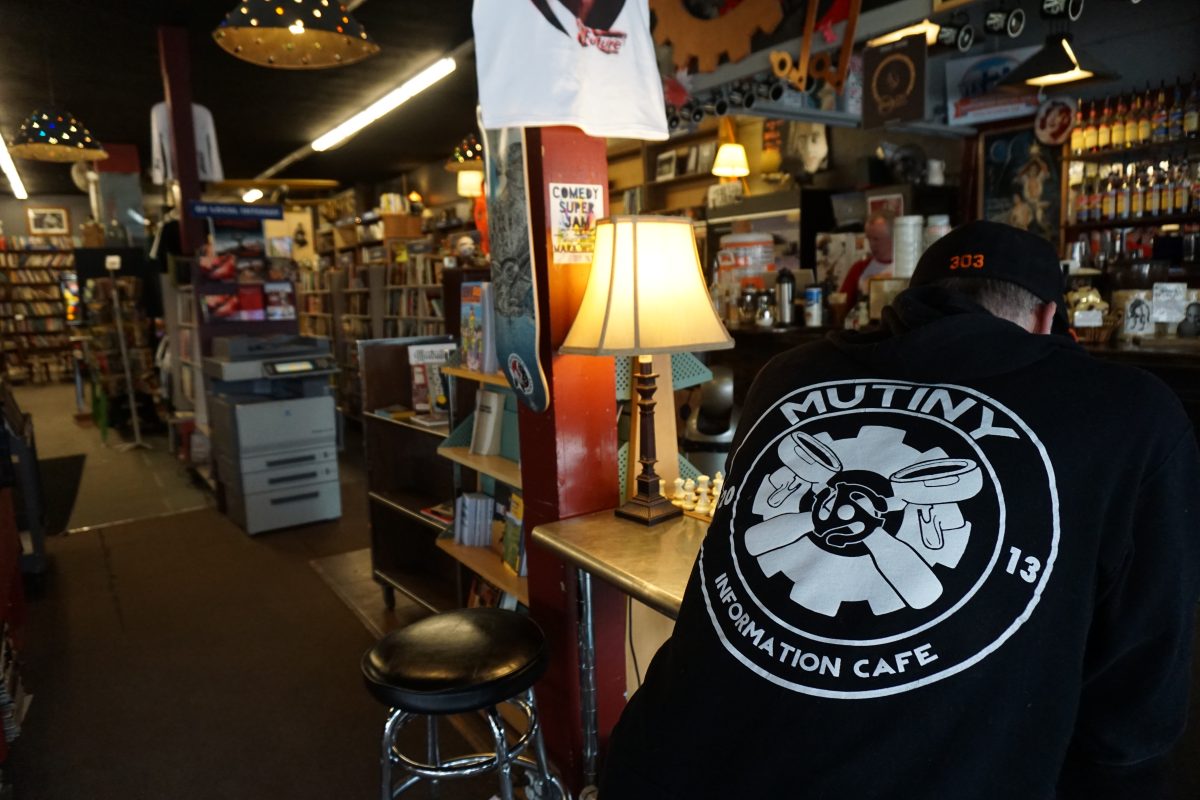 In 2000, Colorado became one of the first states to legalize medical marijuana. Then in 2012 recreational pot was legalized. And now business owners in Denver, like Jim Norris of Mutiny Information Cafe, are starting to apply for permits that for the first time in history will allow marijuana consumption in public places.

“I want do a once a month night here, Saturday night. We’ll have comedy, a dance party, DJ’s, that kind of stuff,” Norris says. “It’ll be laid back and cool, 21 and over, I’ll have security. I’ll follow whatever the rules are that the city wants us to do.”

Initiative 300, passed by Denver voters in 2016, could make Norris’ plans a reality by late this year when the city begins issuing permits.

In the meantime, a diverse committee will craft strict permit rules. One of the toughest requirements already written into the initiative makes it necessary for permit holders to get approval from surrounding neighborhood groups.

“Under Initiative 300, adults would be able to vaporize or be able to use other non-smokable forms of marijuana inside and they would be able to smoke marijuana in places where smoking is already currently allowed, but only if it’s not viewable to the public,” explains Mason Tvert, Director of Communications for the Marijuana Policy Project.

Tvert played a significant role in the passage Amendment 64 that legalized recreational marijuana in Colorado. He also backed I 300 saying the initiative will bring Colorado one step closer to realizing Amendment 64’s ultimate goal.

“When voters approved Amendment 64 in 2012, they said ‘we want marijuana to be treated similarly to alcohol’ and that has not happened yet when it comes to places where adults can consume,” says Tvert.

Although I 300 will give the public a place to consume cannabis similar to a bar, patrons will need to bring their own marijuana. And it will be illegal to consume alcohol and pot at the same establishment.

Back at Mutiny, co-owner Jim Norris says he’s glad the rules are strict and that the city plans to take it’s time formulating even more rigorous standards for the public marijuana consumption permits.

“I think it should be really involved,” Norris says. “You know, we’re starting something really big here – really, really big. This is democracy in action. We voted for it, the city and state have to come up with a way to make it happen.”

Norris is confident Mutiny Information Cafe will rapidly meet permit requirements. What is less certain is if the federal government will continue to take a hands-off approach in cities and states where marijuana rules passed through ballot initiatives clash with federal drug laws.