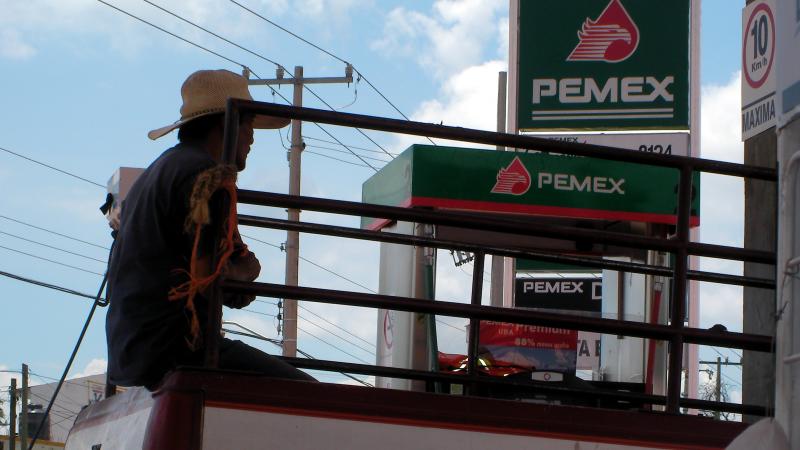 Across Mexico, reaction to the sudden 20 percent price hike in gasoline has ranged from peaceful picketing outside gas stations to fiery highway barricades and looting at big box stores.

Confrontations have led to hundreds of arrests and the death of a police officer.

The central Mexican city of Ixmiquilpan has become a flash point. Local residents there pushed back a huge deployment of police after officers allegedly fired live ammunition at protesters Thursday.

The gas price hike is fueling deep economic anxiety in many Mexicans whose buying power had already plummeted along with the exchange rate of the peso to the dollar. The peso has been in a three-year long downward slump and has yet to recover from a steep drop against the dollar that occurred the day after the U.S. presidential election.

In a pre-produced video speech released Thursday, Mexican President Enrique Peña Nieto called for unity and understanding. He denied the gas hike is tied to the energy reform he championed in his first year in office. He also stressed the importance of good relations with the incoming U.S. administration as key to financial stability.

But both U.S. president-elect Trump and Peña Nieto’s reform agenda are unpopular among wide sectors of the Mexican population. The gas price hike, known here as the ‘gasolinazo’ has revived past calls for President Peña Nieto to resign, but such demands remain more prevalent in the streets than in the chambers of government.

Meanwhile, Mexican families that depend on remittances nervously watch events unfold ahead of Trump’s inauguration. While Mexico’s federal budget relies heavily on oil sales to keep the public sector running, the single largest source of revenue in the overall national economy comes from money transferred to Mexico from nationals living and working abroad – overwhelmingly in the U.S.

The Trump policy team has suggested targeting remittances as a way to generate revenue for the border wall the incoming president promised on the campaign trail.

Just how the effects of the gas hike, peso plunge, promised mass deportations and possible transfer taxes on remittances may affect the pocketbooks of Mexican families in the year to come remains to be seen. But this week, the anxiety already present was clearly visible in the streets around the country.