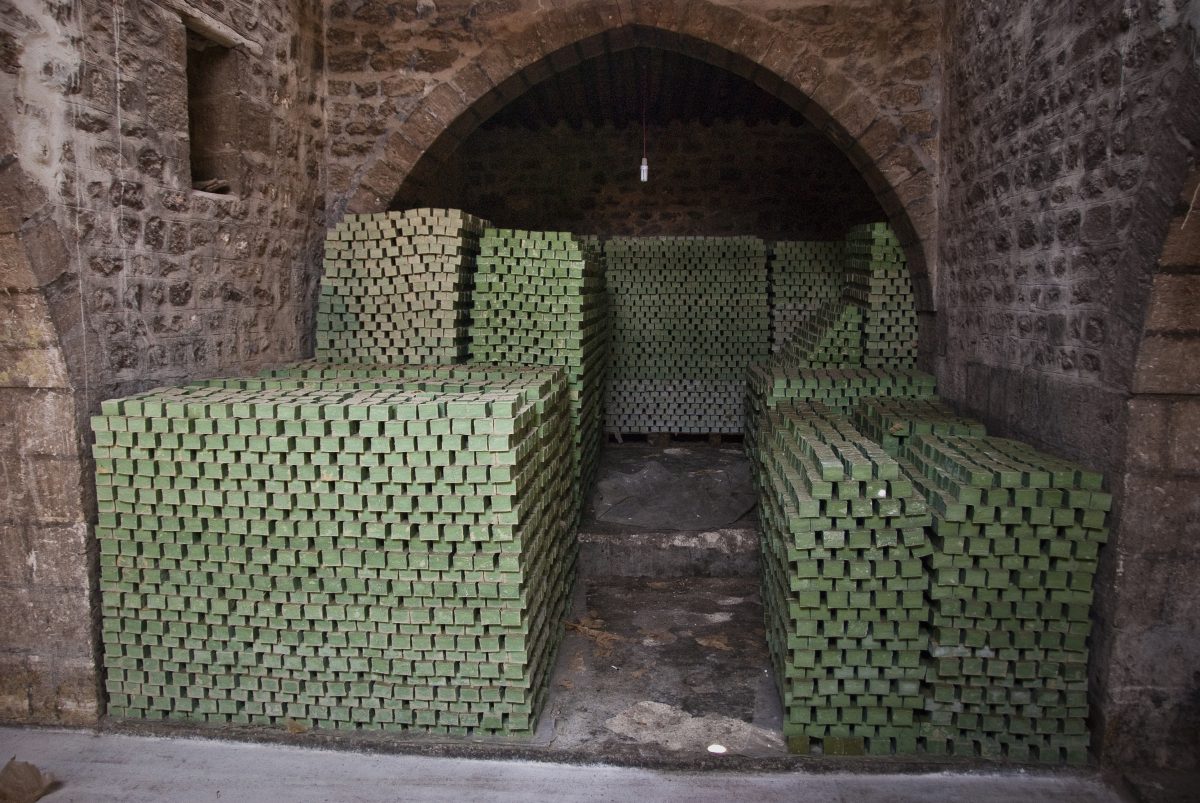 The International Organization for Migration now says that as of last month, almost 5 million people have fled Syria, more than 6 million others remain internally displaced in the country. Most of those who have left are languishing in refugee camps in nearby countries or have made their way to European nations where they hope to find resettlement possibilities. Canada has welcomed almost 40,000 refugees since November of 2015. Last week, Australia nearly doubled its commitment for 2017 to more than 25,000. But the door to the U.S. will likely slam, with President Trump expected to issue an executive order blocking entry for most refugees and suspending visas for Syrians and people from half a dozen other Muslim-majority countries.

This comes shortly a massive military operation to deliver control over Aleppo back to Syrian president Bashir Al-Assad. Aleppo was the largest Syrian city before the civil war. Now that the battle there is over, it is the world’s largest “ghost city.”

Many of Aleppo’s former residents have sought refuge in Armenia. Garegin Khumaryan reports from the “Little Aleppo” neighborhood in the Armenian capital city of Yerevan.

The light, ethereal aroma of laurel oil fills the air as Shant Khayalian hovers over pots, stirring heated mixtures with a long-handled spoon. This is the smell of Aleppo – of its streets, houses and people – familiar to all of its citizens from the day they were born.

“This is the pot where I’m gonna add an olive oil, first of all,” Khayalian narrates as he works. “We start adding water with a caustic soda. The temperature of the olive oil and water is absolutely the same.”

The liquids and powders are ingredients in a family recipe and part of a centuries-old tradition of soap making. But this little Syrian miracle is taking place in the Armenian capital of Yerevan.

“We’re gonna add laurel oil, depending on how much we need it. After three days we’re gonna unmold it, cut them and wait nine months. At least nine months,” Khayalian explains. “If I sell them after one year, it’s more expensive, because the reaction always goes on and they are getting more pure. So after five years it is purest – after 10 years, it’s like wine, it’s like cognac.”

Long before Aleppo grabbed headlines as a flashpoint in Syria’s civil war, the city’s name – in the Eastern world – was synonymous with its ancient soap industry. Shant Khayalian didn’t want to leave Aleppo, but decided to move to Armenia after multiple war woundings. With the few suitcases he managed to pack, he brought also the secret of Aleppo soap to Armenia – a country where no one was producing it before and started his business.

Like many of Aleppo refugees, Nerses Chamichian often visits Khayalian’s workshop for a breath of native air. With the TV tuned into a Syrian satellite channel, Chamichian can close his eyes and take a deep breath – and imagines for a moment that the war, destruction and exodus is just a stupid dream. But he knows he’s here for good.

“I want to return to Aleppo but not to stay there. I want to go by my house, by my shop, by my machines, and come back to Armenia,” says Chamichian.

“Do you think they still exist?” FSRN asks. “I mean they could be damaged.”

“I don’t know about my home,” Chamichian replies. “My home is…”

“Russians have been bombing the city quite heavily,” FSRN says.

“The house that I bought and his house – we are neighbors,” Khayalian interjects. “So now we are just figuring out if we have a house or not.”

Armenia, with its own population of only 3 million, has taken in more than 20,000 Syrian refugees. On a per capita basis, that makes Armenia the second largest recipient of Syrian refugees in Europe. Most of them are from Aleppo and they do not plan to return. According to the Armenian Diaspora Ministry almost half of them have already applied for Armenian citizenship.

Shant Khayalian also doesn’t want to go back to, preferring instead to visit Aleppo virtually, because the satellite map service is using old images made before the war and it is the only place where his home is unharmed. Welcome to a tour through a city that no longer exists.

“I see the Citadel,” FSRN says.

“Yes, Citadel… We gonna go to the left. Left, left, go left – up, up, up – this is Al-Moltaka,” Khayalian points out locations on satellite images of Aleppo. “Okay, go straight left. Can you see these buildings? You can see, yeah, the buildings. One of them, I got my house there and maybe the next one is Mr. Nerses’s.”

“When you look at the picture it seems everything is ok – no war, no killings, no bombing,” says FSRN.

Nerses Chamichian also recognized his district, the place where his brand-new apartment was situated and later the site where he spent the worst days of his life.

Recalling his final weeks in Syria, he switches to his native language because of the rush of emotions: “The last three months, I lived with those armed groups…”

Like many Syrians who suffered under occupation by armed Islamist groups, Chamichian and Khayalian were grateful when Russia intervened. But they question the rationale behind Russia’s extensive aerial bombardment.

Vova Vartanov, a military expert and retired Armenian intelligence officer, says he doesn’t see any military necessity for such bombings: “The city infrastructure shouldn’t suffer so much. There is no military purpose in destroying residential and industrial areas. The pictures we see give an impression that Aleppo has been subjected to carpet-bombings like Dresden or Stalingrad in World War II. As you probably know, there is an agreement between Russia and Syria that Russian companies would have special preferences in Syria’s post-war recovery. The more Russian aircraft destroys, the more Russian companies will earn.”

Vartanov says the destruction seems designed to maximize future Russian profits, but only if Bashar al Assad remains in power to keep the promises.

Back in his workshop, Khayalian is busy making the next batch of soap.

“There’s no secret,” Khayalian says. “I can explain it like this: making soap, it’s very sensitive and depends on your personality.”

Shant Khayalian is certain that Aleppo Soap – the Eastern secret of eternal youth, can heal more than just damaged skin. But the scars inflicted upon the city that gave its name to this ancient remedy run deep and thousands of its former inhabitants have been scattered around the world – many with no plans to return.