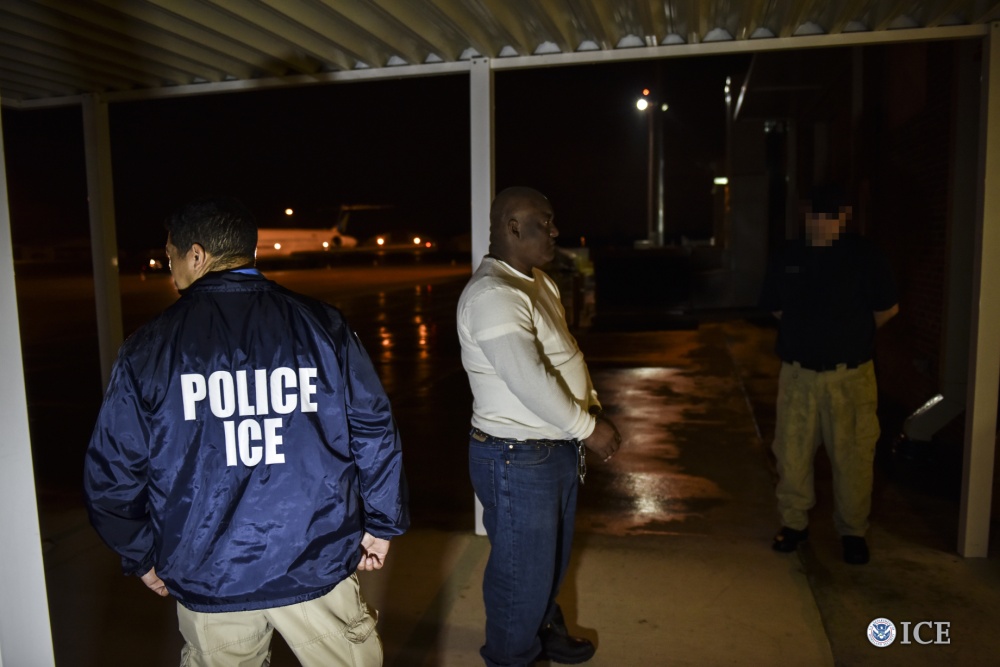 The Trump administration maintained its rapid fire pace of rolling back Obama era policies this week. Thursday, Attorney General Jeff Sessions revoked a Justice Department directive to reduce and eventually end the government’s use of private prisons. The reversal comes as ramped-up immigration enforcement actions are likely to dramatically increase the number of detainees in federal custody. The racial profiling that leads to disproportionate incarceration rates for African-Americans is also true for black immigrants, which may drive their deportation rates even higher under the new framework. Lena Nozizwe has more.

Immigrants make up almost 10 percent of the black population living in the United States, according to the Black Alliance for Just Immigration, or BAJI. Most of them are from Africa and the Caribbean.

And in the New York City, Newark, Jersey City area alone, almost one third of the black population is foreign-born.

“Some of these differences are real. Some of our clients, for example, come from the countries listed on the travel ban currently being litigated,” Mauricio Noroña, a staff attorney at the Harlem-based African Services Committee, says new immigration policies impact the community he serves in different ways. “These differences have caused actual barriers in our client’s’ path for becoming actual permanent residents of the U.S.”

Noroña adds that more aggressive enforcement by ICE worries black immigrants who, like African-Americans, are subjected to disproportionately high rates of stops, searches and arrests by the police.

“We have gotten a lot of calls, emails, visits from worried community members who are undocumented. They are concerned about whether they will be picked up and detained. We have even gotten calls from permanent residents and U.S. citizens with their own sets of concerns,” Noroña points out. “These fears don’t necessarily reflect the reality of what is going on, at least for now. But they are real to the extent that they are causing harm to the quality of life.”

Ramped-up enforcement targets undocumented immigrants in particular, but Trump’s executive orders were written so broadly that even visa holders charged with a criminal offense can be deported – regardless of a conviction.

As is, legal residents can be stripped of their visas for non-violent offenses.

“That includes even minor convictions, such as disorderly conduct convictions. When you consider that, this is according to a report published by the Police Reform Organizing Project, 80 to 95 percent, 95 percent, of arrests, tickets and stops in 2015 in New York were issued to black and Hispanic individuals, then you can see the disproportionate enforcement of local laws is now directly linked to disproportionate impact for immigration issues,” Noroña explains. “For example, We have many clients have plead guilty for disorderly conduct charges for the simple reason they were selling food on the street without a license. Now these people will be considered dangerous and unworthy and will be targeted for removal. It’s important to clarify that this administration isn’t saying that they will remove people for minor convictions, rather that would require a change in the law. Rather, what is going on is ICE is now saying they will focus their efforts, that will spend more money and resources for going after people like that now.”

Many immigrant rights groups, including the African Services Committee and BAJI have kicked into high gear in response to the policy shifts with advocacy efforts, outreach and know-your-rights workshops.

While most black immigrants do speak English as a first or fluent second language, it is not the mother tongue of what is believed to be the largest group of black immigrants in detention by nationality: Haitians. During a teleconference town hall meeting hosted by BAJI on President’s Day, a caller said the need for Creole translators is acute.

A wave of Haitian nationals came to the U.S. last year, seeking to qualify for an Obama-era family reunification program. Many are made to wait in detention centers pending the outcome of their petitions.

“What folks should know is that immigrant detention is not supposed to be punitive per se. Ideally and under law immigrant detention is civil detention, not criminal detention. That being said, about 90 percent of detention, well all detention centers are effectively prisons. Many of them are housed within prisons. A good 75 to 90 percent of them are housed within prisons and so the conditions are prison-like conditions,” Lipscombe explains. “One is is being monitored by officers 24/7. Officers direct what one does throughout the day at any giving time. There is limited access to the outdoors and to recreational activities. Even though the Obama Administration really advertised this notion of family detention centers, those are also prisons where women and children are housed.The conditions in these detention facilities mirror those of prisons.”

As with the border wall, it’s up to Congress to decide on funding. But when it comes to the human costs, immigration rights advocates say non-citizens are already paying a high price.