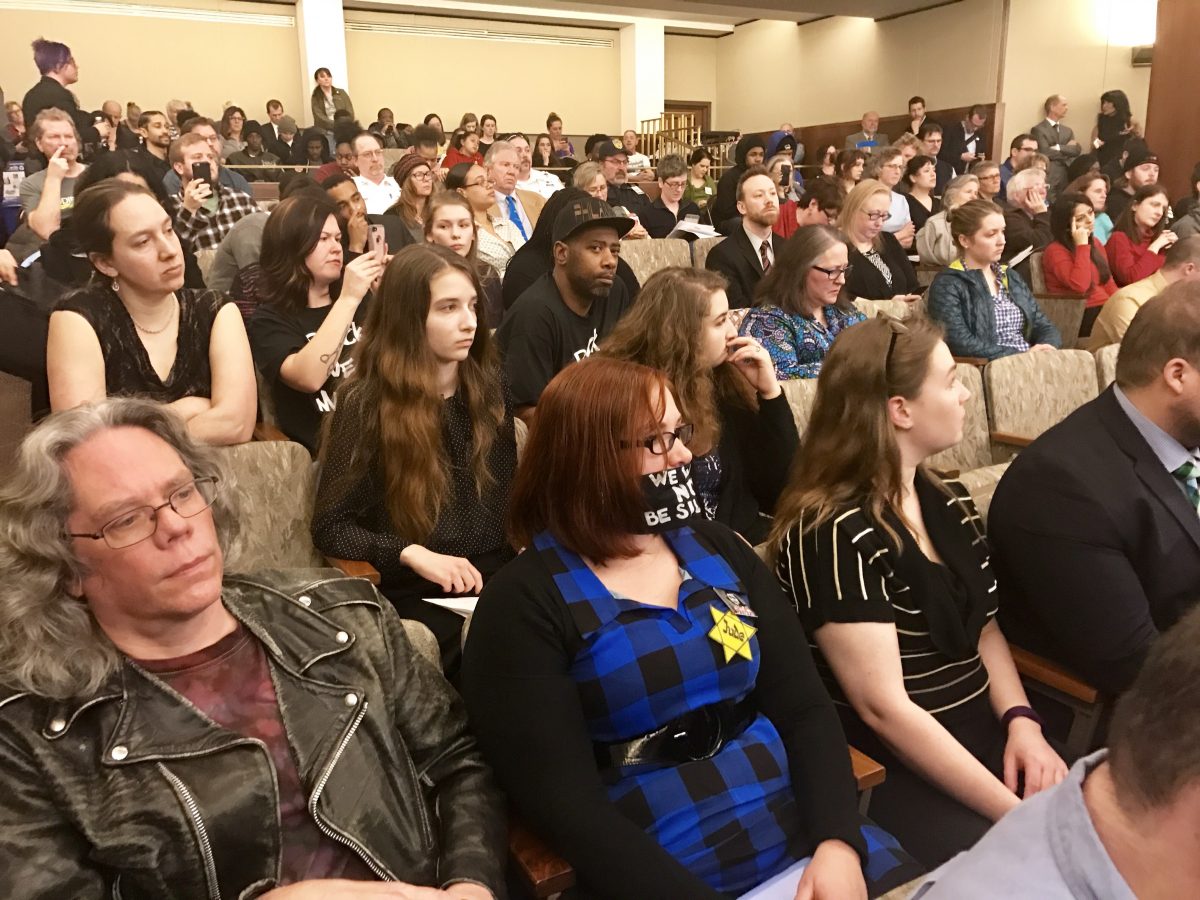 As protests and public dissent in the U.S. swell to levels not seen since the Vietnam war, some state legislatures are considering draconian anti-protest laws. This week, lawmakers in Arizona and Minnesota advanced measures that would penalize certain types of civil disobedience. Jared Goyette reports from Minneapolis.

Amid cries of “Shame!, Shame!” a set of bills advanced in the Minnesota state legislature Wednesday that would increase penalties for protesters who block highways, mass transit systems or access to an airport.

The legislation categorizes those acts of civil disobedience as “gross misdemeanors,” punishable by up to a year in jail and a $3,000 fine. They are part of a national trend of Republican controlled legislatures taking up anti-protest bills since January, explains Spencer Woodman, a freelance journalist who has covered the issue for The Intercept.

Woodman says it’s no coincidence these measures are emerging just as a protests against Trump administration policies sweep the country: “You know, I think the implications are pretty clear. These kinds of new criminal penalties for protesting can have a very concrete effect in terms of people saying, ‘you know what, I don’t want to risk it, I’m not going to show up and I’m not going to make my voice heard, because it could result in years of prison time or thousands of dollars in civil fines, or both.’ So yeah, I think the implication and the aim of these anti-protests law are pretty clear, and this to keep people home.”

In Arizona, the state senate passed a bill this week that goes even further, making participating in or organizing a protest that turns into a “riot” an offense that could lead to criminal racketeering charges. That means authorities could potentially seize protest organizers’ assets and property.

In North Dakota, the site of the Standing Rock protests, a bill that would have allowed drivers who injure or kill someone intentionally blocking traffic to escape liability was defeated by the House of Representatives last week. Proposed measures to severely restrict demonstrations have recently failed in Virginia and Michigan. Other anti-protest bills are still pending across the country, notably in Missouri and Colorado.

In most cases, the bill’s authors have explicitly said that the measures are in a response to specific demonstrations that block highways.

In Minnesota, The Twin Cities were rocked by weeks of highway-blocking protests last summer following the death of a young black man, Phlando Castile, who was fatally shot by an officer during a traffic stop. That officer, Jeronimo Yanez, is now facing second degree manslaughter charges.

Jason Sole, president of the Minneapolis NAACP, sees the bills in Minnesota as a direct response to those protests.

Wednesday’s hearing grew most emotional when John Thompson, a friend and former co-worker of Philado Castile, addressed one of the bill’s authors: State Rep. Nick Zerwas.

“So if you want us to stop, protesting sir, stop giving as a reason to protest, please!” Thompson exclaims. “Because until then, you can charge me with a felony, I’ll be on on these streets protesting you, and white supremacy, sir.”

The ACLU argues that many of these anti-protests bills violate the rights to free speech and peaceful protest guaranteed by the First Amendment. But anti-abortion bills passed in many of the same states show that GOP-dominated legislatures have been very effective at testing the boundaries of constitutional rights, or at least limiting them in practice until the Supreme Court intervenes.