Program travels the U.S. with replica solitary confinement cell to advocate against the prison practice 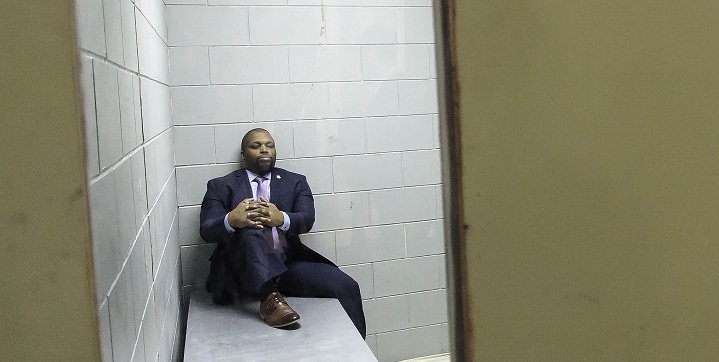 The U.S. Department of Justice has reversed position on another major civil rights issue. The DOJ backed away from its years-long claim that the GOP-led Texas legislature intended to disenfranchise poor and minority voters when it passed its strict ID rules in 2011. The move came just one day before a Tuesday hearing.

It’s not the first shift for the DOJ under  under Attorney General Jeff Sessions. The Department has also reversed support for transgender students, pledged to “pull back” on police accountability, suggested federal anti-marijuana will be more aggressively enforced and reversed an Obama-era pledge to end the use of private prisons.

This despite a  report issued last August by the DOJ itself, in which the Inspector General’s office found private prisons are insufficiently monitored, are less safe and less secure.  The report specifically noted the unnecessary use of Special Housing Units – or solitary confinement.  Under international law, solitary confinement for more than 15 days is considered torture.

Lawmakers in Connecticut are considering a bill that would limit the use of solitary in the state’s prison’s.   A replica of a solitary confinement cell is currently the State Capitol, as part of a program called Inside the Box, which also includes included film screenings, a dance performance and panels of legal experts, lawmakers and individuals who have survived solitary.  MT reports from New Haven.

“What initially got me sent to solitary confinement was, basically, I couldn’t cope with being in prison,” Tucker recalls. “I was in prison for a charge I wasn’t even convicted of, and I was having a hard time, and I was getting disciplinary reports – which they call tickets – for just acting out and not obeying, I guess, direct orders, they call it, from the correction officers.”

Tucker says solitary, known inside prison walls as administrative segregation, was not imposed just for major violations. Correction officers indiscriminately used isolation to punish even minor infractions, like swearing. He says he left prison suffering from PTSD, and took anti-anxiety medication for years.

Connecticut now bans holding anyone under 18 in solitary, but there’s no definitive data on how many other states do, or even what the term means. Jennifer Lutz, with the Center for Children’s Law and Policy, says that many juvenile facilities insist they don’t use solitary.

“But if you go to that facility and get a bird’s-eye view of what’s happening to kids and what kids are experiencing, you’ll find that they do isolate kids in rooms for days, weeks, for minor rule violations and for other reasons,” Lutz points out.

She says isolation, even for a few hours, can have devastating consequences for young people.

In early 2016, then-President Barack Obama banned solitary confinement for children under 18 in federal facilities. This month, Congress introduced bipartisan bills in both the U.S. House and Senate to formalize the ban as law. The so-called Mercy Act prohibits the use of “room confinement” for juveniles in federal detention, except for a period of up to three hours to address a serious and immediate threat of harm to the individual or someone else. It also requires the youth have access to mental health and post-trauma services following their confinement. But with the Republican-dominated Congress and the Trump team’s return to a tough on crime stance, the legislation faces an uphill battle. 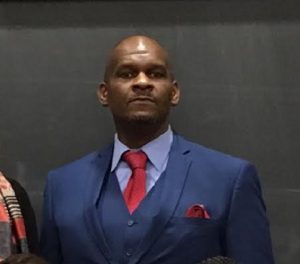 Five Mualimm-ak leads an organization that works on prison issues called Incarcerated Nation. He served 12 years in prison, including five in solitary, hence his name. During a panel discussion, he said there are many reasons to abolish the practice: “Because we’re tired of paying for it, we’re tired of being the victims of it, we’re tired of our families suffering, and we’re also tired of the damage from employees who work in the facilities, right?”

He said he now works with young people, including the children of correction officers.

Some prisoners have been held in solitary for years, or even decades, and are often released directly into the community – a profoundly disorienting and potentially dangerous practice.

Everyone held in the so-called Supermax prison, and in more secure sections of regular prisons, are in solitary by default, as there is no other option in those facilities.

The replica solitary cell that’s traveling the country was built by the National Religious Campaign Against Torture.

“That’s an organization that was started to address U.S.-sponsored torture abroad, but quickly took on, as well, looking at torture in this country, specifically in U.S. prisons and specifically solitary confinement,” explains Rev. Allie Perry, the president of the National Religious Campaign Against Torture.

The solitary cell recently rotated among New Haven’s main library and two libraries at Yale. Visitors to the cell went in knowing they could leave at any time, and most chose to stay from one to five minutes. Even so, Perry said for many people it was a profoundly disturbing experience.

“And the contrast between that – meaning it’s short, just a matter of minutes, and they have complete control – and the reality of actually being in solitary is vast, but it sheds a light on how much solitary, that kind of isolation, really is torture,” Perry says. “To read through the notes, people said, ‘I began to feel like I was going a little crazy, I felt like I could lose my sense of myself, I felt so lonely.’”

Keishar Tucker, who turned 17 while being held in solitary, checked out the replica cell. And even though sitting for a few minutes inside the cell is vastly different from solitary in prison, Tucker thinks it’s a valuable experience.

“A lot of people have never seen the inside of a cell before, and can’t really imagine or picture what would you be doing in solitary confinement or what do you got to deal with, what are you thinking, what kind of pain you’re going through,” Tucker says. “So it definitely brings awareness.”

Allie Perry says the theme of Inside the Box is ‘Experience, Educate, Advocate.’ In Connecticut, a bill is before lawmakers that would codify reforms already made by the state’s Department of Correction, reducing the number of people held in solitary and the amount of time they can be spend there.

The solitary cell just moved to the state capitol in Hartford, hosted by the Black and Puerto Rican Caucus of the General Assembly. Perry says they hope “to encourage legislators to sit in the cell, to have the experience of it, to help to educate them, so they will support this legislation.”

According to the American Civil Liberties Union, 17 bills to reform solitary confinement were passed nationwide in the last year, and a half dozen more have been proposed in 2017.