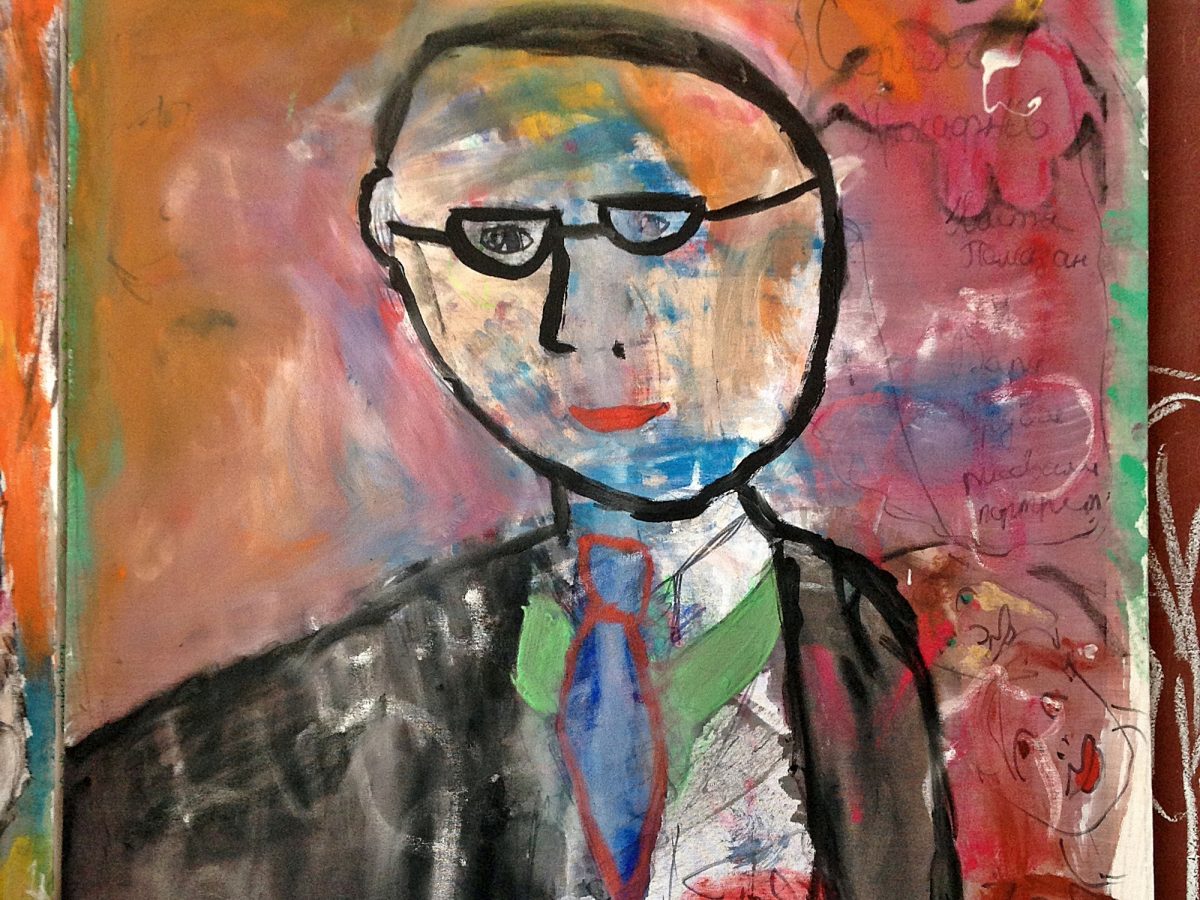 The month of February brought record levels of ceasefire violations in eastern Ukraine, with the city of the city of Avdiivka one of the most affected front line hot spots. For the roughly 16,000 people living there, that’s meant often lengthy periods of time without water, power and gas.

On the outskirts of Avdiivka, a government controlled city on Ukraine’s eastern front-line, sounds of weapon fire echo into the night. February 1st saw more than 10,000 explosions, a new one-day record, observed by the Organization for Security and Cooperation in Europe, also known as the OSCE, which monitors ceasefire violations.

The strenuous conditions in front line towns during periods of ceasefire violations bring increases in shock and stress to the local population.

“Well, the thing about music therapy is every rhythm, every kind of sound, has different influence on the mental state, and you can make influence on this. From this, I choose my repertoire,” Bondas explains. “I start actually with classical music, a little bit Vivaldi, Bach, Mozart, Fritz Kreisler, it’s my favorite composer, he has lovely pieces, very short and very emotional and very positive, so people can get some hope. And then I play also not classical music, like folk music, Ukrainian, Hungarian, Jewish, and then some tango, some jazz, some pop music also.”

At the beginning of the month the city experienced the worst ceasefire violations since the Minsk II agreement, signed in February 2015.

Avdiivka local, Aleksei Savkevich, lives in the city’s old quarter with his wife and two children. His house is some two miles from the front-line and during the uptick in fighting shells fell near his kitchen.

While making tea he tells me one of Bondas’s concerts in the city helped his family to live through this difficult period: “When Marina came to our city during the escalation of this conflict, we had no electricity and we had no water. For me these concerts really give some more power to surviving these events because music really helps to feel that everything will be good.”

“It’s often quite amazing to see how they still try to go about their normal ways,” says Principal Deputy Chief Monitor of the OSCE mission, Alexander Hug, who witnessed how this month’s ceasefire violations affected the civilian population on the ground. “They stand at bus stations while the bus station is shaking from incoming shells just a few hundred meters [away]. But if you look at the people, if you talk to them, you can feel the stress, the permanent stress that they are under, a lot of emotion, a lot of agitation.”

Born in the Soviet Union but having lived in Germany for the past 17 years, Alan Meyer is a Berlin-based Israeli painter. He organizes art therapy paint sessions in eastern Ukraine and believes art can help children to share their thoughts and emotions, which may otherwise be overlooked. But he also says there are limits to what art therapy can do and help.

“I try not to have illusions about the power of the art. Art is not going to, by some miracle, save the world and give world peace, or whatever,” Meyer points out. “I think that art is important, art is something makes life more colorful, because there are always some people who crave for art more than others, that just reality. And if these people cannot have this in these areas, that’s going to be a sad reality.”

Twenty-one-year-old Zhenia Vasilieva attended one of Meyer’s art therapy paint sessions and describes the children’s reaction: “I saw their happiness on their faces, and I was happy, too. This format is unusual for this city and I hope in the future we will practice this format of art-therapy.”

With parents present during the art therapy workshop, Vasilieva says the session had a positive impact for all participants.

“In the first day, when they did frames, this was like family team-building,” Vasilieva says. “And children and parents communicated. This is very important for family relationships.”

Prior to Meyer’s departure from Avdiidvka, he says he wants to teach the children the concept of helping themselves – with art therapy paint sessions providing the basics until his next trip to eastern Ukraine.

“I leave them with the idea that they can do it themselves. Because everything I do is short lessons, it’s not like I sit with them and they draw very slowly, sort of with the pencil. Not something that some person who comes for a short period of time can manage, it’s impossible,” Meyer explains. “What I give them is the impression, the art is something you can do yourself: you have some colors, some piece of paper, piece of canvass, and in one day or two, you have a painting that’s going to be beautiful.”

A truce between Russia-backed separatists and the Ukrainian army was due to come into force February 20, but failed to last half a day.

While Bondas and Meyer try to bring some comfort to the children of Avdiivka, the sounds of battle continue on the eastern front, with little to suggest change any time soon.