Students across the U.S. walk out of high schools and universities in electoral aftermath 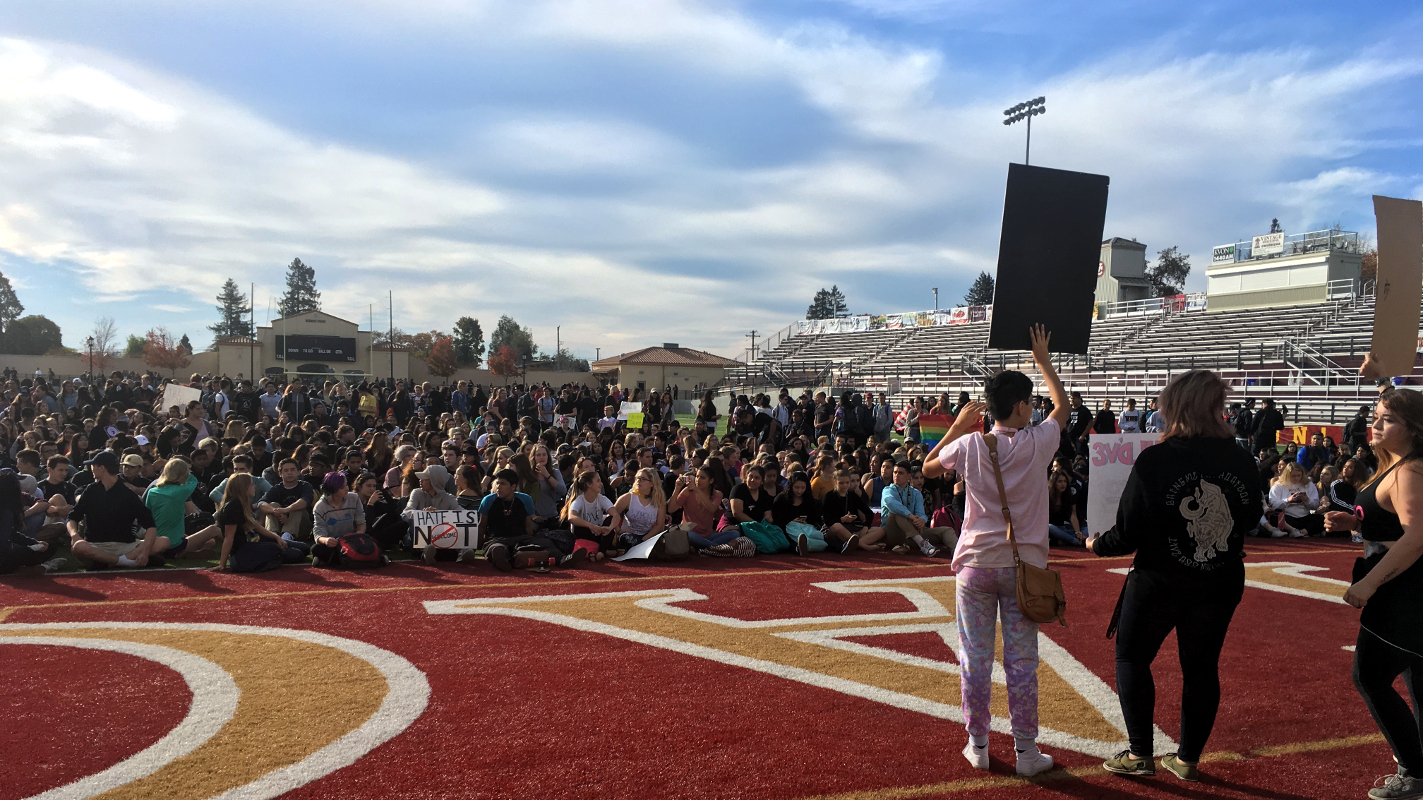 Students at universities and institutes of learning across the country held coordinated rallies Wednesday, calling for their administrations to make their campus sanctuaries for undocumented immigrants. The calls come in response to campaign pledges from President-elect Donald Trump to reverse the Deferred Action for Childhood Arrivals policy, also known as DACA. The program granted temporary legal status to about 500,000 young people brought to the U.S. as children and is but one target of Trump’s 10-point immigration plan.

Student walkouts occurred a multiple campuses, beginning early in the day in the Miami area and followed by Columbia University, Rutgers, University of Indiana – Bloomington, Portland State and more. Exit polls from the presidential election show that millennials across the country overwhelmingly voted against Donald Trump.

High school students too young to vote in this year’s poll are also making political statements with walkouts. FSRN’s Karin Argoud reports from Napa, California that students there – among the first to walkout – plan to seize the moment to organize in the long term.

Hundreds of students from four high schools in California’s Napa Valley were among the first in the nation to stage school walkouts in the aftermath of last week’s elections. They converged on a local football stadium to speak their minds and stand against what they called the hate and division of President-elect Trump’s campaign.

“Our main focus was to have a peaceful protest where we’re respecting everyone’s opinions, while voicing our own and get our point across to the older generations that our opinion matters, and that we are capable of great things, and capable of doing powerful things and change,” says Alyssa Yeager, one of the organizers of the biggest student demonstration the City of Napa has seen in quite a while. “We really hope that people take away the fact that maybe younger generations are not as dumb as they think we are, and we’re not as oblivious and ignorant to politics and politicians as they think we are. We want to make sure they know we are here, we are valid and we just want them to realize that have a voice too want a say in what our future is going to hold.”

High school students in other cities have followed suit, including in Los Angeles, Portland and Denver.

Napa High principal Annie Petrie said faculty got wind of the student-led action the day before, and it snowballed to include students from rival area schools: “The kids who started this really had a vision to unite all the youth in Napa – that was their vision from the get go, and as we understood more about that, then we did everything we could to support it. Their goals were always to peacefully protest and really their ultimate goal was to come together as a community, for one time – we’re not competing against each other – let’s just come together around a cause. I’m just always proud of our kids and how they try to manage themselves. They clearly had a vision for what this was going to look like and the kids leading it are really trying to make sure that that comes to fruition.”

Rally co-organizer Joshymar Graham, a Senior at Napa High School. The 17-year-old says the walkout was a way for students to make a big statement.

“This whole day is about respect, respect that we need to earn and respect that he needs to earn from us as well,” Graham said.  “So I wish that throughout today we preach more love than we do hate, we preach respect than we do separation. And I really just hope that as a nation we can unify under something we all have experienced before and hope to experience again, which is love – so today, that’s what this is all about.”

Graham, who is African American, says he has a lot on his mind after this election and that he’s not the only one:  “It’s actually really surprising how many people actually are so politically active at such a young age. I think it’s an amazing sign for America – I think voting turnouts in the next 20 years are going to skyrocket.”

With social media platforms central to communication among high schoolers, Graham says students are working with their government class to form a group called “Youth Against Hate,” which is using Twitter to build a following.

“I’m reaching out to some of my friends in different areas, because I’m originally from New York. So I was talking to my friends and trying to get to see if we can get this whole national thing, where we can all fall under one banner, and it would be really cool because it’s basically a teen government,” Graham explains. “You have people that represent one of the major portions of this country, which is teenagers, so I really feel like that will be an important step.”

Through online organizing, the students say they can engage in an adult setting, despite not yet being able to vote. And they see the spontaneous walkout as just a start of longer term organized civic engagement.