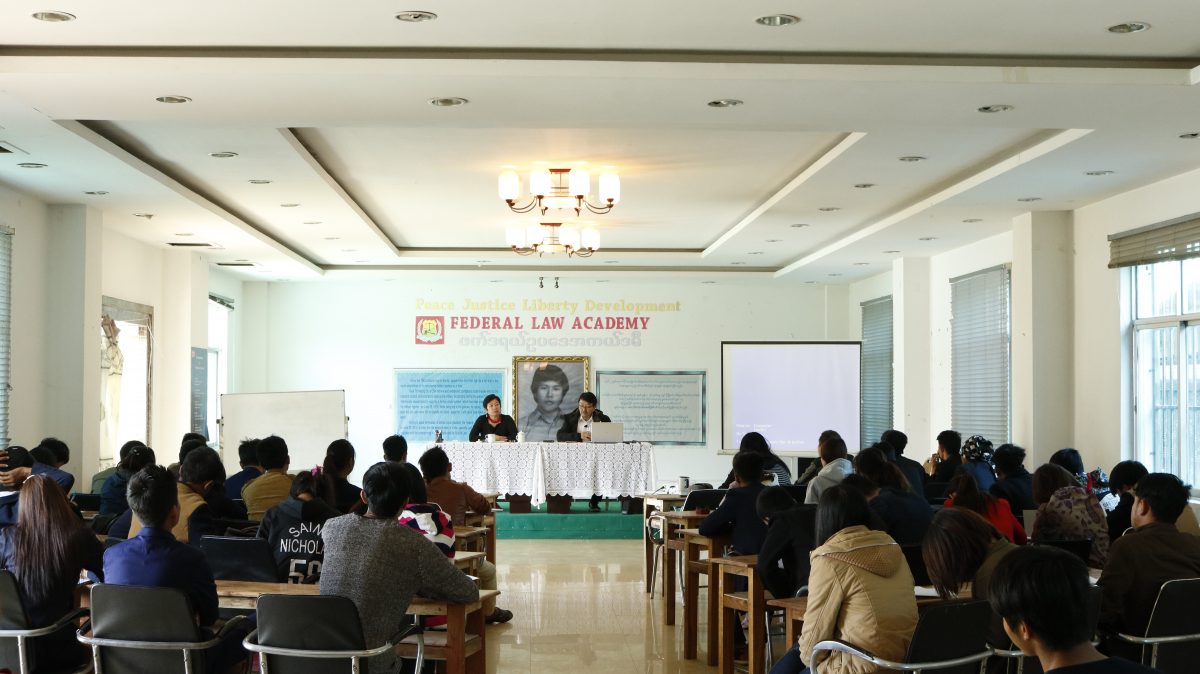 Five years of peace talks aimed to end the decades-long civil war in Myanmar have still not achieved a lasting peace between the central government and marginalized ethnic minorities. Rebels remain skeptical of the government, despite the country’s recent transition to democracy.

The fighting, which began in the 1960s, has left hundreds of thousands of people dead, millions internally displaced, and millions more now refugees all over the world. Yet many people who remain in rebel-controlled areas within the country still hope for peace and some are preparing for its arrival.

Kannikar Petchkaew reports from Maija Yang, an area of Myanmar controlled by the Kachin Independence Army.

Myanmar’s transition from military to civilian rule has not brought peace to many areas with long-running armed insurgencies. The Myanmar government, controlled by ethnic Burmese, continues to carry out military offenses in parts of the country held by rebel groups left out of peace talks.

The Kachin Independence Organization, or KIO, has been fighting with the government since 1962, demanding regional autonomy within a unified Myanmar.

Mai Ja Yang is the second largest city in the KIO-controlled area. Miles away from the battlefields, residents live prepared to evacuate at a moment’s notice.

“Laiza and Mai Ja Yang are like ‘very free towns.’ It means that they going bomb us at any time,” quips Aung Htoo, the founder and director of the Federal Law Academy in Mai Ja Yang. Despite evacuation orders, the school continues to operate with more than 100 students.

The city’s population dropped due to heavy fighting in 2011 and has yet to recover. The KIO rebels have since turned the town into an education hub for ethnic minorities.

Students now make up half of the town’s few thousand residents. Aung Htoo’s Federal Law Academy is among the schools that began operating in recent years.

“And they intended to study law?” FSRN asks Htoo. “That’s what they wanted too?”

“Right, that’s right,” he replies. “Only then they will come here because it is very remote and maybe rather dangerous.”

The Federal Law Academy is the first law school for ethnic minorities in Myanmar’s history.

Aung Htoo says Myanmar‘s law schools are always based in big cities like Yangon, out of reach of ethnic youth in remote regions. The lack of trained attorneys has left these groups unprotected in a legal sense. It’s a trend Aung Htoo hopes to reverse.

Some of the school’s graduates are now working as a team on federal law and regulations, studying examples from other countries of post-civil war transitions to democracy.

Twenty-five-year-old Thu Reh is ethnic Karenni from Shan state. The Karenni National Progressive Party, a rebel group based along the Myanmar-Thai border, sent him here with a $600 a year stipend.

“Our revolution has been about 50 or 60 years, but nothing changed,” Reh says. “If there are a lot of educated people that know about law we can do better and we can change the situation.”

Thu Reh is due to graduate this year. Along with his two friends from the same region, they are poised to become the first three lawyers the party has ever had.

Twenty-four-year-old Mai Htun Myint is ethnic Ta-ang, which has been fighting its own insurgency in the north. He says he came to the school with no background in law, but is ready to take his fight to the courtrooms.

“I think there‘s a lot of things to do for my organization and for my people. [This is] like an arms conflict, civil war – it’s been a long time, for 70 years,” Myint says. “So, we will try to stop the war.”

Aung Htoo believes his students, future lawyers from longtime war zones, will soon achieve a transition from the battlefield to positions within the country’s civilian institutions of power.

“After they achieve their objective in the establishment for the federal union, our law school would be reorganized,” Htoo explains. “Then they will become lawyers.”

Just how successful young people from rebel-held areas are at integrating into a democratic Myanmar and taking on positions of power within its society and institutions may be the true measure of the country’s transition away from more than six decades of civil strife.