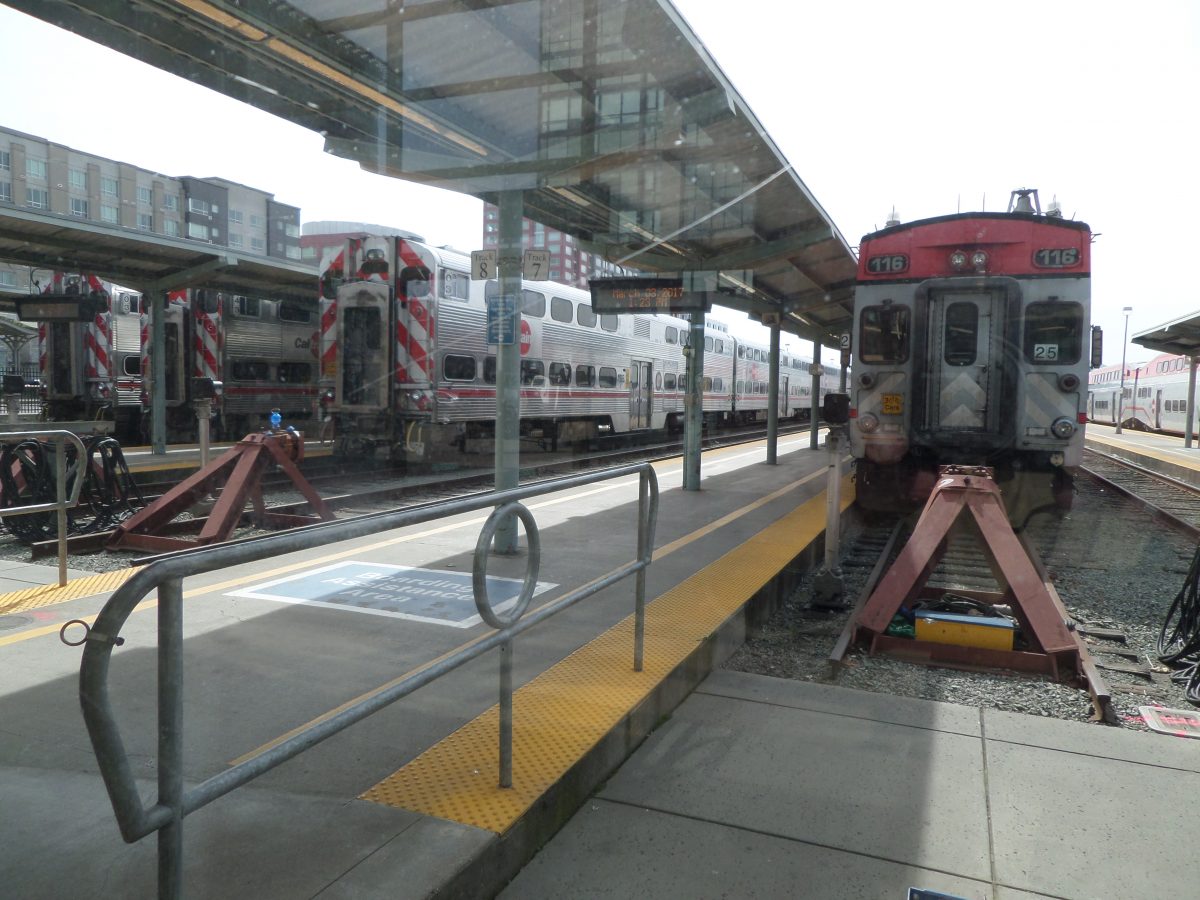 After the White House-backed plan to ‘repeal and replace’ the Affordable Healthcare Act failed Friday, the next major test of the legislative branch’s check on executive power is likely to be in the arena of budget requests. The Trump Administration has requested supplemental funding to building up deportation and immigrant detention capacity as well as to make a down payment on the border wall the president insisted Mexico would pay for.

Then there’s the 2018 budget blueprint, which would cut nearly all areas of government not tied to the military and immigration enforcement. It defunds domestic programs for the arts, humanities and pubic broadcasting.  It also cuts deeply into assistance for rural communities, where the president garnered significant support during the election.

The Washington Post points out Monday that Trump’s first pass at a budget looks nearly identical to a proposal put forth by the conservative think tank, The Heritage Foundation. The budget blueprint also cuts federal funds for things like climate research and mass transit development.

Last month, the administration put nearly $650 million in funding on hold for one such initiative in California: a project to electrify a commuter rail service linking San Francisco to Silicon Valley. The state’s GOP congressional delegation called for the hold until a project audit could be completed. The decision also puts California’s planned high-speed rail network linking San Francisco to Los Angeles at risk.

Earlier this month, contractors agreed to extend their deadline to begin work until summer. That’s when the final fiscal 2018 federal budget is due. Max Pringle reports from San Francisco.

The Caltrain rail system that carries about 60,000 passengers a day between San Francisco and San Jose has been planning on electrifying its lines so it can phase out its dirtier, costlier and less efficient diesel trains.

“By converting Caltrain from a diesel based service to an electrified system, we’ll be reducing regional traffic congestion and greenhouse emissions,” explains Congresswoman Anna Eshoo in a promotional video for Caltrain’s electrification program. She represents part of Silicon Valley.

Caltrain estimates that electrification will reduce greenhouse emissions by 176 thousand metric tons a year and take 619,000 cars of Bay Area roads. It also says the project would increase travel speed and efficiency while creating about 9,600 project-related jobs.

The federal government provides about 43 percent of the funding for local public transportation projects. Trump’s budget would cut about $2.4 billion from the Department of Transportation. That’s a 13 percent decrease from last year.

“The Republican platform that the convention adopted in summer 2016 actually called for the elimination of all federal mass transit spending,” explains Jeff Davis of the Eno Center for Transportation, a DC-based transportation think tank. He’s like many public transportation policy observers who are watching to see how much of this budget blueprint becomes final. “So, we’re going to be very curious to see to what degree President Trump’s first budget in mid-May, reflects those priorities or rejects those priorities.”

Davis says Caltrain electrification was the only project far enough along in the pipeline to have been negotiated with contractors. A major Minneapolis light rail upgrade is now awaiting approval, as is a proposed rail tunnel expansion in Baltimore. Chicago is looking to build out its rail system as are several cities in New Jersey.

Trump has vowed to spend around $1 trillion on infrastructure, but it’s unclear if public transport systems will see much – if any – of that funding.

Ratna Amin is with SPUR. It’s a progressive Bay Area civic planning organization. She says electrifying Caltrain is key to a future high-speed rail line: “The future of California is urban and it’s rail. We can’t keep paving over California. Whether it’s highways, or local roads and parking for cars. In fact, people actually want to be able to use transit, but it needs to be good. High-speed rail is just one piece of modernizing all of California’s rail, even our non-high speed rail could really use an upgrade. Japan got high-speed rail in 1964. We’re really playing catch-up here.”

California Republicans, both in Congress and in the state legislature, have long chided high-speed rail as an expensive boondoggle. Republican State Senator Ted Gaines says the state’s roads and highways are a higher priority.

“Our roads are crumbling and I keep hearing how we need higher gas taxes, higher registration fees to pay for these desperately needed repairs,” Gaines says. “If it’s really desperate, why are we going to waste $100 billion on the rail project? High-speed rail is a disaster that robs money from better, more useful projects.”

Opinions were mixed among a random sample of Bay Area commuters about the benefits of electrification.

“Maybe it’ll be a little bit faster, they say, and a little bit cleaner, but I really don’t see how that’s actually that big of a deal in the long term,” Scott Giddings says.

“I think it’s a great idea. It’s definitely where everything is going in terms of renewable energies,” says Charles Bartlett. “In terms of Caltrain, it’s going to make it more reliable.”

“I do think it’s exciting and the Bay Area is definitely a leader for public transit,” says April Harnett.

Silicon Valley tech executives were in Washington, D.C. this month lobbying for their industry. Many of their employees rely on Caltrain to get to work. Caltrain officials joined them to try and convince lawmakers of the value of electrifying the network.

Trump’s budget blueprint calls for deep cuts to services like public transportation. But it will be Congress who will decide what the final budget will look like.