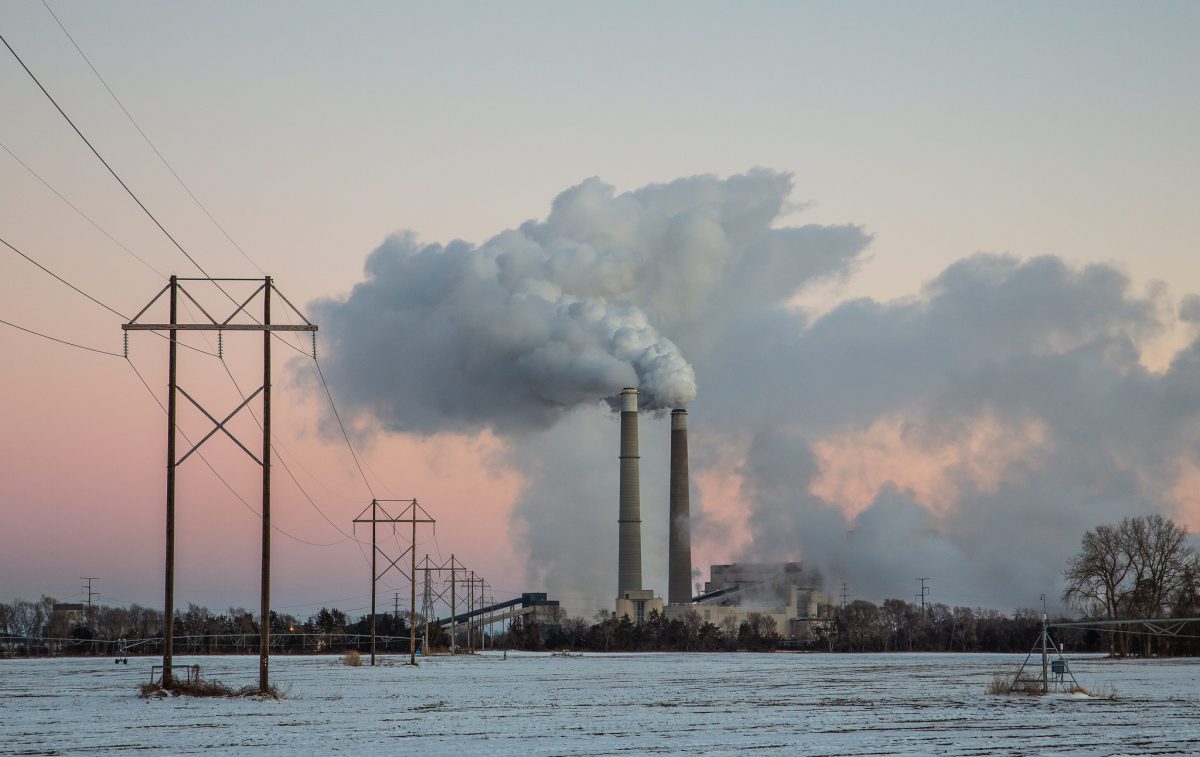 Just two business days after failing to convince congressional Republicans to repeal and replace the nation’s health care law, President Trump picked up the presidential pen to sign an executive order Tuesday aiming to make good on another pledge: a return to coal.

The executive order directs the EPA to immediately begin re-evaluating the Clean Power Plan. Published just ahead of the 2015 UN Climate Change Conference in France, the Clean Power Plan aimed to dramatically reduce U.S. power plant emissions over a 25-year period. The plan, currently on hold pending legal challenges, served as an important bargaining tool during the negotiations that culminated in the Paris Climate Accord.

The executive order also rescinds Obama-era guidance that directs federal agencies to include climate change and its impacts when conducting reviews under NEPA – the National Environmental Policy Act. And, it reopens federal land to coal leases, and lifts restrictions on oil, natural gas and shale production.

FSRN’s Nell Abram talks with Bob Keefe, Executive Director of Environmental Entrepreneurs, or E2 – a national nonpartisan group of business leaders, investors, and professionals – about what Trump’s action means for efforts to address climate change and the future of the green energy sector.

Nell Abram: The Clean Power Plan is the very foundation of U.S. efforts to combat climate change. Bob Keefe, what does plan actually call for?

Bob Keefe: Thanks, Nell. So, the Clean Power Plan effectively gives the foundation for states to cut their carbon emissions from existing power plants by about 30 percent. Now, there’s basically three ways they can do that. Number one, they can clean up dirty power plants. Guess what? That creates jobs and drives economic growth. Number two, they can add more clean renewable energies – solar, wind, geothermal – that creates jobs and drives economic growth. Number three, they can increase energy efficiency in their states, which creates jobs, drives economic growth, and also, by the way, saves consumers, businesses, governments, schools a lot of money. We see the Clean Power Plan as not only the most important climate policy we’ve ever seen in this country, but a huge potential economic catalyst. And by rescinding that, President Trump has effectively kicked about 3 million clean energy workers right in the teeth and told them they don’t care about their jobs.

NA: You’ve gone right to one of the central points often used to justify support for controversial fossil-fuel projects – job creation, jobs. How does the renewable energy industry compare with the fossil-fuel sector in terms of employment opportunities?

BK: E2 has followed and tracked clean energy job growth around the country for a number of years now and we worked hard to produce a number of reports that go really deep in states all around the country as to how many people work in these types of jobs. Our work, by the way, was recently picked up by the Department of Energy and the Department of Energy is tracking this stuff now. What DOE and we have found is that, again, about 3 million people work in clean energy right now, in every state in the country. These are folks that get up every single day and put on their boots and go manufacture and install solar panels, wind turbines; they go make EnergyStar appliances. They go to auto factories and make cleaner vehicles and electric vehicles, whether it’s at Tesla in Nevada or in Motor City in Detroit. These are folks that go into our schools, our offices, our homes, and make them more efficient through better lighting, better heating and air conditioning systems, better windows, better insulation. Three million jobs is a lot of people now. Three million jobs, by comparison, the real estate industry in this country is smaller than that. The coal industry has about 75,000 workers. Now, everybody’s job is important, those coal worker’s jobs are important, but this is the fastest growing industry in America – clean energy. There’s lots of opportunities for coal workers and everybody else to move into these jobs. We need to figure out ways to do that, we don’t need to ignore the 3 million people that already work in this industry.

BK: A clean energy company is just like any other company now. They rely on certainty to grow. They rely on certainty to keep people employed. They rely on certainty to make investments. What the Clean Power Plan did was essentially send a clear market signal to American companies in the clean energy space and in the energy efficiency space that this is the way we’re going – this is the way we’re going and by the way, this is the way the entire world is going when you see that just about every country in the world signed onto the Paris Climate Accord. What President Trump has just done is taken that certainty away from American businesses. They don’t know where we’re going to go next when it comes to clean energy. It’s unfortunate. The good news is that there are states that are still moving forward – California’s one of them, but also New York and North Carolina and Iowa, places all around the country where we have smart governors and smart legislators that are doing the right thing and continuing to move forward on clean energy, even though we have this executive order from the president effectively sticking his head in the sand and saying that these clean energy jobs and this clean energy industry should be ignored.

NA: Let’s put dollars on it. What are the costs to consumers of pursuing fossil-fuel energy sources, versus the potential costs of a transition to green-technologies?

BK: Well, the costs are potentially staggering. CityCorp came out with a report last year that estimated the world economy could lose $44 trillion in gross domestic product from climate change issues by 2060. That’s huge. Companies realize this as well. If you look at companies like Google, Facebook – all of the big technology companies – they’re going 100 percent renewables. Why? Because it’s more efficient, it’s certainly better for the environment and it’s better for our future, but they’re doing it for bottom line reasons. You can get cheaper energy right now from renewables sources – wind, solar, etc. – in some parts of the country than you can ever get from coal. Coal’s more expensive. Nuclear is way more expensive. Natural gas is more expensive in some of these areas. So you have places like I mentioned – Google, Facebook and others – that are going 100 percent renewable because it’s a cheaper way to do business and it’s the right thing to do.

NA: Under an Obama-era rule, government agencies were required to factor in the social costs of carbon when considering proposed projects. What’s the outlook for that rule and how would lifting it affect the move toward renewable energy?

BK: Apparently the Trump administration wants to get rid of that rule and get rid of any kind of rule that would have the federal government look at the cost of this stuff. That’s just simply ridiculous. It would be like letting companies and others spew their garbage into the air or throw it out in the streets and not account for the cost of cleaning that up. The biggest agency in the government is the U.S. military right now. The military has said that this is a huge cost, it’s what the military calls a threat multiplier. The worse the climate gets, the more times we have to send our fighting men and women overseas to protect other countries. We have to deploy thousands of people every single day, protecting the oil supplies out of the Straits of Hormuz. And, as the costs of climate change continue to go up, we’ll have to continue to deploy those folks in faraway lands to deal with things like humanitarian crises, to deal with things like drought and water shortages and other issues that come from climate change. There’s a huge cost.

NA: The U.S. was a leader in the efforts to reach agreement on the Paris Climate Accords. What does this move by the Trump administration say about both U.S. commitment to that and what impact do you think this has on other nations’ willingness to stand by their commitments under the deal?

BK: So, I was in Paris with a number of our members and business people all around the world. The United States has always been a world leader on not just climate issues, but every issues as we know. What this effectively does is says that the United States won’t lead anymore. That’s unfortunate, it’s sad. People need stand up, they need to speak out, they need to contact their lawmakers in Congress and say this isn’t what we want. Poll after poll after poll, as a matter of fact, has shown that Americans want clean energy, they want to get away from fossil fuels, not continue to remain shackled to fossil fuels, which is what this executive order would do. People need to stand up, they need to speak out, and they need to tell their lawmakers that this isn’t what they want.

Bob Keefe is Executive Director of Environmental Entrepreneurs, or E2, a national, nonpartisan group of business leaders, investors, and professionals who advocate for policies that are good for both the economy and the environment.