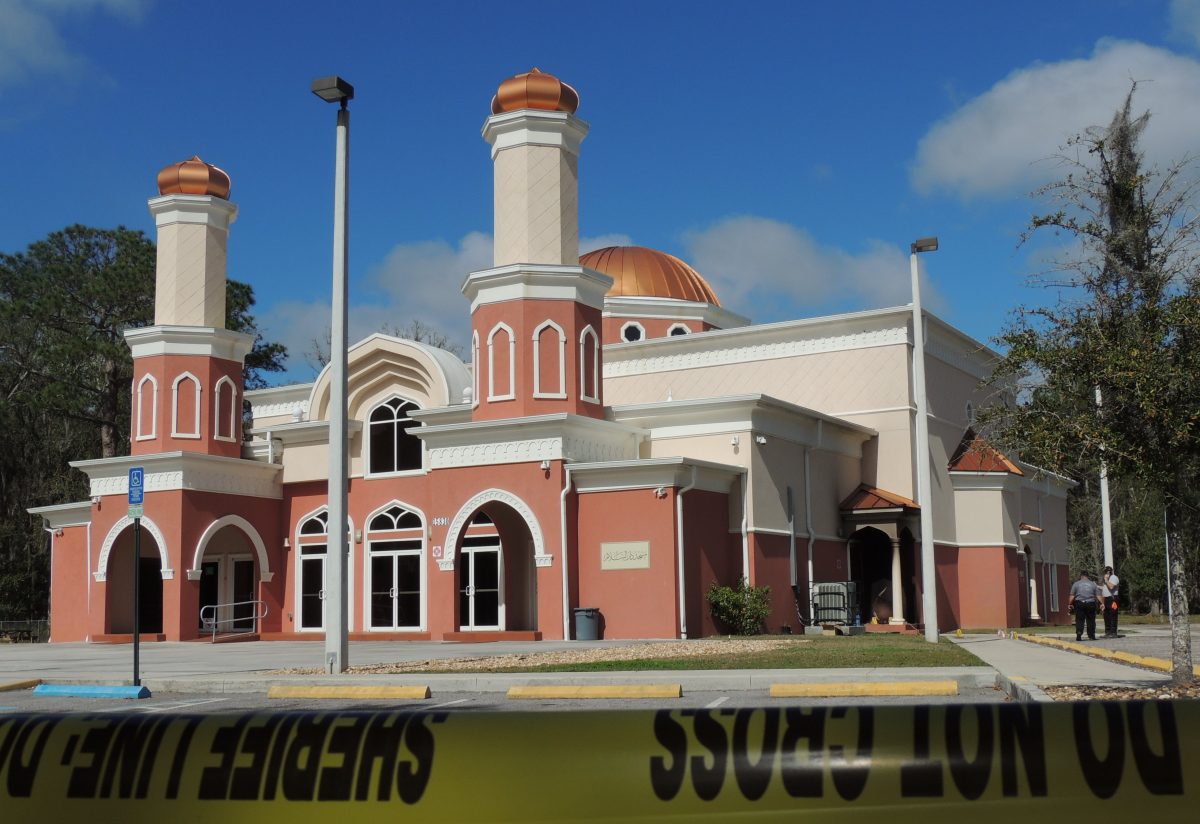 White House Press Secretary Sean Spicer apologized today for remarks he made Tuesday in which said even Adolf Hitler “didn’t even sink to using chemical weapons.” When given the chance to clarify, Spicer blundered again saying that gas was in fact used, but in what he called “Holocaust centers.”

In his apology, Spicer said he made a mistake, asked for forgiveness, and said it was wrong to compare atrocities. But his apology stopped short of acknowledging that during the Holocaust led by Adolf Hitler, millions of civilians, including some six million Jews, were systematically killed, forced into extermination camps where they were gassed to death.

Spicer’s remarks, which he called a gaffe, illustrate an attitude that some say has informed a dramatic uptick in religiously motivated hate crimes recently.

Organizations that track hate crimes say that physical and verbal attacks have increased in the months since the election of Donald Trump and many target religious minorities. FSRN’s Sean Kinane reports, in Florida, Jewish Community Centers have been receiving bomb threats and mosques have been targeted by arsonists.

For decades, Florida has been a choice destination for both U.S.-born and immigrant populations, making the Sunshine State home to a diverse population. But lately, religious minority residents have been made to feel less welcome.

This month, a man holding an AK-47 verbally threatened a Muslim family in Jacksonville, Florida. He was arrested and charged with aggravated assault with a deadly weapon.

Wilfredo Ruiz, communications director for the Florida chapter of the Council on American-Islamic Relations, or CAIR, says incidents like these – and actual attacks – are concerning.

“It’s a life-threatening situation. Somebody eliciting racial slurs, ‘You “f” Muslims. You need to get out of this country,’ while holding a weapon, it’s no joke,” Ruiz explains. “It’s something very threatening.”

“Last year we experienced, in Florida, a 500 percent [increase] in hate incidents, hate crimes,” Ruiz points out. “While the rest of the country, the FBI reported that they had a 67 percent increase, we in Florida reported 500 percent.”

In February, someone set fire to the outer door of a mosque on the outskirts of Tampa. Despite investigations by federal and local agencies, no one has been caught.

The city’s mayor, Bob Buckhorn offered a swift condemnation: “There are tens of thousands of Tampanians, who do not happen to be Muslim, but, today stand with our Muslim community and say ‘Not on my watch. Not in my city. We will not tolerate this. We will stand up in the face of opposition. We will stand up in the face of anybody who would choose to demonize anybody for any reason, specifically and directly because of their religion. This is America. Our America. Their America. We don’t tolerate that.’”

In February, a man pleaded no contest to charges of setting fire to a different Florida mosque in 2015. He faces 30 years in prison. But it’s not just Muslims who have to worry about hate crimes: anti-Semitic attacks are on the rise as well, as Mayor Buckhorn points out.

“This is no different than the wave of anti-Semitic attacks on Jewish community centers and synagogues and bomb threats that have been called in, all across the country, including in Tampa, over the recent months,” Buckhorn says.

As with the mosque fires, there have also been vandalism attacks targeting symbols of the Jewish community. Grave stones have been destroyed or toppled in Jewish cemeteries in St. Louis, Philadelphia and Rochester, New York in recent months.

“From November 9 to March 31 there were a total of 97 bias incidents that we tracked in Florida alone. Six were targeting Muslims, 22 were anti-Semitic in nature and 11 of them were instances of swastikas being spray-painted in an act of vandalism,” explains Ryan Lenz, senior reporter for the Southern Poverty Law Center’s intelligence project, who attributes the spike to the rhetoric from the presidential campaign. “And I think those causes are quite clear at this point. The alternative-right or the alt-right has risen to a level of prominence ushered in on the wave of this last presidential campaign. And they seem pretty intent on making sure that the ideologies that were mainstreamed over the course of the campaign don’t leave the public eye anytime soon. I think it’s a troubling reality that we’re dealing with here, these continued bias incidents, and it’s going to take a lot more than someone saying, ‘I just disavow these groups,’ then, to make it go away.”

Nationwide, the Southern Poverty Law Center documented more than 100 phoned-in bomb threats to Jewish Community Centers in January and February alone. In March one suspect was arrested – a Jewish citizen of both Israel and the United States living in Israel.

It’s unclear if authorities suspect he is responsible for all of the threats. But what is clear is that the spike in anti-Islamic and anti-Semitic threats and attacks likely won’t end anytime soon.