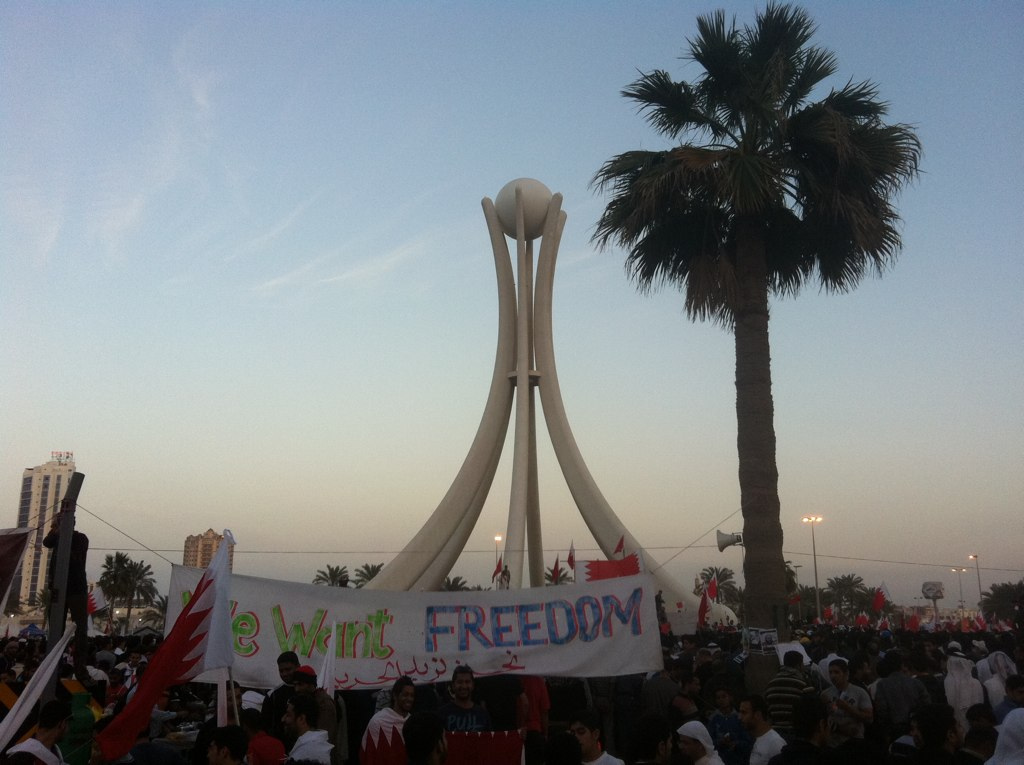 Bahraini activist Zainab al-Khawaja was released from prison Sunday after serving nearly a year on charges related to her participation in pro-democracy protests. The daughter of a prominent dissident, Khawaja became an international go-to source on the democracy movement in Bahrain via her Twitter account, @angryarabiya. Over the weekend tens of thousands participated in pro-democracy protests to mark the third anniversary of the start of the movement.  In 2011, demonstrators camped at the Pearl roundabout for more than a month, calling for the Sunni-led monarchy to make way for an elected government. Bahraini security violently broke up the camp in March of that year.

For an update on the situation, FSRN spoke with Maryam AlKhawaja, Acting-President of the Bahrain Center for Human Rights and sister of Zainab Al-Khawaja.