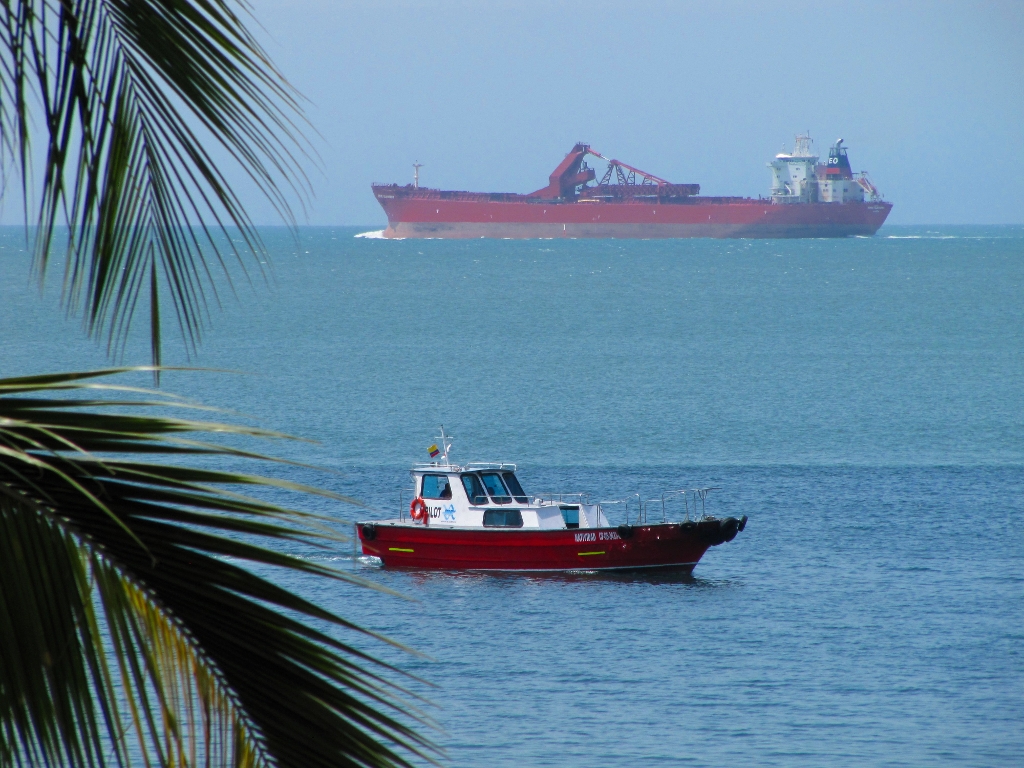 Colombia is the world’s fourth largest coal producer. Alabama-based mining company Drummond ships about 90,000 tons of coal from the nation’s Caribbean coast daily. The company has faced a slew of accusations of environmental recklessness since it began operating in Colombia in 1995. Jennifer Dunn spoke with residents in the port city Santa Marta, about how Drummond is impacting their lives.

At 6 a.m. Toni Mesa begins preparing the morning’s catch for sale; today it’s sea bass and red snapper. He has started his day roughly the same way for 4 decades here on Colombia’s northeastern coast. He calls out to other fishermen, hauling nets in behind their small, weathered boats. Sunlight warms the cactus-fringed hills lining the shore. Frigate birds swoop at the end of the dock, and the first tourists of the morning wade into the calm Caribbean water.

TONI MESA: We used to make a good living as fishermen. In the years Drummond has been here, our catches have declined by 60%.

He points to a Drummond ship loaded with coal cutting across the horizon.

MESA: The coal is killing the marine life. You can see dead fish floating here on the water every morning.

A mile down the coast, in Santa Marta harbor, 62-year-old Juan says he will soon give up his 45-year fishing career.

JUAN: We used to live well as fisherman. Now I can’t even cover my overhead. Drummond dumped coal out there, and they just left it on the ocean floor. The fish have mostly gone. What creatures would stay here, in this filthy water?

In 2013, Drummond dumped more than 2000 tons of coal from a sinking barge into the ocean. The company denied the accusations until local activist Alejandro Arias produced photos. The incident led to a fine of 3.6 million dollars, but it wasn’t the first time the company has denied accusations of environmental recklessness.

For years, residents of Santa Marta have been complaining about coal dust in the air, kicked up by Drummond’s crane and barge loading operations in the Santa Marta port. In January, the government banned those operations, when Drummond failed to meet deadlines for building an alternative, conveyor-belt loading terminal. But only days later, the ban was lifted and Drummond intensified loading operations to make up for lost days. Local media expressed public outrage.

ALDABERTO DIAZ: We are tired of outsiders speaking badly about our company, we won’t tolerate more criticism! Drummond cares about the environment! Drummond protects marine life!

Aldaberto Diaz works for Drummond. When asked about the fishermen’s concerns about declining fish populations, Diaz responded with a list of familiar talking points.

DIAZ: Look, any project will have some impacts. But Drummond does everything possible to minimize environmental damage. We employ locals, we have many positive public programs, and we help the economy. Everyone in the community benefits.

But Claudia Rios, who runs a restaurant a few blocks away, feels differently.

CLAUDIA RIOS: We don’t feel any benefits. The coal dust is hurting our business. Everything gets dirty, it even gets in the food.

Javier Campo sells tamales by the shore. He says his business is also suffering.

JAVIER CAMPO: People come here, they see this black sludge on the beach, and they leave. They don’t want to swim or spend time here.

ALEJANDRO ARIAS: A 2012 independent study showed that 7 out of 10 air particles throughout Santa Marta contain coal dust. This is the air we are breathing right now. Contraloria GeneraL de la Republica- The Comptroller General’s office- published their findings that Drummond intentionally manipulated their readings to show better air quality. They consistently deny or downplay the extent of damage they are doing to the environment. That is not caring about the community. They have to at least acknowledge where the problems are, in order to move towards a solution. We don’t expect them to leave, but we do expect them to be more honest.

Arias is working on many fronts to push Drummond towards more accountability and says he won’t stop until he sees the company act more openly and responsibly.

ARIAS: Anyone can make mistakes, but they should own up to their mistakes. The most horrific part, is their patterns of lying to us. We aren’t idiots. We are thoughtful people in a developed society. Maybe Drummond bosses don’t know we have cell phones, and tablets here. We are capable of taking photos, documenting their spills, of seeing their impact on the environment. We are on a mission to protect ourselves, to demand dignity and respect. And that is bothering Drummond.

Drummond has faced lawsuits in the U.S. alleging its involvement in assassinations of Colombian labor rights leaders and their supporters. Arias received six death threats last year, which he believes are directly linked to Drummond. But he and other activists feel an obligation to continue their work, despite risks they may face. Drummond generates 480 million dollars in tax revenue annually for the Colombian government, and penalties for their mistakes have most often come in the form of fines, rather than shutdowns or stricter enforcement of regulations.