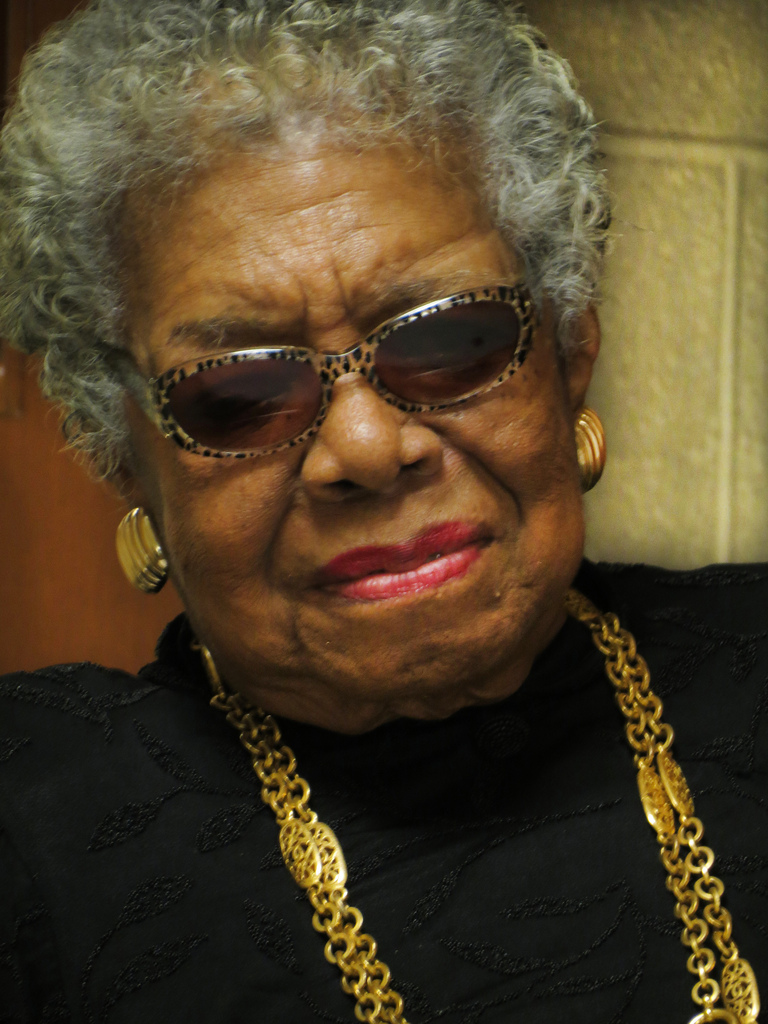 A woman called Maya, 1928 – 2014. Maya Angelou had to be the name of a poet. It is too perfect, too lyrical to fit any other personality. Born on April, 4th, 1928 as Marguerite Johnson in St. Louis, Missouri she blazed an incandescent streak across the heavens as a voice of memory, as poet, actress, author and activist. She taught generations of students as an honored professor of literature.

As as a young woman she struck the boards as an African dancer, and she was a close friend and colleague of Malcolm X, working briefly as a leading member of his post Nation of Islam grouping, the Organization of African American Unity. During the early 60s presidency of Kwame Nkrumah, Ghana attracted activists from around the world, especially black Americans. Maya Angelou would be among them, making West Africa her home. There she would meet Malcolm again, tanned dark by the African sun, goateed and fresh from form his haaj to Mecca, appearing at her door.

The assassination of Malcolm X seemed to have marked a turning point in her life, for it seemed like “the work of crazy people,” she said. She got a call while visiting a relative in San Francisco and the news of Malcolm’s fate numbed her into shock. Her brother appeared at the house unbidden and drove her away.  As they walked the city’s black district, then the Fillmore, the conversation was about Malcolm but decidedly negative. “He got what he deserved,” said one. “Serves him right,” said another. Her brother turned to her and said, “These are the people that man died for.”

She would thereafter write, mother, teach and mentor. Her autobiography, I Know Why the Caged Bird Sings, a tale of childhood betrayal, vengeance and death would be joined by works of poetic wonder, light and hope. Her majestic contralto would lend a presidential inauguration a nobility it did not deserve when she delivered On the Pulse of Morning, reciting “History, despite its wrenching pain cannot be unlived, but if faced with courage, need not be lived again.” It seemed more fitting for her own extraordinary life. She is the mother of Guy Johnson, a brilliant novelist.

Mumia recordings made possible by Noelle Hanrahan and prisonradio.org