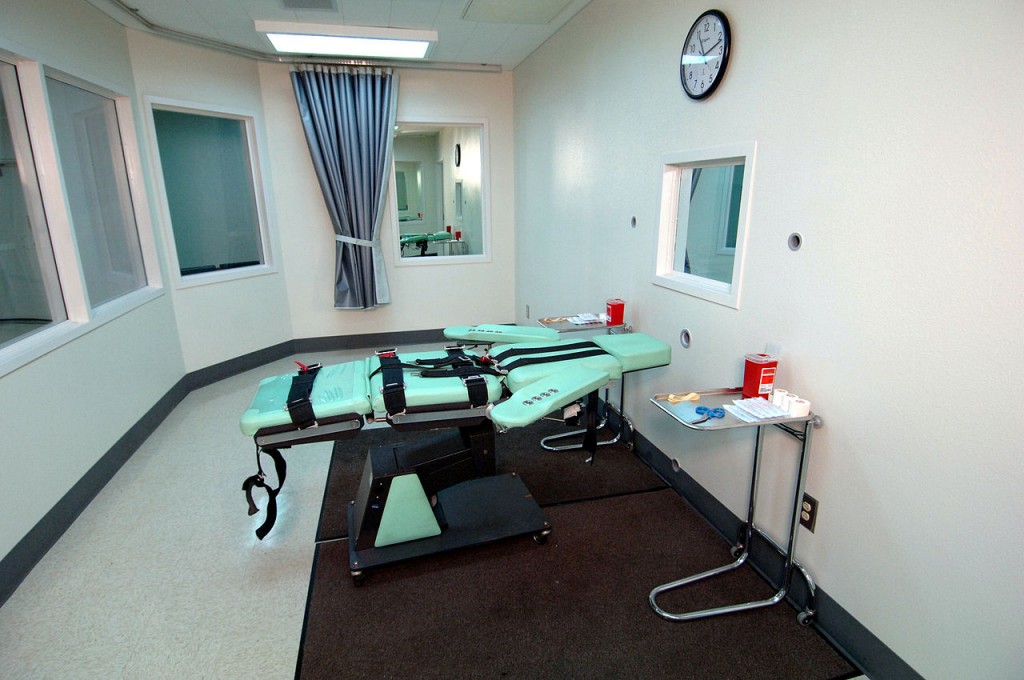 The U.S. Supreme Court ruled today in favor of a developmentally disabled man on Florida’s death row, saying states must consider more than just an intelligence test score to determine if a prisoner with borderline intellectual disability can be executed.

The justices ruled that Florida, and by extension any other states, cannot rely solely on IQ score to determine mental disability. FSRN’s Sean Kinane spoke with Mark Elliott, Executive Director of Floridians for Alternatives to the Death Penalty.

So, what the court decided today (May 27, 2014), and this is reading from the decision, “Florida’s law contravenes our nation’s commitment to dignity and its duty to teach human decency as the mark of a civilized world.” They struck down Florida’s hard, bright line on determining intellectual disability.

Sean Kinane: So what that means is that someone who might test above 70 could still be considered ineligible to be executed?

ME: Under the current law in Florida, anyone above that is not intellectually disabled — therefore can be executed. This is determined these statutes are written in the Legislature, so it’s going to have to be re-determined. And there’s no margin of error taken into account in Florida. These tests, you know, there’s a margin of error; it’s not a hard, fast line.

In 2002 the U.S. Supreme Court in the Atkins decision declared that – well, it banned states from executing inmates who are intellectually disabled. But it left it up to the states to determine what makes a person intellectually disabled or not. And states like Florida – particularly – Florida is the only state that this hard and fast line – tried to make it an easy path to execution here. So we’ll see what happens next.

SK: What do you anticipate in Florida, especially with inmates who are on death row and who might be on the edge there, who might test near 70,are their death penalty cases going forward?

ME: Well, they should be given a chance — their attorneys, of course, not them – to demonstrate if [they] are intellectually disabled as will be determined by the courts. So it’s going to make it possible for people to present evidence – evidence to be presented on their behalf – that everyone should be held accountable and culpable for their crimes, however it’s recognized that we treat people with different levels of culpability if they’re severely mentally ill or intellectually disabled or they were coerced or whatever. There’s other factors that mitigate and this is certainly one of them.

SK: And finally, what are the implications here for the whole country, not just in Florida?

ME: You know, every state has determined their own system for determining if someone is intellectually disabled or not, sufficient to be executed and I would expect it’s going to cause some reexamining of some cases that are on the borderline.

This is just one of many faults in this government program that is our death penalty system here. You know, we’re fast-tracking executions now. We’ve had 24 exonerations of people on death row. There’s coerced confession, prosecutor misconduct, virtually no accountability or oversight for this hugely expensive program that decides who’s going to be killed. And we as the citizens of this state sign off on these killings; they’re done in our name.

And we have life without parole; we have other ways of dealing with holding a person accountable without a government program to decide, you know, if it’s going to kill someone or not. It’s just too many mistakes and this is one of many.

Florida is the only state – virtually the only state – that does not require a unanimous jury to recommend death. We’re alone in that just like we were alone with this hard line at 70 points to determine intellectual disability. It’s caused a wrath of wrongful convictions and wrongful sentences of death and in cases that, you know, we just don’t know. But it’s like an easy path to the execution chamber for prosecutors and that’s something that needs to be changed among quite a few other things with this system. And the reality is the death penalty program in Florida is broken beyond repair.

SK: That was Mark Elliott, executive director of Floridians for Alternatives to the Death Penalty (http://fadp.org/).