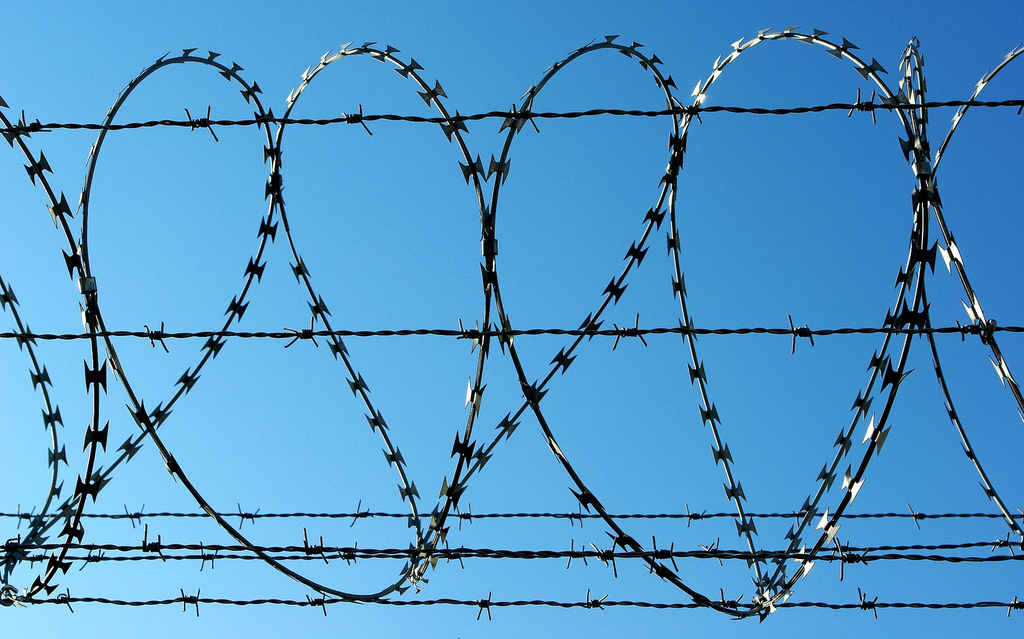 Of the 2.5 million Americans in prison, only a small percentage are women, yet females convicted of crimes are jailed at a higher rate than men are and most are charged  for non-violent offenses related to the war on drugs. Female prisoners face a different set of challenges than their male counterparts: more Are custodial parents, they face higher rates of mental illness and inmate on inmate violence by females is more frequent. A group of women who were held at the federal prison in Danbury, CT, are organizing a rally on June 21st  in Washington, D.C. to draw attention to these women and to call for changes in the criminal justice system. Melinda Tuhus reports from New Haven.

In 1980, 13,000 women were in state and federal prisons. But as a result of the drug war and “tough on crime” legislation that imposed mandatory minimum sentences and eliminated parole there are now more than 100,000. And if you add those in local jails, it’s 200,000.

Andrea James was one of them. A former lawyer, she served two years in Danbury federal prison for wire fraud. She started the group Families for Justice As Healing with a few other inmates in 2010 and now, on the outside, serves as its director. That group is spearheading the Free Her rally.

Many women have been caught up in the war on drugs, sometimes as active participants and sometimes as unwitting accomplices of the men in their lives who are drug dealers. Marc Mauer is with the Sentencing Project, which studies incarceration trends. “Much of the increase for women, even more so than for men, tracks along with the war on drugs and the stepped-up pace of arrests and prosecutions,” he explains. “So today, about one of every four women in prison is incarcerated for a drug offense; for men the figure is about one of every six.”

Beatrice Codianni, who served 15 years in Danbury on a racketeering conviction related to her membership in the Latin Kings gang, said women in prison have issues that men don’t, like the fact that many of them are custodial, often single, mothers. “I also think that because men get a lot of the attention in the war on drugs and everything about mass incarceration and they don’t really talk about women,” she says. “So, this was a good way for the movement to bring attention to the number of women who are behind bars. As women, we need to stand strong for our sisters.” Codianni was released in 2009, and works as managing editor of ReEntry Central, a website that offers news and resources for professionals working in the fields of reentry and criminal justice reform across the country.

Rally organizer Andrea James thinks incarcerated women deserve compassion, especially mothers who are separated from their children, but knows many people judge them harshly: “If you can’t feel, you know, compassion for the women we’re talking about, think about what it must be like for children, who were with their mothers one day and then their mothers are just extracted from their lives for these unconscionably long periods of time, and what that results in terms of the well-being of these children.”

Acoording to the Sentencing Project, a national group that advocates for sentencing reform, one in every 50 children in the United States has at least one parent in prison, most serving time for non-violent offenses. More than 60 percent of parents in prison lived with their children before they were incarcerated.

Meanwhile, the cost in money and suffering is huge. In 2010, states spent almost $50 billion operating prisons. States also paid additional expenses for mental health, child welfare, medical, and economic support services for the children of incarcerated parents – children who use these services at higher rates than do other children. Recent studies show that children suffer long-term emotional damage when separated from their imprisoned parents.

James says the rally has three goals: to raise awareness of the increase in incarceration of women and its impact on our children, and our communities, to encourage President Obama to commute the sentences of women serving non-violent drug offenses in the federal system, and to to support legislation to reduce the use of mandatory minimum sentences and take another step toward equalizing penalties for crack and powder cocaine for those already incarcerated for cocaine offenses.

Another legislative goal is support for an amendment to restore federal parole, which was eliminated when mandatory minimums were introduced to the federal system.