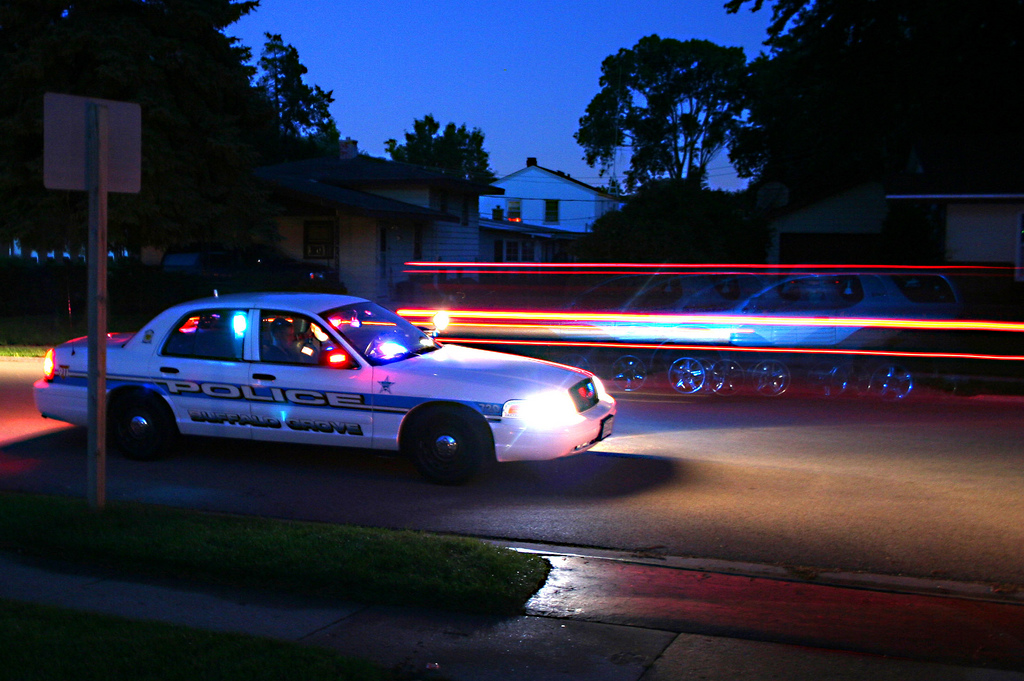 New Haven, Connecticut is just one of many U.S. cities that have taken a new or renewed interest in civilian review of police conduct after  multiple police shootings of African American men and boys in 2014 sparked nationwide protests.

In 2013, New Haven voters  approved a change to the city’s charter that started a process of researching various options. The Board of Alders recently held a public hearing that drew a full house to City Hall. Every speaker championed a board with real teeth to replace the ineffectual current review board. Melinda Tuhus reports that there are as many ways to structure civilian oversight of police conduct as there are cities that have some kind of review process.

Emma Jones, a community activist and lawyer, told a packed public hearing  that “people are very much interested in having a board that is, first of all, independent from the New Haven Police Department, and that there is independent investigation and there’s a budget there for a staff, and that there is subpoena power, to be able to compel people to come and give testimony.” Jones’s 21-year-old son was shot and killed in New Haven by an East Haven police officer in 1997.

A decade ago, she and the head of the civilian review board wrote a proposed ordinance for a stronger board but it was never enacted. At the hearing, alders encouraged her to rework the ordinance which contains provisions that many supported in their testimony. Jones said she was encouraged by the response of both the alders and the community.

About the same time Jones was working on her ordinance, New Haven’s then-mayor issued an executive order establishing the current police misconduct review body. It operates under the New Haven Police Department’s Internal Affairs office, reviewing written cases that come from the police department. It currently has no staff and has not met in many months.

In earlier public hearings, many residents spoke of the need to establish an effective civilian review board. In 2013, the city’s charter revision committee recommended — and voters agreed – that language governing the board be established by city ordinance, which would enshrine it in law.

Alder Jessica Holmes co-chairs a joint committee of Legislation and Public Safety, which held the public hearing. She says two critical questions must be answered before alders can move ahead with restructuring the civilian review board.

“If that body does not have subpoena power,” Holmes said, “then it’s much less clear that that body would be able to get to the bottom of their own investigation, and they might have to rely exclusively on the investigations done by Internal Affairs, which is how the Civilian Review Board worked  previously. That’s a significant legal question — about whether or not that function can be given to the Civilian Review Board.”

Holmes said another key question is if so, what role the Civilian Review Board could play. There is also a broader issue to consider, Holmes says.

“Civilian review boards often don’t have the intended effect that people want, which is to have, of course, a better relationship between community and police, where you have a real ongoing dialogue of respect between police and community members,” she added. “Often the headlines that we hear about are related to police brutality, but the seeds of the violence and the injustice that people feel often start much, much earlier.”

There are several types of civilian review across the country, according to Brian Buchner, president of the National Association for Civilian Oversight of Law Enforcement.

“They range from independent police auditors and inspectors general, civilian review boards, and different professional offices of oversight, and the different approaches to oversight include both full-time paid professionals as well as volunteers, for example, volunteer board and commission members that have some role in overseeing their local police department.”

Buchner says there are more than 200 civilian oversight entities in US, including most major cities, and no two are alike. He says each one is crafted to best meet that community’s needs, so no single model can be held up as the most effective one in providing justice for residents while protecting the rights of officers. Most make recommendations, but some have more power. For example, he says, the San Francisco Police Commission and the Chicago Police Board both have disciplinary authority over their respective police officers.

Sam Walker, a retired professor of criminal justice at the University of Nebraska, is an expert on civilian review of police. He says there’s often a problem when complaints are handled by a police department’s own review process. “Internal Affairs will complete its investigation and then the determination – the complaint is sustained, not sustained – isn’t consistent with the facts that they have uncovered,” he told FSRN. “So there’s this leniency toward the officer. That’s been found to be a serious problem.”

Buchner says there’s been an increase in interest in civilian oversight, even before the well-publicized police shootings of several African American men and boys in 2014. He adds that the field is changing to a more pro-active focus in that “oversight entities are now looking beyond individual cases or individual investigations of police misconduct or use of force by police. Oversight entities are now having a broader, more systemic focus in some of their work, and they’re working more collaboratively and pro-actively with law enforcement agencies to identify issues before they become more problematic or more systemic, to address them earlier on.”

Back in New Haven, the Board of Alders is continuing to research the issue, and will be holding more conversations about the best way to implement a civilian review board that responds to the needs of its community.