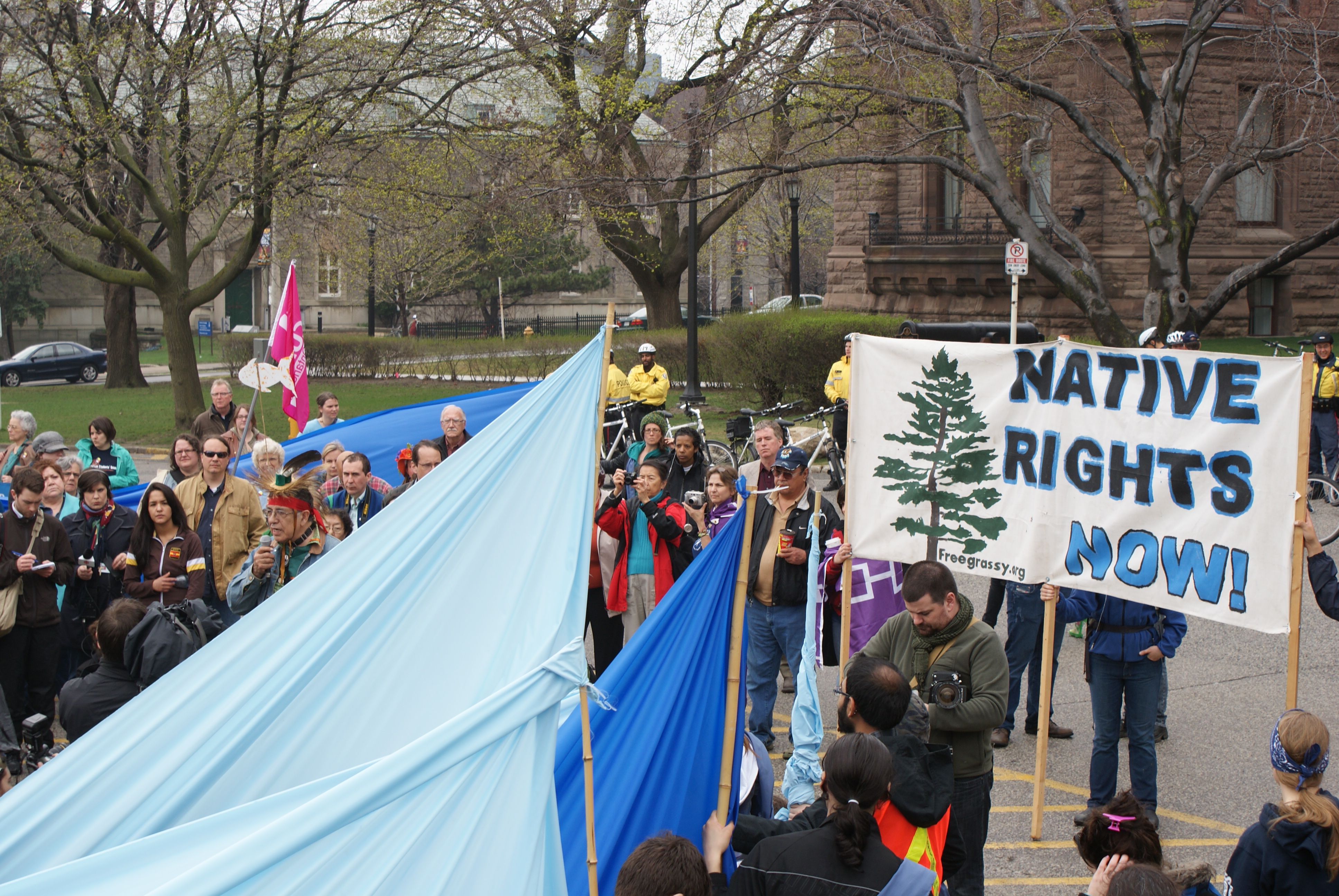 A delegation from the Grassy Narrows First Nation traveled more than 20 hours by car from their community in northern Ontario to Toronto. 50 years ago, massive amounts of mercury were dumped in their water supply and they’ve suffered ever since. They say the government has ignored their needs, and they are demanding action. Erin Hudson reports from Toronto.

More than fifty years ago, a paper mill dumped 20,000 pounds of mercury into the river system surrounding the homelands of Canada’s Grassy Narrows First Nation. Ever since, the people downstream have suffered the effects of mercury poisoning, including tremors and loss of muscular and sensory control.

“You lose your coordination, your speech, and you’re dying,” says Grassy’s former chief Steve Fobister, who is in constant pain due to his exposure to mercury. “Your body breaks down one piece at a time. It’s very painful.”

He staged a hunger strike this week, demanding government action. He describes some the effects of mercury poisoning.

“What compelled me to go on a hunger strike,” explains Fobister, “was a young woman came to me barely 20-years-old and she had a son that was one-years-old and had developed seizures — six times a day. Imagine.”

The details of how more than 2,000 people were poisoned were kept quiet as part of an 1985 out-of-court settlement between Grassy, and the Ontario and Canadian governments. The settlement established an independent Mercury Disability Board to provide adequate health care and dispense compensation.

According to a report commissioned by the board in 2009, the care and compensation being provided isn’t enough. The report admonishes the Canadian and Ontario governments for their conscious inaction, high burden of proof for affected residents seeking compensation and, for those who do receive compensation, the comparatively small amount awarded.

The report was quietly released in 2010 — so quietly many Grassy residents, many of whom are living with disabilities caused by the mercury, didn’t even know it existed until this spring, including current chief Roger Fobister.

“Being a new chief and being the head of the Grassy Narrows government I take the issue of mercury pollution seriously,” says Chief Fobister, “so when that report was mentioned we decided well let’s take this report and talk about it with the government of Ontario.”

The board’s chairperson told media that a briefing on the report was given to Grassy’s board representatives and a community meeting was held. The Ontario Minister of Aboriginal Affairs plans to visit Grassy next week, and says he intends to launch an investigation of the board.Photo

About 30 Grassy residents are in Toronto this week to stage a series of protests. They’re demanding an apology and want the Ontario government to accept responsibility, to provide adequate compensation and to ensure quality healthcare for those affected. They also want the polluted river system cleaned up and are calling for a moratorium on clearcut logging on their territory. .

The largest action planned for this week is a River Run protest, where demonstrators will personify a river, marching towards the Ontario legislature. 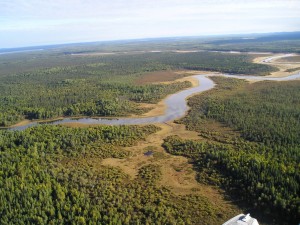