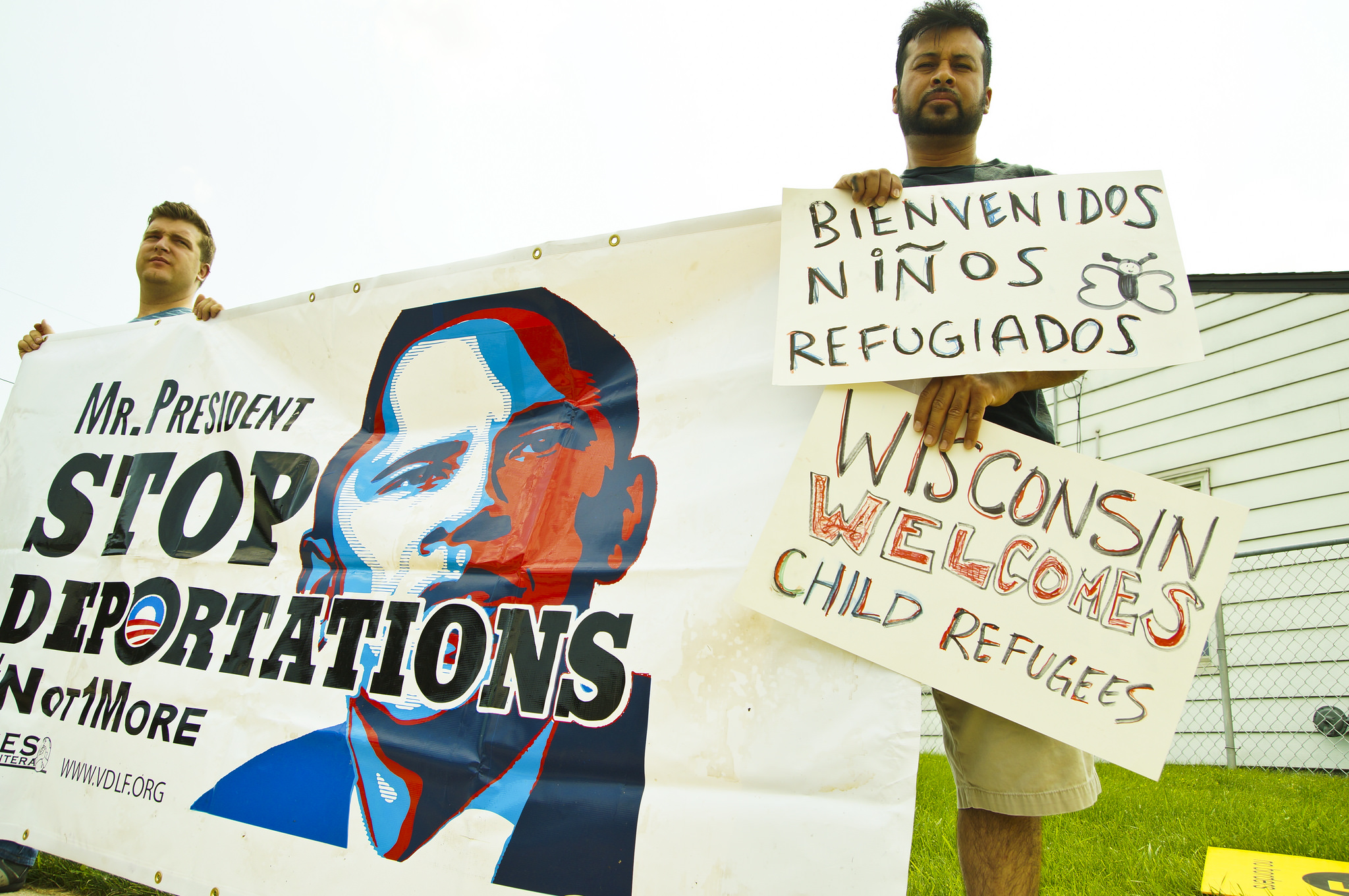 As a U.S. Congressional standoff about emergency funding to handle the influx of migrant children crossing the border continues, many of those already in the U.S. are on the move again: this time to either homes of family members or into so-called foster care while they await deportation hearings.

Recent data from the Office of Refugee Resettlement shows 85 percent of the migrant children have been released to close relatives, mainly in states with high Latino populations like Texas, New York, Florida and California. Another 10 percent have been placed into what they call foster care across the U.S.

But as Ashley Westerman reports from Washington, D.C., the definition of foster care is open to interpretation.

Almost 5,000 unaccompanied migrant children have been released to family members in the Washington, D.C., metro area. They’re among 30,000 such youth housed nationwide since the beginning of the year. That’s according to the federal Office of Refugee Resettlement, the government agency also placing children into temporary foster care facilities around the U.S.

At a panel discussion hosted this week by the Bipartisan Policy Center’s Immigration Task Force, Director of the Migrant Rights and Justice Women’s Refugee Commission Michelle Brane’ said the demographics of youth crossing the border have changed. She says the average age of unaccompanied migrants is trending down to 14 and more girls are crossing the border.

“And that means that we see many, many children that are 6, 7, 8, 10-year-olds are not uncommon and even younger,” explains Brané. “So it really is a different population, I think, than what traditionally has come in over the years.”

Brané says while the Office of Refugee Resettlement tries reunite kids with their own families, what the federal government calls foster care for young children is a viable alternative to a detention center-like setting.

“Right? I mean, you can’t put a baby in that sort of setting so obviously foster care is a much better option for the younger children or for people who are particularly vulnerable,” says Brané.

However, very few typical foster-families are approved to host these children, so they’re housed in congregate living settings such as revamped schools or other large buildings – settings much different from what some might typically think of as a foster home.

Brané says all of the services provided for children in immigration custody, including immigration foster care, are completely covered by the federal government. That means all services for these kids – medical care, food, safety, social services, and education – comes out of the Dept. of Health and Human Services’ budget.

Jennifer Podkul, also with the Women’s Refugee Commission, says this so-called short-term foster care is one of four programs the federal government uses to house refugees. She says they would like to see the government rely on this program more, because it provides additional services.

“They use a lot of shelters, secure shelters to house the children but when I have done monitoring visits to see how these foster placements work, they’re really great, and they’re really great to deal with a population that’s so traumatized as many of these kids are,” Podkul says.

Podkul says states like Maryland, Massachusetts, Vermont and Delaware that come forward and say they are happy to house migrant children, don’t have to pay anything for them to be there. She also notes that while awaiting deportation proceedings in these so-called foster settings, the children remain segregated.

“So although these children are located in the state,” she explains, “they actually rarely even leave the facilities they’re in so the local communities rarely have any interaction with these populations.”

She adds that the federal program should not be confused with state-run foster care systems or the Unaccompanied Refugee Minor Program, which can both serve immigrant children but have nothing to do with the tens of thousands of kids fleeing Central America and the resulting humanitarian crisis at the border.

“These short time foster programs are only designed to hold a child and to house a child while the child is in deportation proceedings.”

Customs and Border Protection stats predict that 72,000 unaccompanied children will cross into the U.S. by the end of 2014. And while the number has increased dramatically over the past five years, it’s still not as high as pre-recession levels.

As Congress prepares to leave Washington for a full month to campaign for the upcoming November mid-terms, they may vote on an emergency budget before they leave. President Obama requested $3.7 billion to handle the influx of immigrants at the border, but it’s doubtful he’ll get that much – or any sort of emergency funding at all. The Senate is considering a version that allocates only $2.7 billion while the House is set to vote on a much lower amount, $659 million. An executive order also remains a possibility.

CORRECTION: A previous version of this story incorrectly stated the Senate had passed an emergency budget this week. Late Thursday, both the Senate and House failed to pass their respective versions of an emergency funding bill.