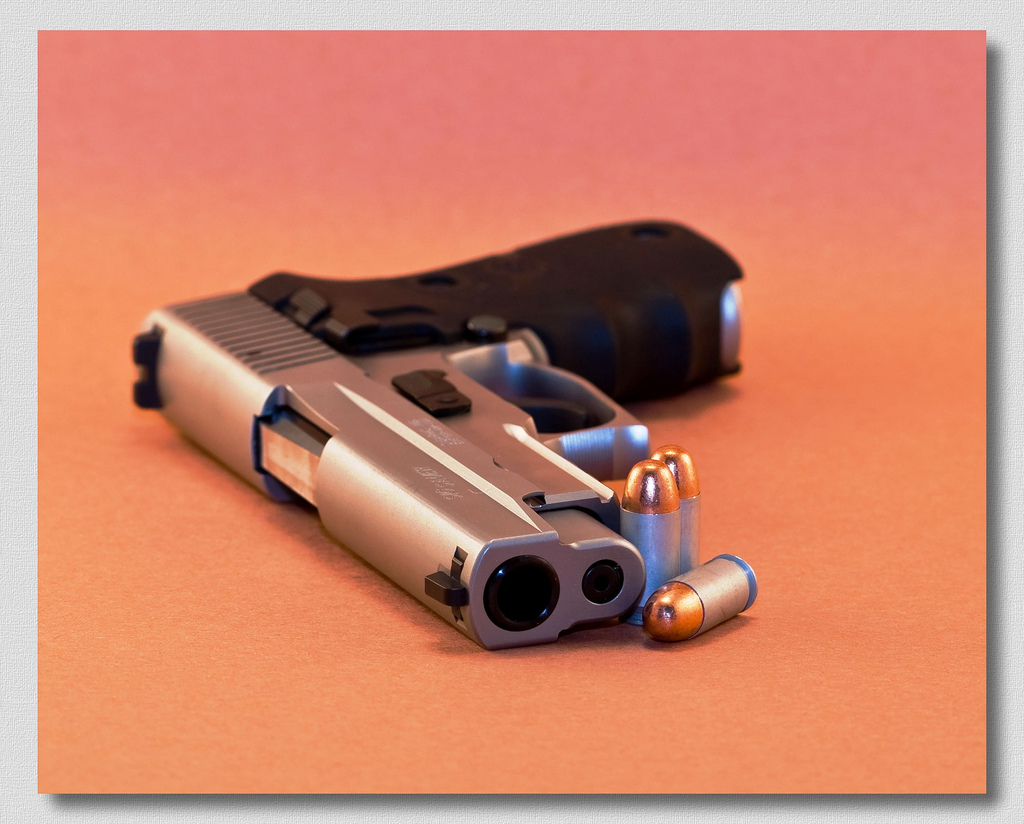 As of this week, Chicago police have confiscated almost 4000 illegal guns since the beginning of the year. Yet despite that haul, gun violence in the country’s third largest city remains rampant. Mayor Rahm Emanuel and Police Chief Garry McCarthy have called for help from the ATF, the federal Bureau of Alcohol, Tobacco, Firearms and Explosives. Overall, homicides are down from last year, but non-fatal shootings are harder to track.

The 4th of July in Chicago was particularly brutal; 82 people were shot, 14 of them fatally. And the carnage hasn’t stopped since. The recent shooting death of an 11 year-old girl touched a particularly painful nerve. She was buried this week. FSRN’s Jay Sapir reports.

More gun shots rang out the night before 11-year old Shamiya Adams’ funeral. One neighbor was glued to news of an arrest in the case. She ran out, stumbling over bodies, to search for her daughter. Seven people were shot. A 13 year-old boy was killed.

Last summer Police embraced a plan based on a Yale sociologist’s theory that potential shooters and victims could be identified by analyzing shooting times and places. A so-called Heat List of likely shooters and victims was drawn up in high violence clusters. Officers then made unexpected home visits to people on the list who were associated with shooters and victims — even if they had no record of violence.

The program sparked charges of racial profiling, reigniting a smoldering resentment against aggressive police tactics. Mistrust reportedly reigned as cruisers pulled into driveways and neighbors spied on each other fearing they might be informants.

Police records use keywords like “gang related.” Gang members and some residents in bullet-scarred areas call it “police related.” Shooters boast how easy it is to get guns. But rival gangs have on several occasions agreed on truces.

“You can stop the violence,” says community organizer Wallace “Gator” Bradley, who has been recognized for brokering the peace. His street cred helped: Ex-chief security enforcer for the Gangster Disciples’ imprisoned leader. He now heads a coalition of anti-violence groups.

“When they say its gang related and you got gang leaders saying’ ‘hey we’re telling our guys to stop. We want to work with the community and law enforcement to help stop it’ And you (the city) tell them you don’t want to work with them – that creates the problem,” according to Bradley.

Gator turned his life around persuaded the jailed gang leader to change the G.D. in Gangster Disciples to stand for Growth and Development. Gang leaders turned into get-out-the-vote activists.

But he feels “dissed” by Mayor Rahm Emanuel. “Listen,” implores Bradley. “The United States is the biggest gun dealer in the Goddamn world. The gun factory is in Barrington (Illinois) You can get the guns from Dalton (Chicago suburb) you can get ‘em from Milwaukee. you can get ‘em from wherever the BLEEP you want. The point is this: Selling guns is big business.”

Serena Hollister was at a fundraiser to pay for Shamiya’s funeral.

“It’s so easy to get guns here, so it’s going to be a magnet for crime,” says. “Out on the street, they get ‘em on the street (‘Just like that?) Yes, just like a kid goes to a candy store and gets a bottle of juice and a bottle of chocolate milk- he goes to the candy store to get a gun.”

“Nobody wants to face up to the fact that drugs and guns were deliberately dumped into the African-American community,” charges Stark, speaking on community cable station Can TV. “We don’t grow drugs in rooftop gardens in Chicago. We don’t manufacture guns in the basement. Somebody’s putting them there.”

Two years ago, Chicago’s 28-year ban on handguns was overturned by a federal judge. But the ban itself had opened a flourishing black market for gun imports from nearby towns and states. Illegal sales also surged with each mention of a ban on assault weapons. And Legal sales spiked earlier this year when the U.S. Supreme Court ordered Illinois to enact a concealed carry law like every other state.

Grassroots efforts to stem the violence have been spotty, but sometimes effective. The group Operation Ceasefire was credited with a significant drop in violent crime in 2011.

“Serena Matthews …she gets there when a lot of guys can’t get in. She knows how to talk to these guys, (with) a lot of murder in their background. They respect her……(Serena Matthews):”The life I live-a lot of shoot outs, I’m looking at the devil face to face . And I see my sisters and my brothers out there and that was once me.”

Featured in the documentary “The Interrupters,” the gutsy group interrupted or prevented fights, getting “up in the faces” of gun toting brawlers. But Ceasefire itself was interrupted this year by funding cuts.

It is hard to find local residents with a positive view of police tactics. Stop and frisk sparked controversy and court action in New York, but in Chicago it has always been standard operating procedure in the poorest pockets of the nation’s most segregated big city.

Hundreds of grieving friends, family and neighbors of Shamiya Adams attended her funeral.

“For me its devastating,” mourned Brown. “First of all so senseless a killing. She was so young, so innocent…”

Police chief Garry MacCarthy regularly announces the number of seized guns. But as he does so, the toll of shootings climbs while the funeral bells toll.