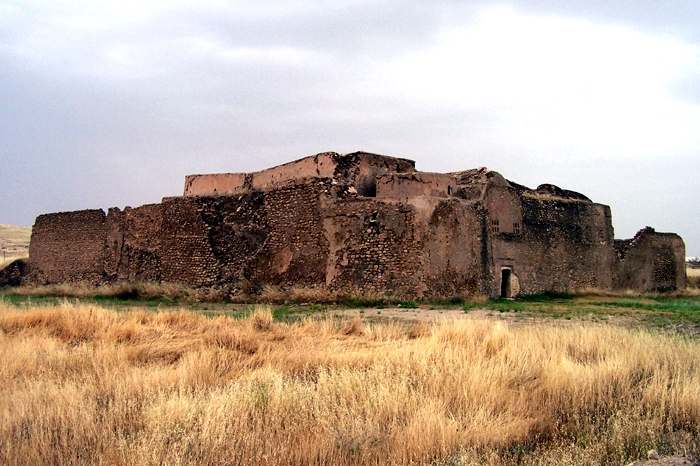 Militants with Islamic State – a group also known as ISIS – have seized new territory in the northern part of Iraq and are attempting to gain control of key national infrastructure. The weekend attacks also dealt the first major blow to Kurdish forces known as the Peshmerga. More more on the situation, Shannon Young spoke with FSRN’s Iraqi Kurdistan-based reporter, Hermione Gee.

Shannon Young: First, can you bring us up to speed on the latest developments on Islamic State activity in Iraq’s northeast? What territory and facilities have been taken over by this militant group?

Hermione Gee: Well, in the last couple of days they’ve taken the town of Sinjar and the town of Zumar, which are both northwest of Mosul. They’re between Mosul and and the Syrian border, in the province of Ninewa.

There were reports initially that they had taken the Mosul Dam, which would’ve been very, very significant. But it seems as if that is not the case. I spoke to several different members of the Peshmerga forces on Sunday and they all denied that the militants have taken control of the dam. But they have taken control of the town of Sinjar, which is a predominately Yazidi town.

The Yadizi are a pre-Islamic minority, a Kurdish-speaking minority who have been the target of Al Qaeda for many years and now, of the Islamic State militants. There have been reports of many, many people being killed although the exact numbers are hard to get. Many people have fled into the mountains around Sinjar, which – you can imagine – it’s August in Iraq. So there have been reports of people dying, particularly young children and the elderly, dying from the heat and lack of water, lack of food. Others have fled into the Kurdistan region again.

So, it’s been a huge displacement. We’re talking about 200,000 people, according to the UN. So just, yet another humanitarian disaster in the making.

SY: In addition to seizing towns, there are also reports of oil facilities being taken over. Can you go into detail about that?

HG: Yes, they’ve taken over yet another oil field and a refinery in the area which, if I’m right, I think brings their total to four oil fields that they have control of. What we saw that the militants were doing in Syria was taking over oil and then selling it as a way of funding themselves, funding their activities. So it looks as if they’re also doing that from the very begining of this offensive. So from what – early June – they’ve focused on trying to take the Beiji oil refinery, which is also near Mosul, which is very significant. It’s the largest refinery in Iraq. And while they have managed to take parts of it for short periods, up until now the Iraqi army has managed to maintain control of it.

But again, the thing that many people were very, very concerned about is the dam. It’s the largest dam in Iraq. I believe it’s the fourth largest dam in the Middle East. If they were to take it, they would be in control of sort of everything downstream, which would be very worrying. The biggest fear is that they could open the dam and massively flood the surrounding area, perhaps even going as far as Baghdad. But like I say, for the moment it seems as if the Kurdish Peshmerga forces have managed to maintain control of the dam.

SY: Has ISIS been able to hold the territory they took over in June?

HG: They’ve held Mosul. There have been areas where they’ve taken control and then been kicked out by the Peshmerga forces or by the Iraqi army. Right now, going further south on the outskirts of Baghdad and Samarra, Baquba and places like that, the Iraqi army has actually managed to sort of hold them off so there’s a sort of standstill. But in the northwest, they have managed to keep most of the areas that they’ve taken; obviously in particular, Mosul. What we’re seeing right now is the Peshmerga forces desperately trying to get them out of the towns that they took in the last couple of days; of Sumar and Zinjar.

The Peshmerga have recently, on Sunday, they received a lot of additional heavy weaponry. So they are hoping that that will help them push the militants out of those areas. The Kurdish government has also, now for the first time, officially asked the United States for help. And in another kind of fairly significant development, the Iraqi army from Baghdad is now providing air support for the Kurdish forces who are fighting on the ground.

SY: And while new artillery has been sent and Iraq’s Prime Minister has authorized airstrikes to support Kurdish forces, over the central government hasn’t seemed to make taking back the city of Mosul as much of a priority. What’s different in this case?

HG: I think it’s because, partly, the Peshmerga – the Kurdish forces – saw their first significant defeat this weekend when they lost Zumar, when they lost Sinjar. That was very shocking, I think to everybody. So I think that probably that Baghdad was very shocked to see that the Kurdish forces were also vulnerable and realized that they need support. So, I would image that is a big part of it.

Also, when the militants first went into Mosul – although they did take control of the city – initially, they were treating residents relatively well. They weren’t targeting communities. They weren’t targeting civilians. But as we’ve seen in – what – the last two weeks, they targeted the Christian community. They have been destroying religious shrines. So they are becoming sort of bolder and more destructive, let’s say. So that has also possibly had an effect on how Baghdad is seeing the situation.