Memories of military rule hang over protests in Pakistan 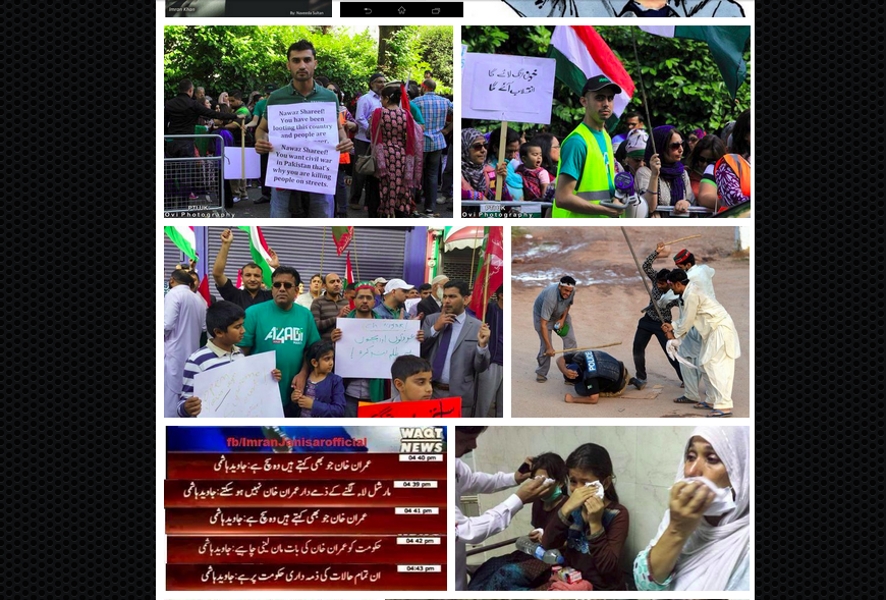 Pakistan is currently witnessing massive political demonstrations, protesting the government led by Prime Minister Nawaz Sharif. State-run television was at the center of a tug-of-war today between protesters and security forces, with the former storming and holding the facilities for a breif moment before the latter re-took them.

This came on the heels of massive demonstrations over the weekend led by Imran Khan, a cricket player turned opposition politician and Muslim cleric, Tahir ul-Qadri. Three people died when police prevented a march from reaching the prime minister’s residence.

Photo: Screenshot of images related to the #GoNawazGo hashtag on Twitter on Sept. 1, 2014.