Thai media under pressure since May military coup 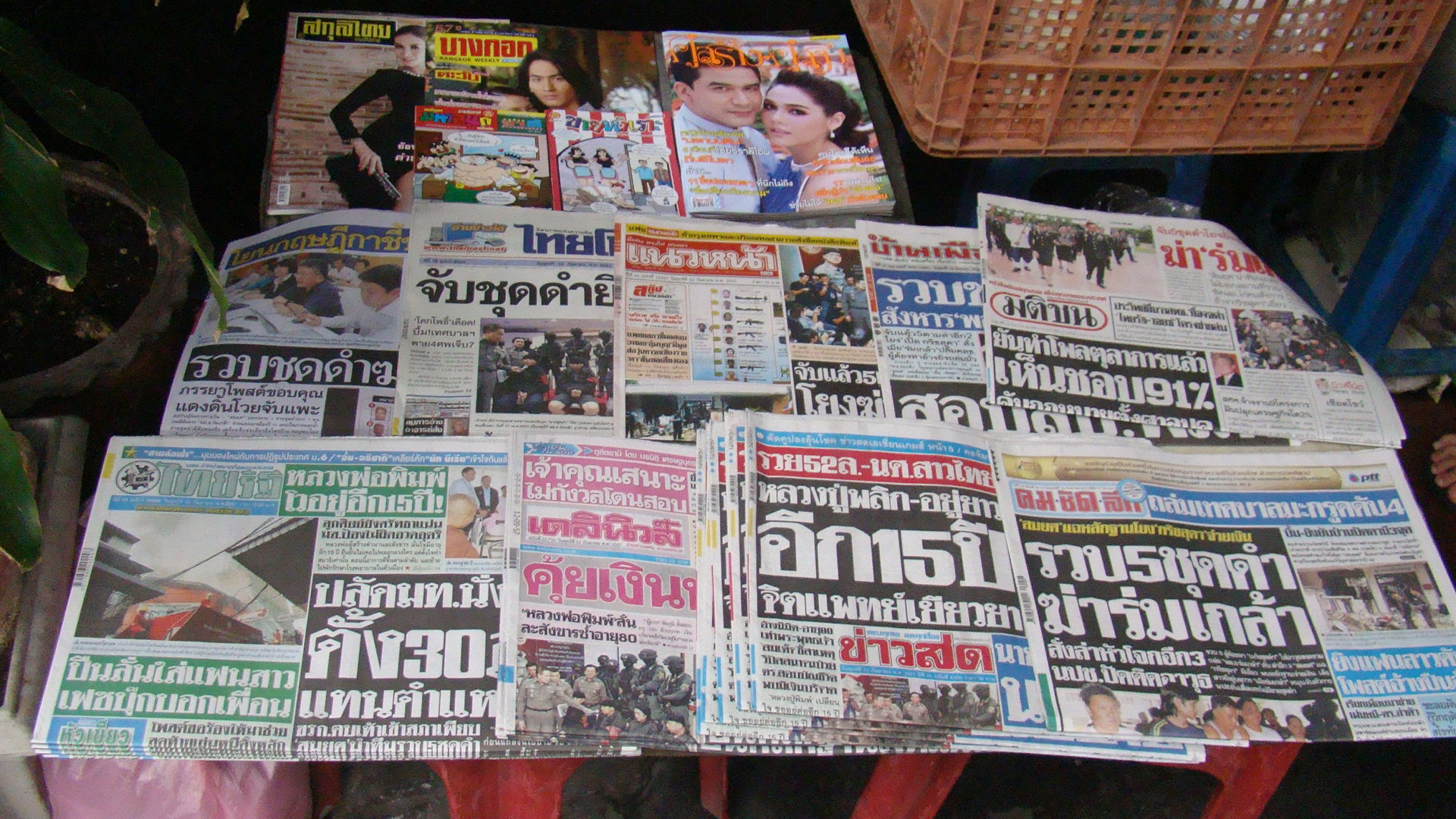 Thai media outlets have been operating under pressure since the military took power in a May coup. While there have been some concessions by the junta, the outlook is uncertain even as a military-backed government moves on national reform and debate. Ron Corben reports from Bangkok.

Thailand’s media is facing tough times since the May 22nd coup with Thai editors and executives already summoned to meetings and told by the military to tread carefully in reporting on national events. An initial hard line towards media criticism has eased slightly, but only after the military shut down news media it deemed as politically divisive.

A first major step was the junta’s pull back from a ban on all criticism of the military leaders after pressure from the media. But restrictions remain. Talk shows are banned, as are live interviews of academics and former government officials and analysts, especially by Thai broadcast media.

International satellite TV news broadcasters, CNN and BBC, were both off the air for days immediately after the May 22nd coup.

“Under previous governments, the way they put on pressure was different,” says Pichai Chuensuksawadi, editor-in-chief of the English language Bangkok Post, illustrating the close scrutiny under which TV and radio news broadcasts are operating. “But here it’s clear. They use announcements. (But) they are willing to listen to a certain extent and make changes. The fact I think for television, for radio for satellite they are under the gun more than print media that’s for sure.”

Thailand’s media has developed certain coping mechanisms for operating under the challenge of long periods of military rule. Since becoming a constitutional monarchy in 1932, Thailand has faced 12 coups. But under civilian governments, threats to the media were largely indirect and economic in nature. Here they relied on lawsuits, buying up shares in newspapers, or steps to trigger losses as advertising was withdrawn.

Such indirect threats were a feature of the administrations linked to former leader Thaksin Shinawatra – ousted in a 2006 coup. It was the government of his younger sister Yingluck Shinawatra that was overthrown in May.

Supinya Klangnarong, a media rights activist and member of Thailand’s National Broadcasting Commission (NBTC), says nowadays the climate of fear is spreading “at the national level and also the organizational level because of the coup itself and the criminalization of our acts.”

The Paris-based Reporters without Borders accuses the Thai military of using the pretext of guaranteeing public order to “censor all criticism of the armed forces, discouraging the press from freely expressing opinions.” The group ranks Thailand, once one of the freest in South East Asia, at 130 out of 180 countries on an index of media freedom in 2014.

“There’s a deepening repression of critical media bringing out points of view that the military junta disagree with,” according to Phil Robertson, deputy Asia director for the New York-based Human Rights Watch who says the banning of certain content in news reports is a clear message for the media. “What we’re seeing is increased banning of reports, blocking of websites issues a warning to media both print and electronic media not to step across a line that only the military junta really knows where that line lies.”

A harder line is already felt by some journalists.

Chutima Sidasathan a reporter on a Phuket-based web news service, PhuketWan, along with its Australian editor, Alan Morison, face criminal defamation charges brought last year over the publication of a Reuters report that elements within the Thai Navy were tied to trafficking of Muslim Rohingya from Myanmar. “I’ve been intimidated from the Navy officer,” says Chutima. “So very disturbing about this issue. And then I keep telling them – so we are journalists – we can’t keep silent.”

The Bangkok Post’s Editor, Pichai, says the junta seems ready to loosen restrictions in a bid to project a more positive image to the global community. But he adds the military will have no qualms to “bite” if dissatisfied with the media’s message.