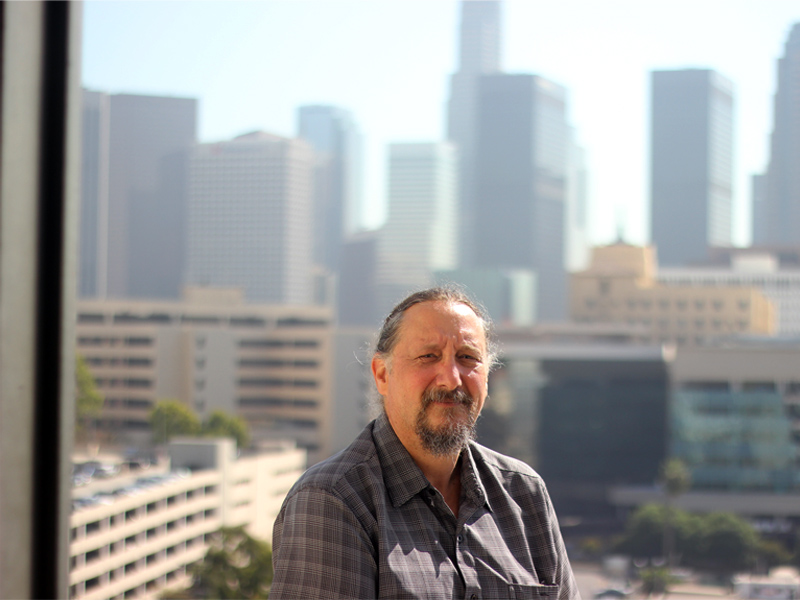 Cities around the country have been looking to renegotiate the terms for public financing deals that turned toxic after the Great Recession of 2008. The biggest city in the country to join the fight is Los Angeles. But activists say the city has to act now to have a shot at avoiding massive fees from Wall Street banks. FSRN’s Lena Nozizwe reports.

Los Angeles City Attorney Mike Feuer has less than two weeks to act in order to save the city some $140 million in banking fees. That’s according to a coalition of labor, community and church organizations known as Fix LA.

The group wants the city government to use its leverage to renegotiate what it says were unfavorable deals from Wall Street banks to finance a wastewater management project.

Fix LA member and Service Employees International Union organizer Jono Shaffer says the city entered into what is known as an interest rate swap deal – for 22 years – with New York Mellon Bank and the Dexia Group in order to lock into a favorable interest rate. But that was in 2006 before the Great Recession.

“Those deals were sold to the city as a way of protecting them against interest rate spikes,” explains Shaffer. “And In 2008, when the banks crashed the economy, interest rates went crashing to zero. Falsely kept at zero by the Fed to try and spur the economy back to life. The banks, because of these deals the city was locked into deals they could not get out of without paying massive termination fees.”

Shaffer says the city’s best chance of avoiding those massive fees would be to file for arbitration with the Financial Industry Regulatory Authority before the eligibility period closes at the end of the month. “So far the deal has cost the city $65 million  have been what we would say has been overpaid to date and then if the deal is not restructured and the city is allowed out of the deal by banks it will cost them an additional $75 million between now and 2028.”

He says the two banks are unfairly profiting from a deal that did not come with full disclosure.

L.A. City Council members have also been questioning just how the city came to make the deal. During a testy exchange at a Budget and Finance Committee meeting this summer, Los Angeles City Councilman Paul Koretz grilled the city’s debt management chief, Natalie Brill, about her knowledge of interest swaps.

Paul Koretz: Are you aware that virtually all of our contemporaries across the country have blasted these deals which seem very similar to ours basically for being money-losing rip-offs and have sued to get that money back based on having been sold kind of a risky bill of goods that made sense for the providers, the banks but not for government entities?

Natalie Brill: I can’t really answer that because I haven’t studied other people who have done other swaps.

Paul Koretz: So is there a reason why we are not looking at other cities? By pretty large numbers, large cities are going after the banks and we –  virtually the same identical deals – are saying they were great money saving deals and we actually have no justification for doing that.

Natalie Brill: I don’t think I am the appropriate person to be answering that question. I think that is a question for the City Attorney’s Office. They would have to look at the documentation and tell me that.

The L.A. City Council has already voted unanimously to renegotiate the debt. Fix LA says if the City Attorney’s office files for arbitration, it will strengthen the city’s position.

Reverend Jonathan Mosley, who has joined forces with Fix LA, says he does not need any further study to see how Wall Street has victimized Main Street in his hometown of L.A. “We have to hold people accountable,” he told city representatives during a committee meeting. “I hate to say it but they are no different to me than John Dillinger, Jesse James, and Bonnie and Clyde. The difference is they rob from the poor and only fatten their rich pockets.”

As the clock runs out, the City Attorney’s office will only say that it is analyzing Fix LA’s request.