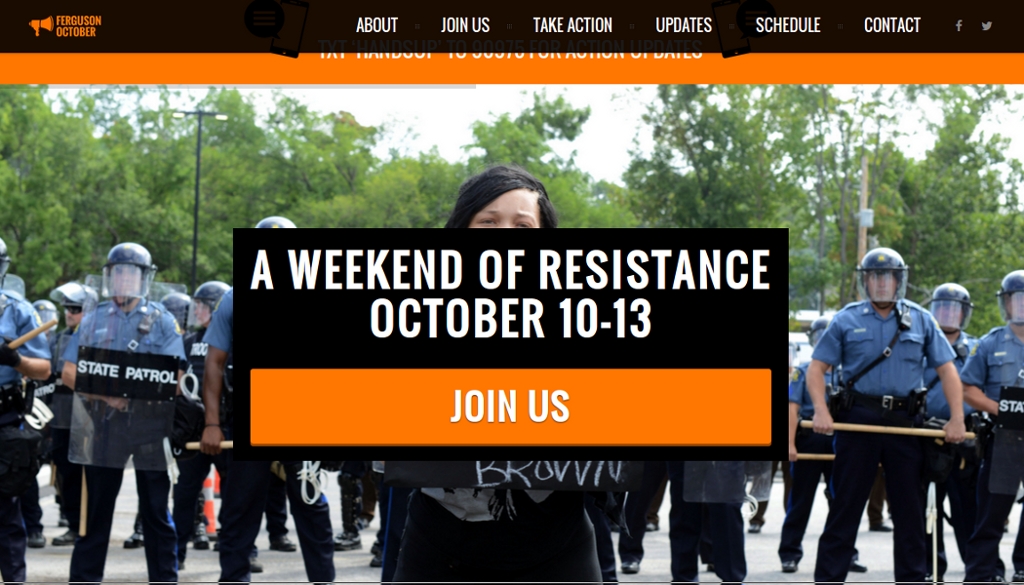 The St. Louis area is again a flash point after a white city police officer working private-duty fatally shot an 18-year-old black youth Wednesday night.  Details are conflicting. Vonderrit Myers Jr.’s  family says he was armed only with a sandwich, police officials say the youth fired three shots at the officer.  The shooting happened in the Shaw area, just miles from Ferguson where a planned weekend of resistance began Thursday night.

Four days of solidarity workshops called #FergusonOctober are expected to draw thousands of police accountability activists from around the country. A grand jury probe of the August police shooting that killed 18-year-old Michael Brown is still ongoing amid allegations of wrongdoing.

(Credit: Audio of chants in this report came from a livestream broadcast by Bella Eiko. She tweets at @BellaEiko.)

Editor’s note: This story has been modified to correct a misspelling of Vonderrit Myer’s first name.