Demonstrations calling for police accountability continue around the U.S. 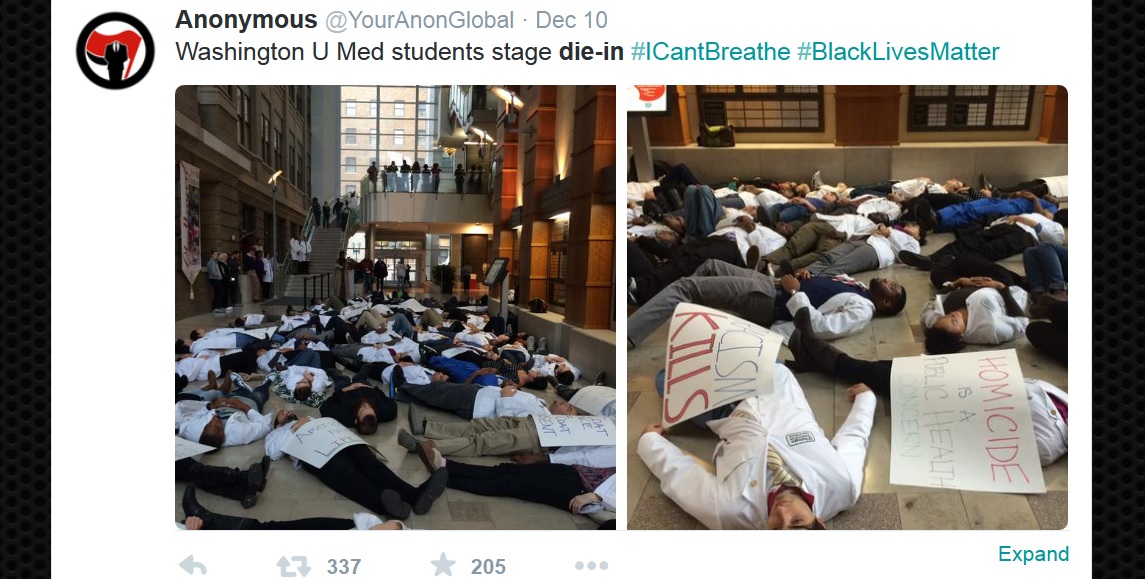 Demonstrations demanding racial justice and police accountability continued across the U.S. this week. The nationwide uprisings come after two grand juries did not return charges against white police officers responsible for the deaths of unarmed black men.

Medical students at more than 70 schools took part in white coat die-ins, expanding the narrative from the criminal justice system to the effects of systemic racism in the healthcare system. Environmental groups joined rallies, linking racial inequality to issues of climate imbalance and unsustainability. Congressional staffers took to the steps of the U.S. Capitol Thursday, with a Hands Up Don’t Shoot mass show of solidarity.

Protesters continued to take to the streets of cities like Durham, North Carolina; Cambridge, Massachusetts;  Chicago, New York, Washington and Phoenix. The most intense protests this week occurred in Berkeley, California  where demonstrators have shut down freeways and marched nightly for the past week.

Yvette Felarca is a local organizer: “This is just a continuation of their policies of trying to get away with their right to continue to use their badges as a license to kill and use their badges as a license to take away our rights to protest and demand justice. We’re not going to let that happen. So we’re staying united. We’re going to continue to fight. We’re not going to let them bully us. We’re going to make clear: these streets are our streets. They’re not the cops’ streets.”

Protests are expected to continue over the weekend with large events planned for New York City, Washington D.C. and the San Fransisco Bay Area.