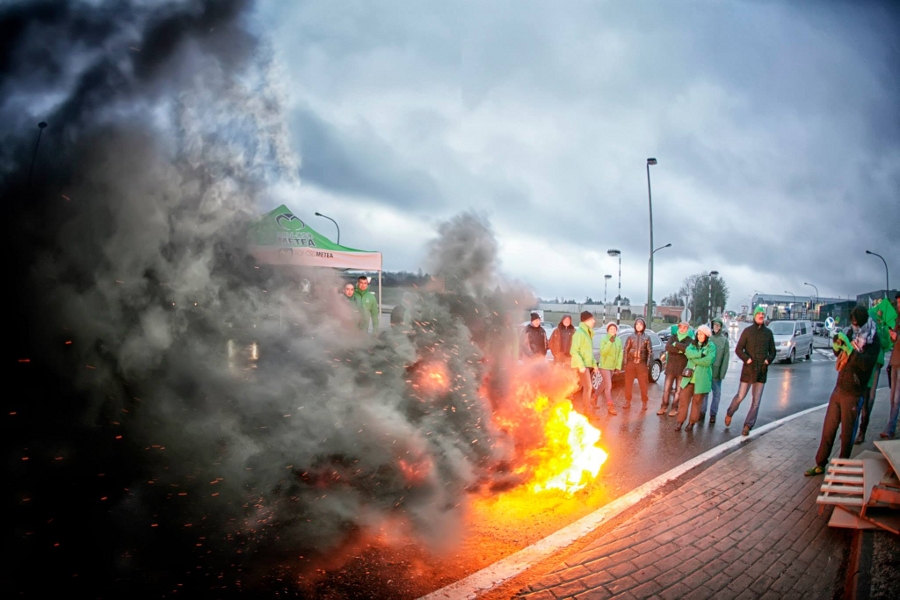 Monday’s national strike was the largest Belgium had seen in decades. Public transportation across the country ground to a halt, the international airports in Brussels and Charleroi shut down and the massive port of Antwerp stood still for twenty-four hours in protest of austerity measures announced by a new coalition government.

The three national unions behind Monday’s general strike have held a number of smaller strikes since the government first proposed the austerity measures in September.

The measures call for up to 11 billion euros in cuts to public spending. That’s around 4% of the national GDP. If passed, the deepest cuts will be to social security. The government also plans to reduce unemployment benefits and increase the retirement age by two years to 67.

The Belgian government argues the measures are necessary to reduce the deficit, but civil society and unions don’t want social spending to be the first up on the chopping block.

Unions say the reaction to austerity measures has led to rates of participation in marches and strike actions unseen since the 1970s and 80s. ”We’re rising up against the antisocial measures of the right-wing government and to send a strong message to business elites that workers are not happy with their plans and that we refuse to be exploited,” said Romain Weckmans, a leader of the National Natural Gas Enterprises Union. “I have just signed a petition to impose a tax on the wealth of rich people, I believe this is the type of initiative that will kick start the economy instead of targeting the pocketbooks of workers.”

Small shops and independently-owned grocery stores were open during Monday’s general strike, but large numbers of industrial workers stayed away from their jobs, prompting union leaders to declare the strike a success. No cars came out the country’s largest automotive plant and barricades were erected around corporate supermarkets and shopping centers.

Members of a national student union also shut down and occupied campuses across Belgium. “These austerity measures directly affect the youth, namely the cuts in spending for cultural programs and higher education as well as benefits,” said Astrid Murango, student union delegate at the Free University of Brussels. “For example, I’m 25 and if the measures are passed, I’ll no longer be eligible for stipend benefits, which is the now case. This obviously affects thousands of young people who are eligible for stipends while they study. Furthermore, we decided to strike in solidarity because we understand that their struggle is also ours.”

After a show of strength in the nationwide general strike, the leadership of Belgium’s largest unions say they are  ready to negotiate with the government. While the Prime Minister has accepted talks with the unions, he has made no public plans to step back from the controversial austerity measures. A date has not been set for the parliamentary vote on the austerity package, but unions are already planning new actions to keep pressure on politicians into the new year.