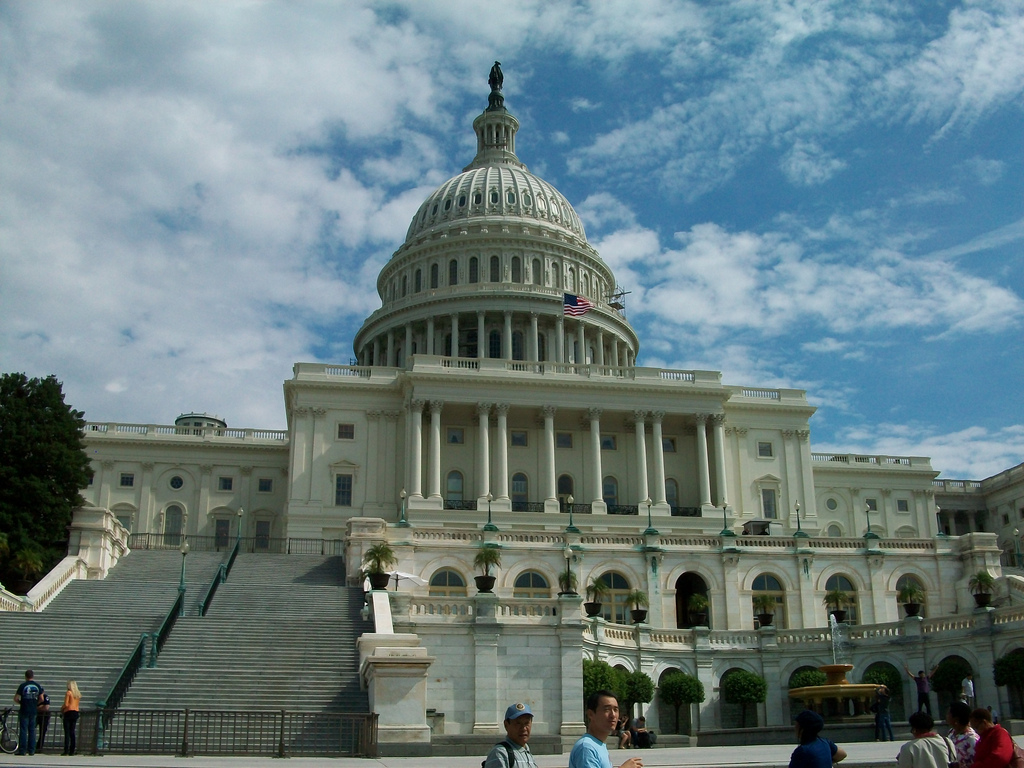 Late Thursday night, the U.S. House passed the $1.1 trillion spending bill that will keep the majority of the federal government funded through the end of the fiscal year. Lawmakers crossed the aisle in both directions.

The major sticking point for Democrats was a provision that would unravel parts of the financial regulation bill known as the Dodd-Frank Wall Street Reform and Consumer Protection Act. The White House joined Republican leadership and called on Democrats to support the bill, despite a provision that scraps the limits placed on derivatives following the Great Recession, paving the way for banks to continue trading risky swaps and futures.

Just after the 11th hour vote, the House also approved an extension that will give the Senate 48 hours to consider the bill.  Ashley Westerman in Washington, DC, has more details on the massive bill dubbed the “CR-omnibus.”

What happens when Congress wants to only fund part of the federal government for the part of the year? You get the “CR-omnibus” bill.

The C-R, or continuing resolution, portion of the bill would only fund the Department of Homeland Security, or DHS, through February. The move is a reaction by Republicans to President Barack Obama’s recent executive actions which would temporarily halt deportations for some undocumented immigrants and allow them to apply for legal work permits and taxpayer ID numbers.

“Without a threat of a government shutdown, this sets up a direct challenge to the President’s unilateral actions on immigration when we have new majorities in both chambers of Congress,” House Speaker John Boehner said about the Republican Agenda at a press conference Wednesday. “This is all part of preparing for a new American Congress, which will bring new opportunities to help middle-class families and get our economy moving again.”

The White House has indicated it would be surprised if Republicans continue to stall on funding the DHS come February.

Mario Carrillo, communications manager for the immigration advocacy group United We Dream, says the Republicans are grasping at straws. He notes that United States Citizens and Immigration Services, the federal agency that would process the applications for deferred action, doesn’t get a majority of its funding from the government.

“They’re funded by the fees that they charge people,” Carrillo said. “So even if they decide not to fund the Department of Homeland Security, it wouldn’t affect the program’s implementation.”

Despite the temporary funding for DHS, $948 million was allotted to the Department of Health and Human Service for its program for unaccompanied immigrant minors, as well as $14 million for the schools taking them in.

Other controversial provisions of the spending bill include significant cuts to the pensions of current public sector retirees in order to shore up struggling pension funds, and the denial of Obama’s request for $236 million for police body cameras.

Language in the bill also triples the amount of money wealthy individuals can give to national parties.

Lisa Gilbert, director of the group Public Citizen’s Congress Watch Division, says money given directly to the parties has always been tightly regulated.

“It had limits,” Gilbert explained. “It’s disclosed money and this is vastly expanding the universe of what a party can collect.”

Under the old rules a person could give a maximum of $32,400 annually to a national party. Under the new provision, a donor can give as much as $97,200 per year. Gilbert says while donors will still have to disclose their identities, it means more money from a single source and that’s a problem.

“And certainly, you know, when we think about the out of control spending that’s already happening, the idea of empowering more money in the system through any avenue only causes others who are raising money through different vehicles to raise money as well,” she said.

The rule change comes after a bill signed earlier this year by President Obama eliminated the use of public funding for conventions. Proponents of the provision say this donation increase will help to fill that gap.

Funding allotted to other high-dollar line items includes $5.5 billion to combat Ebola, $6 billion to fight the Islamic State and even renewed funding for the Affordable Care Act.

Lawmakers cut the budget of the Environmental Protection Agency by $60 million and slashed funding for President Obama’s “Race to the Top” educational initiative and the Internal Revenue Service.

You can find the full text of the spending bill here.