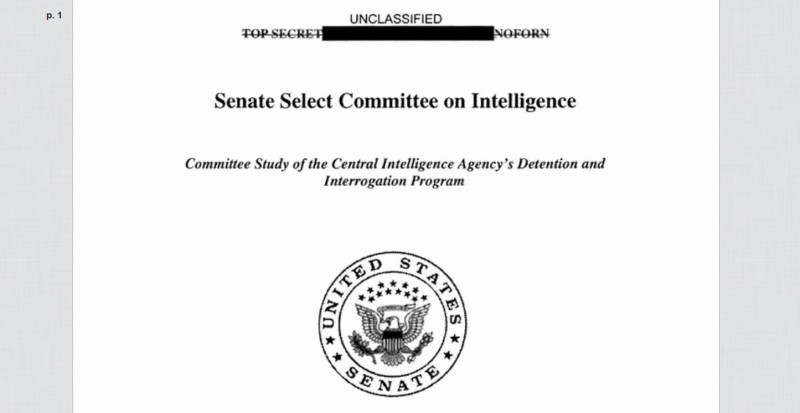 The Senate Intelligence Committee today released a declassified a portion of a long-awaited and controversial report on interrogation techniques used after the September 11th attacks, including torture. The report probes methods used to detain and extract information from terror suspects under a CIA program created at the behest of then-President George W. Bush.

Senate Democrats conducted the investigation and wrote the $40 million, 6000-page report after committee Republicans refused to participate. The report was originally completed in 2012, but the CIA disputed the findings and wrote a still-secret response. During the ensuing battle over the report’s release, the CIA hacked into Senate Intelligence Committee computers, a move Colorado Senator Mark Udall describes as illegal and unconstitutional.  After initially vehemently denying that the CIA spied on Senate staffers, agency Director John Brennan admitted to the eavesdropping and apologized.

Only the executive summary of the declassified report was made public today, and it remains heavily redacted – though less so than an earlier version.  Ahead of the release, officials increased security at U.S. government installations.  FSRN’s Nell Abram discussed the report  with former US Deputy National Intelligence Officer for Transnational Threats Glenn Carle, whose book “The Interrogator” details his role in the enhanced interrogation program.

Download Audio
Nell Abram:      First, let’s get straight to one of the more well-known techniques: waterboarding. The CIA has thus far claimed that only three detainees suffered waterboarding. Does this report support that claim, and does the report say the practice amounts to torture?