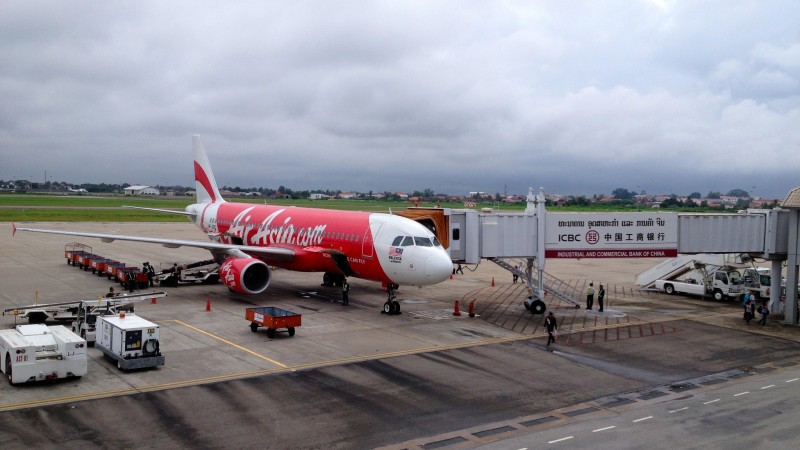 Search efforts in the Java Sea continue, after an AirAsia plane traveling from the Indonesian city of Surabaya to Singapore went down last Sunday.   By Friday afternoon, naval teams had recovered 30 bodies. Rough seas and stormy weather are making  the multinational effort to retrieve remains and wreckage slow and difficult.  Monsoon-season storms are expected to slow progress through  the week-end. FSRN’s Nell Abram has more.

Indonesians made up the majority of the 162 people aboard AirAisa 8501.  Many of their relatives have gathered in Pangkalan Bun in the Indonesian part of Borneo, close to the offshore wreckage site.  Others are in Singapore and Surabaya, where they began identifying loved ones’ remains.

2014 was one of the worst years on record for the Asian aviation industry.  In March, Malaysia Airlines Flight MH370 disappeared in route from Kuala Lumpur to Beijing. In July another Malaysia Airlines plane was shot down over Ukraine. And later the same month a TransAsia plane crashed on landing in Taiwan’s Penghu Islands.

To discuss how Indonesians are reacting to this latest in a string of air incidents, FSRN’s Rebecca Henschke joined us from Jakarta.

NA: Rebecca, What are people there saying, how are they feeling as news of the crash and discovery of the wreckage unfolds?

RH: Well there’s a great sadness of course across Indonesia, but particularly in the community of Surabaya and East Java. New Years Eve celebrations that were planned by the state in that area of Java have been cancelled, and instead what’s been taking place are interfaith prayer meetings. The President of Indonesia has been on the site and coordinating the rescue effort. And he called for people to scale down their New Year’s Eve partying and instead pray for the families. Most of the families are ethnic Indonesian Chinese families, heading to Singapore which is a popular spot for New Year’s celebrations. And many of them come from one town in East Java, and a lot of families were killed, so there’s a great sense of loss in those small communities.

NA:  Rebecca, while the number of air incidents has been high this year, so has the amount of overall air traffic. Are Indonesians asking questions about whether the industry has kept pace with safety standards?

RH: They are definitely asking questions. The president has said they will focus on the rescue and recovery of bodies, and then there will be a full investigation as to why. AirAsia does have an excellent safety record, and for many it was the safest budget carrier in Indonesia. Indonesia’s air industry was deregulated in the 90s and there has been a boom in budget carriers and there have been a number of accidents and people have often asked questions about the safety of the industry. Many industry experts say its just an industry that has grown too quickly, too soon as Indonesia’s middle class booms and wants to travel across the archipelago. So, people are once again now saying “what airline is safe to fly on in Indonesia?”

NA: That’s FSRN’s Rebecca Henschke. She joined us from her home base in Jakarta.