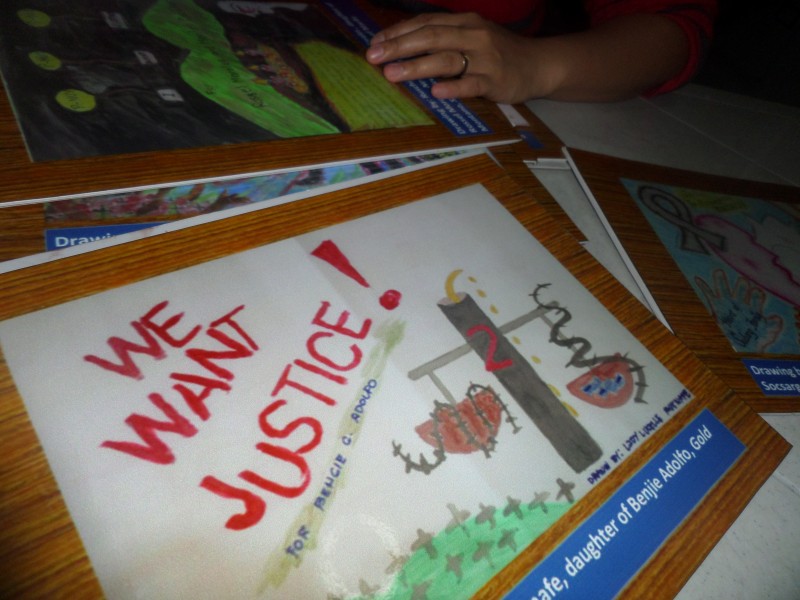 Journalism, especially for those working in high-risk countries, is an unstable job. Many reporters work without protections like life insurance and if one is killed, it affects the income of the family and the education of the children. Madonna Virola reports from Quezon City how some journalists in the Philippines have organized their own safety net for the families of murdered colleagues.

It’s been 10 years since the National Union of Journalists in the Philippines, or NUJP, founded the Journalists’ Orphans Fund. One-third of its beneficiaries have graduated from college. 17-year-old Katrina Sumera is among the fund’s 130 scholars.

“My two younger brothers and I need this scholarship, because our father is a single parent. Our mother always said we need to complete our education because it is something that will last.”

Sumera’s father, 52-year-old Juan Medel, is a salesman. He says he cannot afford to send all three of his children to school since his wife Marlina was gunned down three years ago on her way to the radio station where she worked. Prior to her death, Marlina had been working on a story that involved a land dispute between a group of urban poor and another private group.

Juan Medel Sumera says that while police opened an investigation into his wife’s murder, the case has gone nowhere.

“The case couldn’t be solved,” says the elder Sumera, “because influential people are behind the killing. My mother convinced us to move out of our home for the safety of our children.”

According to the NUJP, around 170 Filipino journalists have been killed since the fall of the dictatorship in 1986. How many of that number were in direct retaliation for reporting work is undetermined.

More than 30 journalists died in the 2009 Maguindanao massacre, which targeted the convoy of a politician on his way to file candidacy papers to challenge a provincial political boss. The Committee to Protect Journalists describes the massacre as the single deadliest event for journalists in history. To date, no one has been convicted for the massacre.

Children of those killed in Maguindinao are among those receiving support from the Journalists’ Orphans Fund. Dabet Castaneda-Panelo, media safety program coordinator at the NUJP, says all children of murdered journalists enrolled in school are eligible, not just those with excellent grades.

“It is not their fault that their father or mother is killed, it’s not their fault and it’s not their choice,” says Castaneda-Panelo, explaining why the program is not merit-based. “Whether they are dong bad or good in school, they are eligible, at least we require a passing grade. We have to recognize that these children are traumatized. Some of them were witnesses, some of their parents were killed in front of them, you can’t take away the trauma.”

Expenses covered by the fund include public school tuition fees, school supplies and travel expenses like bus fare. There’s also a monthly stipend to help with basics need, such as groceries. The funds are directly deposited to the scholars’ account and they are required to submit receipts for oversight by the NUJP.

Funds come from donations from a few companies, foreign journalists’ associations in Australia and New Zealand and local fund raising activities. In addition to the scholarship program, children and surviving spouses of murdered journalists are also brought together during summers for a three-day activity called the Saranggola, or kite summer camp, for counseling and mutual support.

Katrina Sumera participated in a session two years ago.

“It was fun,” the teen-aged girl recalls. “I made friends with those who also lost their parents. We have common experiences. I realized that I’m still lucky because I still have a father. Besides the scholarship funds, I feel not alone, that there are other several unresolved cases.”

Sumera says her education also serves as a form of therapy and an opportunity to move on.

“I want to study the attitude of every person,” she says. “What was the mental condition of those who killed my mother? How I should handle my emotions when I remember what happened? I’m taking up Psychology to understand the perpetrator and myself.”

Program Scholars have gone on to become teachers, nurses, midwives and accountants. Some are taking up Criminology to become police. Dabet Panelo says journalists with the union are happy with the concrete support they are able to provide, but they don’t want any new scholars for the program.

“We’re always sad when there are new scholars coming into the program,” she explains, “because that means there is a new case and it means that once again press freedom is being trampled on.”

Since the start of the program nearly ten years ago, the number of beneficiaries has quadrupled. Meanwhile, impunity for crimes against journalists remains a constant.