Education of refugee diaspora another casualty of Syria’s civil war 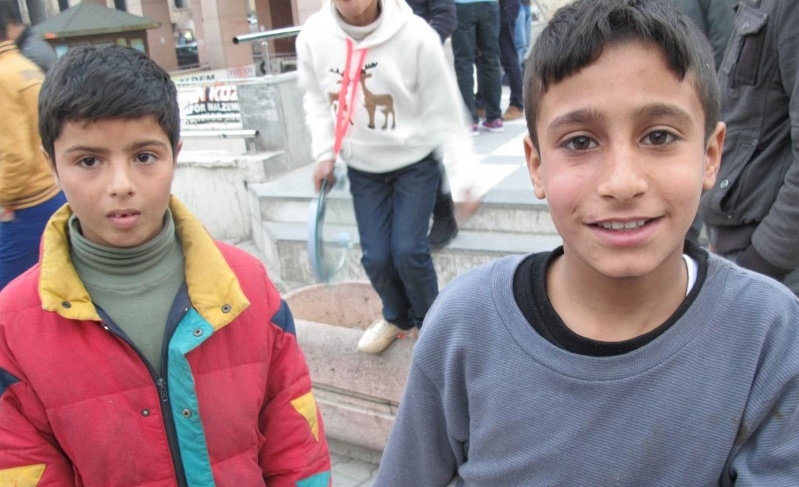 The multi-sided civil war in Syria continues to drag on with no end in sight. The so-called Islamic State has reportedly taken around 150 Christian hostages as it pushes through villages in the country’s northeast. The region has seen heavy back and forth fighting in recent weeks as Kurdish militia members retake towns from IS militants. Meanwhile, the online news site SyriaDirect.org reports the Assad regime has been carrying out airstrikes targeting civilian and medical infrastructure in rebel-held East Ghouta.

The civil war in Syria erupted after the government led by Bashar al-Assad cracked down with military force on what had been peaceful pro-democracy protests, splintering the opposition movement into various armed factions. In the four years since, more than three million Syrians have fled the country, mostly to regional neighbors.

More than a million of those refugees are now living in Turkey, and about half of them are children according to The United Nations High Commissioner for Refugees. Most of those children have lost out on years of school. FSRN’s Michael Kaplan reports from cities near the Turkish-Syrian border on the growing education crisis.

You can find 14-year-old Omar selling zaatar bread on the streets of Sanliurfa almost any day of the week, from 8 a.m.until 8 p.m.

Like the vast majority of Syrian children living in Turkey, Omar isn’t enrolled in school. To help his family pay rent, he has to work instead.

Omar says he and his family fled Syria five months ago due to airstrikes by the Syrian regime in their hometown. He came looking for medical treatment and still has shrapnel from a bombing stuck in his arm, but he cannot afford surgery with his average income of two dollars a day.

Omar lives in a small room of about 15 by 12 feet with his parents and two siblings. His father works a low-paying job at a restaurant and his 20-year-old brother, who has shrapnel lodged in his wrist, has had trouble finding work.

Their room is bare, with little more than some pillows and blankets. They share a bathroom and kitchen with 3 other Syrian families living in the same complex.

Before the war, Omar was in middle school. His brother was in high school. And his sister was in her first year of college, studying law. His mother, Fatima, wishes her children could continue their education, but she says that’s just not feasible at the moment.

“Life is very difficult for us. My husband makes 25 liras a day, 20 liras go toward the rent. And we have 5 liras left for food,” Omar’s mother explains.

Hundreds of thousands of Syrians living in Turkey share a similar story. Driven out of their homes by civil war, they came to Turkey hoping to find security, jobs and just all-around better lives. Instead, many have found it difficult to get by day-to-day let alone to pursue an education or land a well-paying job.

The UN estimates that among the vast majority of refugees living outside of camps, nearly three-quarters are not enrolled in school.

A UNICEF program called No Lost Generation – which aims to support education and psychological services for the refugee population – was only able to raise a little more than a third of its $885 million goal last year.

Yakzan Shishakly is an education advocate and the founder of the Maram Foundation, which runs a school for about 600 children living in the Atmeh camp for internally displaced people just over the border in Syria. His foundation also maintains an orphanage in the Turkish city of Reyhanli.

“In Maram foundation, we really try our best to push for education. In the orphanage we have, after the children go to school and come back, we try to make sure they get the right education,” Shishakly explains. “We follow up with their homework, we even hired a special English teacher, an ex-teacher, so they can help them with everything they took at the schools.”

Shishakly says he’s also struggling to stretch scarce resources. The camp’s school is so overcrowded that it often has to turn children away. The situation of the internally displaced within Syria, he points out, is worse than it is for refugees in Turkey. But Syrian families in Sanliurfa complain that many schools in the Turkish city have inadequate facilities and lack space for their children. In some cases, families are unable to afford even basic school supplies like notebooks and backpacks.

“This will cause a future problem, not only for the Syrian people, but like a problem for the whole area, especially the neighboring countries,” says Shishakly.

Some educational opportunities are available. The Turkish government has opened its schools, but language can be a barrier to Syrians. There are also low-cost private schools that use a curriculum designed by the Syrian opposition movement. Other schools use the certified Libyan curriculum.

Seventeen-year-old Mohanad Abdullah, who lives in the southern Turkish city of Gaziantep, attends one such school. When he first arrived in Turkey from the Syrian capital city of Aleppo he found a job at a factory to help support his family while his brother was ill and couldn’t work. Then, when his brother’s health improved and he was able to take a job, Mohanad’s family agreed to prioritize his education.

“My dream wasn’t working. Of course that’s not what I’m looking to do,” he says. “I want to be a doctor.”

Though he says his school here is pretty disorganized, he’s relatively happy with his decision. It offers a semblance of normalcy. “Well since there are a lot of Syrians in Gaziantep, in this specific city, I have my friends here so I don’t feel like I’m away from home,” Abdullah says.

Another barrier to accessing education is trauma. Many Syrian children are in need of psychological support, having lost close friends and family members. Many also suffer from post-traumatic stress and physical injuries.

Many Syrian families think of Turkey as a temporary stopover before their return home. Others dream of sending their children to study or work in Europe. The journey requires smugglers and is costly and dangerous.

For Rakan, a school friend of Mohanad’s, receiving an education is about more than just securing a future job. It’s about building a future for Syria.

But just when those who want to rebuild can return to Syria is the question looming over a refugee diaspora that now numbers in the millions.