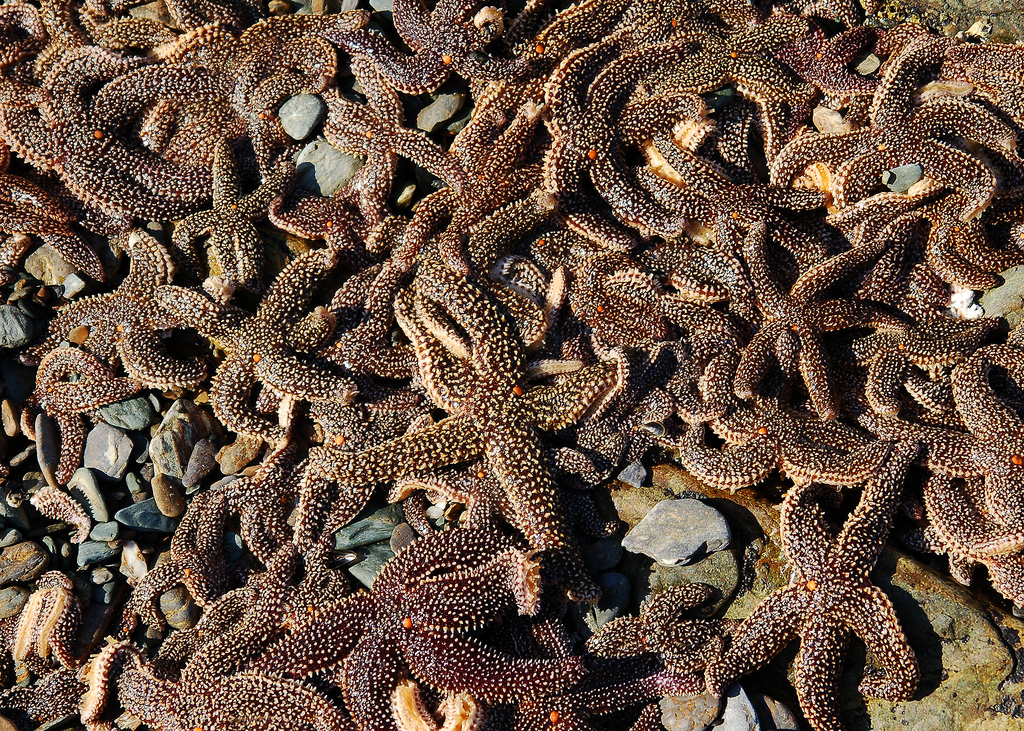 Mass mortality events — or large-scale die-offs — appear to be on the rise among various species of birds, fish and marine invertebrates. This, according to a study by scientists from the University of San Diego, Yale University, and UC-Berkeley. The researchers examined mass mortality events — sometimes involving millions of individuals of a species — and noted an increase of one per year over the past 70 years. Their findings were published in the Proceedings of the National Academy of Sciences, USA.

FSRN’s Melinda Tuhus spoke with Samuel Fey, one of the co-authors, who is a post-doctoral fellow in the Ecology and Evolutionary Biology Department at Yale University. He explains their findings, including a possible connection to climate change.

FSRN: Samuel Fey, please start just by describing why you and your colleagues undertook this study about mass mortality events.

Samuel Fey: We talked about how surprising they are, and how morbidly fascinating some of these events can be, but then as the discussion moved on we started to talk a little bit about how often these events are seemingly blips on our radar and that they attract a large amount of coverage but in general aren’t put into any greater context in the media. So we looked to see if there was any synthesis across various mass mortality events that began to look at some of the changes in occurrence, causes and magnitudes of these events through time, and we were really surprised when we learned there hadn’t been any effort like this, so we thought this would be a good opportunity to try to shed some light on a process that attracts a lot of attention but is rarely put into any greater context.

FSRN: Can you give me one example? I think there was one  where there was a huge die-off of starfish?

SF: Yeah, so this didn’t make it into our data base, because we stopped  reporting on events in 2012, I believe, but yeah, there’s an ongoing sea star mortality that’s been occurring on the West Coast of North America, where millions of starfish have died, and it does beg the question of what are the ecological consequences of this kind of event. That amount of biomass could certainly be used as a resource by any organism that’s able to take advantage of that, and it also has the potential to just disrupt entire food webs in terms of how those organisms interact with their predators and their prey.

FSRN: In the article I read about it, it said there was an increase in mass mortality events among birds, fish and invertebrates, a decrease among reptiles and amphibians, and among mammals  it stayed  the same.  I don’t think your study reached any conclusions, but do you have any thoughts on that?

SF: Yeah, so our study looked at three different response  variables regarding these mass mortality events, which were the occurrence, the magnitudes and the causes of these events. And, you’re right, that for the magnitudes, or the number of individuals that died during any of these reported events, we saw there was an increase for birds, fishes and marine invertebrates, that there hadn’t been any change in magnitude through time for mammals, and that there had been decreases through time for reptiles and amphibians. And at first glance you might think that as magnitudes are increasing, that might be kind of an alarm in the sense that, are these bigger die-offs caused by more severe perturbations to natural systems. that certainly may be true, but the alternative take on this is that perhaps the smaller sizes of reptile and amphibian die-offs that have occurred through time might be just due to the fact that there are smaller extant populations for these taxa. There are many more threatened species of amphibians and reptiles than there are for these other groups, which suggests the possibility that having small population sizes in nature precludes the occurrence of any large event.

FSRN: So, some of the reasons that were given for different events — one was starvation, one was disease, one was biotoxicity, and then there was a combination of multiple stressors that acted together. How much do you see connections with climate change resulting in any of these die-offs? Is that something you’re looking at? Is that something you know is a factor?

SF: So, it’s really difficult to take any of the causes that we show in our study and connect them directly to climate change. However, it is interesting to look at the trends and the causes underlying these events. For instance, one of the causes in our data base is thermal stress, and over the course of this 70-year period, we did see a decrease in the number of events caused by cold thermal stress, so it’s interesting that this is in keeping with patterns we’ve seen in recent climate change related to decreases in the severity of winter, so at this point it just shows there’s perhaps an association, but by no means does it implicate climate change directly in patterns of these events.

FSRN: Your paper mentions that it’s not totally clear if there’s really been an increase of one mass mortality event every year for the past 70 years, or if they’re just being reported more than before. How do you get at that?

SF: This is, as one researcher put it, the problem of deciding if this is an epidemic versus an epidemic of awareness. So we have recorded that there’s been an increase in the number of mass mortality events recorded through time, but whether this is a real or perceived increase is somewhat equivocal at this point. What we did in the study is we do know there’s been an increase in the total scientific output over the same period of time in this study — the past 70 years. So we tried to use the increases in scientific productivity to try to correct for the increases of these events that have been reported through time. And what that analysis showed is that this increase in scientific productivity — there’s more scientists on the planet, there’s more peer-reviewed scientific journals out there — that correcting that accounts for some but not all of the increase in reported mass mortality events through time.