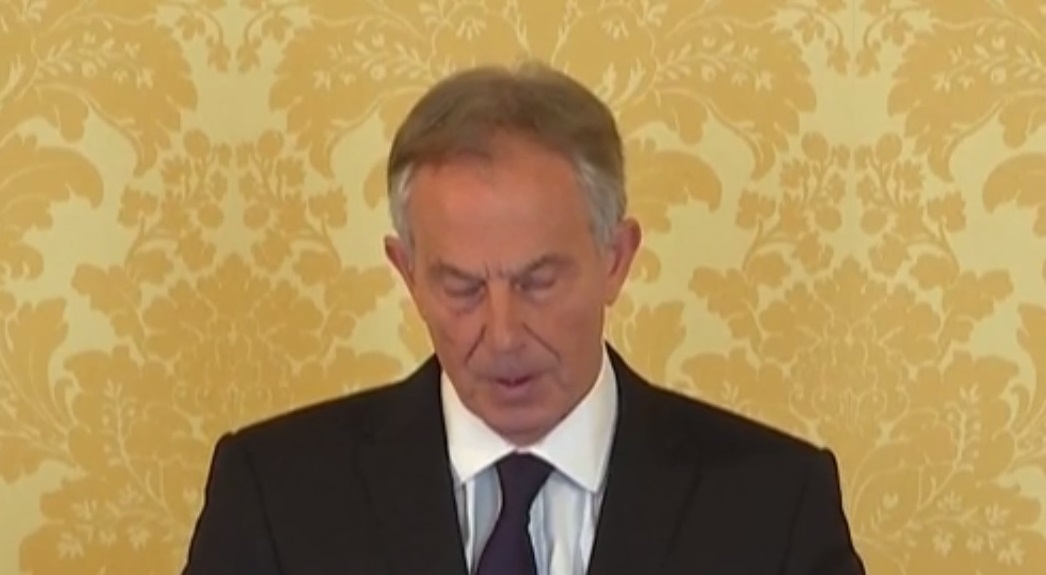 The long-awaited Chilcot Report – an inquiry into the UK’s decision to invade Iraq in 2003 – delivered a damning verdict Wednesday. The seven-year-long review found that the UK decided to join the U.S. in toppling Saddam Hussein before peaceful options were exhausted and military action, despite the urging of Prime Minister Tony Blair and his ministers, was not a last-resort. FSRN’s Jacob Resneck reports.

The Chilcot Inquiry began in 2009 and committee members had unprecedented access to secret government documents. The review took longer to complete than the British military’s involvement in the conflict itself.

Sir John Chilcot, who led the inquiry, said it wasn’t within its scope to assess whether the war itself was legal under international law. He said that could only come from an international tribunal.

“We have, however, concluded that the circumstances in which it was decided that there was a legal basis for U.K. military action were far from satisfactory,” Chilcot explained.

The report further found that then-Prime Minister Tony Blair relied on bad intelligence and used faulty legal reasoning to justify the war. In a carefully worded address, the former prime minister admitted he made many errors in judgment.

“The intelligence statements made at the time of going to war turned out to be wrong. The aftermath turned out more hostile, protracted and bloody than we ever imagined,” Blair said. “The Coalition planned for one set of ground facts and encountered another. A nation whose people we wanted to see free and secure from the evil of Saddam became instead victim of sectarian terrorism.”

But despite a graying Tony Blair’s words of contrition, he stopped short of admitting the war had been a mistake.

“It is claimed that by removing Saddam we unleashed terrorism in the Middle East today,” said Blair. “I profoundly disagree.”

Blair went on to argue that had Saddam Hussein stayed in power, he would have remained an entrenched dictator, like Syria’s Bashar Al-Assad. Then, he speculated, Iraq would have imploded in the same way Syria has.

Former President George W. Bush’s office released a statement saying Bush was “hosting wounded warriors at his ranch today and had not had the chance to read the Chilcot report.”  The statement went on, however, to echo Blair’s line that the world is better off without Saddam Hussein.

Speaking in the House of Commons, Conservative Prime Minister David Cameron, who as a member of Parliament voted in 2003 to authorize the invasion, said the Chilcot report does not make a case against all military intervention.

“There are unquestionably times when it is right to intervene as this country did successfully in Sierra Leone and Kosovo,” Cameron said. “And I’m sure that many in this House would agree that there have been times in the recent past when we should have intervened but didn’t, like in failing to prevent the genocides in Rwanda or Srebrenica.”

Labour Leader Jeremy Corbyn didn’t mince words in his reaction to the inquiry. Corbyn was part of a minority of Labour members who rebelled against party leader Tony Blair to oppose the war.

“Frankly, it was an act of military aggression launched on a false pretext as the inquiry accepts and has long been regarded as illegal by the overwhelming weight of international legal opinion,” Corbyn said. “It led to the deaths of hundreds of thousands of people and the displacement of millions of refugees. It devastated Iraq’s infrastructure and society.”

Corbyn pointed out the hypocrisy of the British government, quoting a damning 1990s inquiry that investigated the UK’s arms sales to Saddam Hussein during the height of his oppressive policies against Iraq’s ethnic Kurds.

“It wasn’t that those of us who opposed the war underestimated the brutality or the crimes of Saddam Hussein’s dictatorship,” said Corbyn. “Indeed, many of us campaigned against the Iraqi regime during its most bloody period, when the Thatcher government and the U.S. administration were busy supporting that regime – as was confirmed by the 1996 Scott Inquiry.”

In the U.S., the closest parallel to the Chilcot Inquiry into the Iraq war was the Senate Report on Iraqi WMD Intelligence. That report – like the Chilcot inquiry – found that political leaders had overstated the intelligence assessment on the threat of Iraq’s stockpile of Weapons of Mass Destruction.

Publicly released in 2008, nobody in the Bush administration was asked to resign and Democratic House Speaker Nancy Pelosi assured her party caucus that impeachment of President Bush remained “off the table.”

The Iraq Body Count, a project that catalogs both military and civilian casualties in the country, says about 251,000 people have been killed since the 2003 invasion.