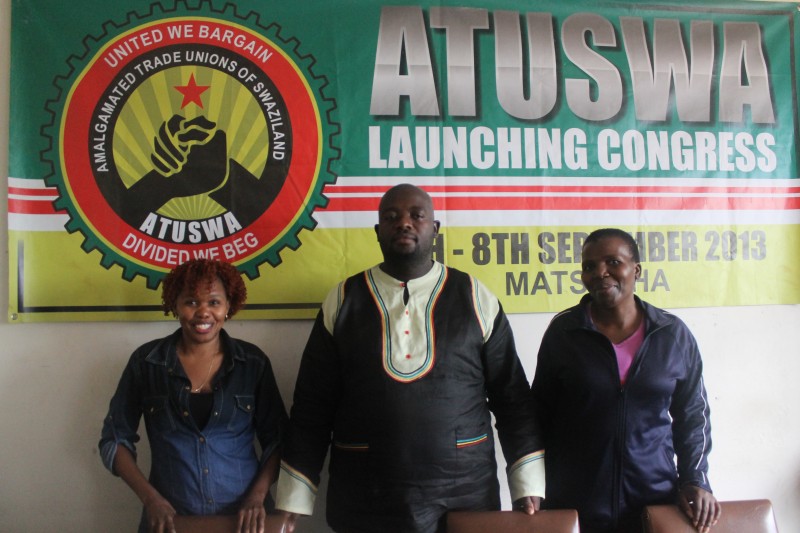 As many as 17 thousand textile workers in Swaziland face losing their jobs following the country’s removal from a U.S. free trade agreement at the start of the year. Factories that produce clothing for the U.S. market are closing because they now have to pay costly trade tariffs. Swaziland was removed from the African Growth Opportunities act – AGOA – for consistently failing to meet criteria on human rights and freedom of expression. From Manzini, FSRN’s Sam Cowie reports.

Since losing her textile factory job in November, Rosemary Hadebe has struggled to support her four young sons. Her family has survived on her $860 severance pay, and Rosemary has tried to eke out a living by hawking clothes.

The closures come after the United States removed Swaziland from a U.S. free trade bloc – the Africa Growth Opportunity Act, or AGOA – for consistently failing to meet the bloc’s criteria on human rights and freedom of expression.

Analysts say that Swaziland’s exit from AGOA could cost up to 17,000 jobs – a huge number for a country of just 1.25 million people. According to Human Rights watch, unemployment in Swaziland is already at 40 per cent while the World Bank says that more than 60 percent of the population lives below the poverty line.

The majority of the factories are based in here in Manzini, Swaziland’s second largest city and industrial hub. Each day, thousands of workers from rural villages come through the city’s hectic bus station.

Removal from AGOA means textile factories that make clothing for the US market must now pay costly trade tariffs, increasing the cost of production to the point that owners are opting to shut down instead of risk running at a loss.

U.S. President Barack Obama first suspended Swaziland from AGOA in May 2014, after years of insufficient progress on meeting AGOA criteria on workers’ rights. The government was issued a deadline to amend laws that were considered repressive. One of these laws was Swaziland’s “Suppression of Terrorism Act” which allows police to break up demonstrations under the pretext of national security and is blasted by critics as a tool to harass and detain activists.

Wander MKonze is secretary general of ATUSWA, one of Swaziland’s largest trade unions. In October, with the AGOA deadline already passed, Wander and other members of ATUSWA tried to organize a march – in an attempt to pressure the government to act before losing AGOA.

The day before the march was due to take place, authorities warned Wander it posed a risk to security. The day after, police arrested Wander in his home and questioned him for four hours. Wander says that the Swazi authorities are reluctant to address AGOA eligibility requirements that provide protections for workers’ rights.

“If people assemble, they discuss issues,” Wander says. “And if people discuss issues, they also chart a way forward, on how to address the issues they are raising, but government frowns on that – and that is why government is reluctant to adhere to the AGOA benchmarks.”

Since an economic crisis in 2011, civil unrest in Swaziland has been on the rise. The country is Africa’s last absolute monarchy, ruled since 1986 by King Mswati III, a flamboyant autocrat, fond of luxury cars and shopping trips to Europe, who exerts tight control over the population.

Human rights groups have long criticized Swaziland for arbitrary arrests and imprisonments as well as for limiting freedom of expression. Political parties are banned.

Petrus Qambukusa Magagula is a professor of political science at the University of Swaziland. He says that the loss of AGOA will cause further, more serious unrest as citizens observe the rise of democracy in neighboring South Africa and Mozambique.

“As long as the government is behaving in this way,” says Magagula, “there is no way you can make people change and be submissive, the way they were five, ten years back. No they won’t. And these are not the same people that you are controlling. These are the new people, the youth!”

The AGOA loss is expected to continue to severely damage Swaziland’s economy, as workers who lost their jobs will no longer have money to pay for goods and services. Analysts predict the economic effects of Swaziland’s removal from AGOA will go beyond the thousands who lose their factory jobs. Each textile worker supports five dependents on average.

There are also concerns that part of the female-majority workforce will turn to prostitution to support their families, exacerbating Swaziland’s HIV rate which is already the highest in the world affecting about 26 percent of the population.