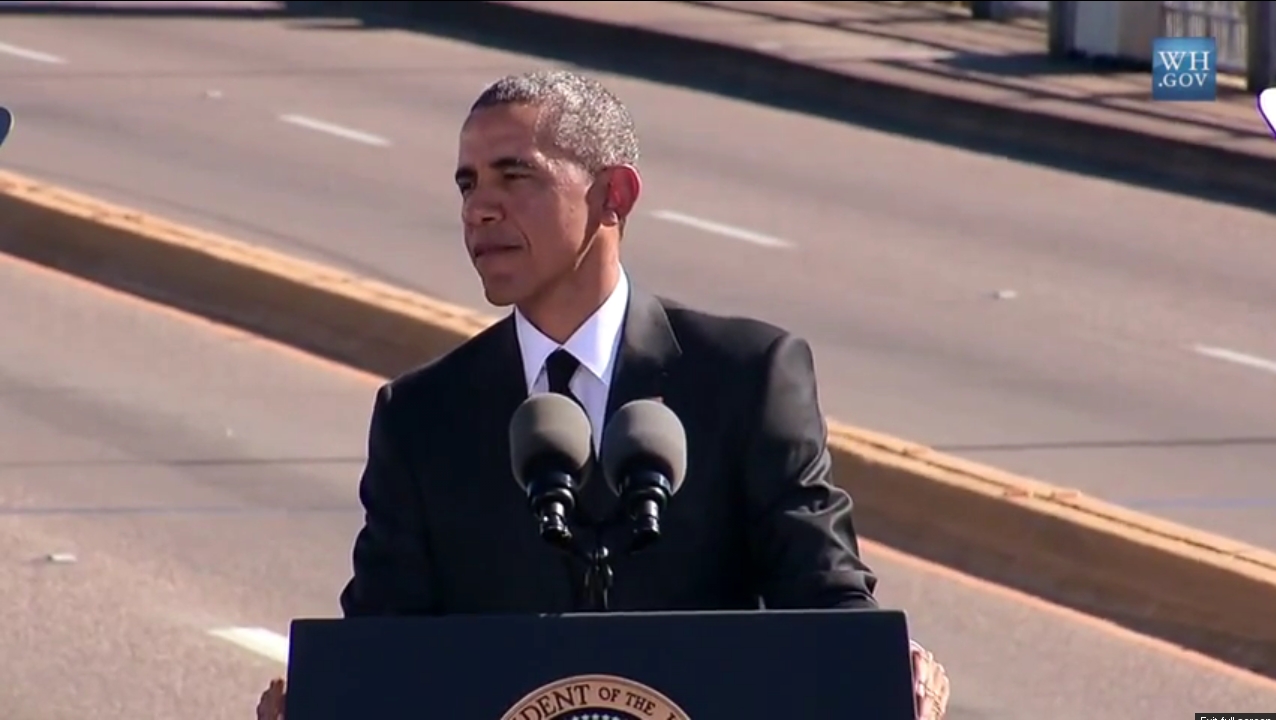 Screenshot of President Obama's speech on the Edmund Pettus Bridge. (Video via Whitehouse.gov)

Who can question whether President Barack Obama is a master when it comes to speeches?

Such a quality literally put him on the map when he mesmerized a crowd at the 2004 Democratic National Convention.

He did it again in the Selma, Alabama’s 50th anniversary at the Edmund Pettus Bridge. His central message: no one can doubt things are better since Selma. No one.

His speech, delivered with quiet passion, was a master work.

And yet… and yet.

Public outrage fueled the passage of the Voter Rights Act, the same law recently trimmed by the U.S. Supreme Court.

Selma is a vivid example of an evil that still lives with us; that of police immunity for their violence.

Guess how many of them went to jail? None.

Just four years after Selma, Chicago cops broke into the apartment of Black Panther leader Fred Hampton and killed him in his sleep. They also killed Captain Mark Clark.

Guess how many cops went to jail? Zero.

Zip to our present and the Mike Brown case: no criminal trial, state or federal. “Too hard,” say federal prosecutors.

On May 13, 1985, cops dropped bombs from a helicopter and shot and burned 11 men, women and children to death and also destroyed several city blocks.

In that case, 20 years after Selma, how many cops went to jail? You know: none.

What radicalized and motivated Ferguson was a long train of police impunity and immunity after violence against the community. They had seen it too many times.

So Selma is closer than we think. It continues to trouble us today.