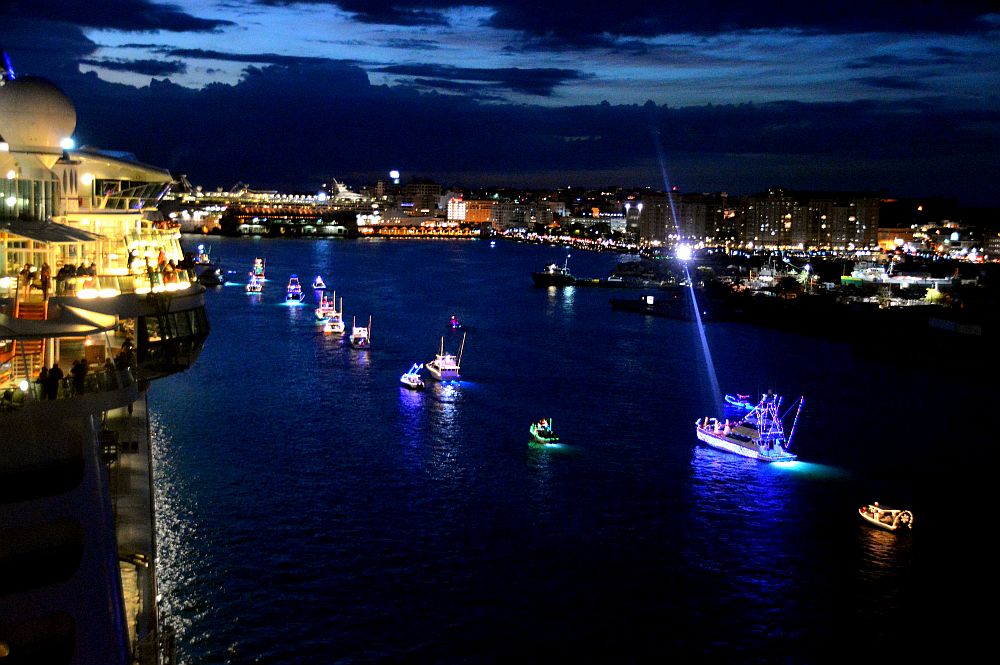 The debt crisis in Puerto Rico has escalated in the weeks since Governor Alejandro Garcia Padilla announced that the U.S. territory’s $73 billion in debt is not payable. The island is now under pressure from its creditors to privatize its public electric utility, but Puerto Rican authorities have rejected the terms thus far. Last Thursday the island commonwealth missed a $93 million bond payment for its Public Finance Corporation. The economic uncertainty is a major issue in New York, where members of the Puerto Rican diaspora and hedge fund managers alike are watching the situation closely. FSRN’s Linda Perry Barr reports.

The debt crisis prompted a recent meeting at Citigroup in New York City. Hedge fund billionaires and bond holders heard an austerity plan that the Puerto Rican government is using as a sort of blueprint to address the island’s debt crisis. Fortune magazine reports that as much as half of Puerto Rico’s $73 billion in bonds is held by hedge funds.

The austerity plan is crafted by former IMF chief Anne Krueger. It calls for a cut in the $7.25 an hour minimum wage, a decrease in federal welfare payments, and an end of subsidies for the University of Puerto Rico. And the plan calls for debt restructuring, a voluntary exchange of existing bonds for new ones with longer maturities.

“We’ve got to connect the dots and a lot of these people who are involved in ruining the economies and ruining the lives of million of people across the world, have a common denominator,” says David Galarza, an activist with the National Congress for Puerto Rican Rights. He’s been watching the situation closely and has no faith in Krueger – who has also been involved in the financial crisis in Greece. “Their hearts and souls are really controlled by Wall Street and a lot of these hedge fund vultures that are causing the crisis in places like Detroit and places like Puerto Rico and places like Greece and Spain. And the list goes on and on.”

Some of the key financial players in the Puerto Rican picture include Andrew Feldstein of BlueMountain Capital, Mark Gallogly of Centerbridge Partners, Paul Tudor Jones, a key investor in Stone Line Capital, and John Paulson, the principal investor in the island’s biggest bank and in luxury hotels there.

Puerto Rico’s governor, Alejandro Garcia-Padilla wants to renegotiate debt and he wants bondholders to give Puerto Rico a grace-period on payments.

“Puerto Rico is only asking for the ability to restructure its debt,” pointed out New York City Council speaker Melissa Mark Viverito, who comes from Puerto Rico. Beyond echoing de Blasio’s statement about the federal government’s ability to sway events, she honed in on the role of the hedge fund with a stake in the crisis. “The hedge funds, I think, have been extremely irresponsible. They are vultures. They are actively advocating in Congress for Congress not to help Puerto Rico because they are personally benefiting from the misery that they are creating and that is unacceptable. So, those hedge funds also need to be at the table and they need to be willing to sacrifice.”

Governor Garcia Padilla is pushing the U.S. Congress to give Puerto Rico the option to file Chapter 9 bankruptcy – a way out of debt currently not available because of Puerto Rico’s status as a territory.

Yet it’s this very status as a U.S. Territory that attracts investors to Puerto Rico, with its incentives and tax havens for corporations and hedge fund billionaires.

Researchers at Hedge Clippers, a group critical of the way money and politics collide, say hedge funds and their billionaire managers have swooped into Puerto Rico during the fast-moving economic crisis to prey on the vulnerable island. They’ve bought up large chunks of Puerto Rican debt at discounts, pushed the island to borrow more, and they are driving it towards devastating austerity measures – all the while using the island as a tax haven.

The island’s government, much like Greece, is caught between the needs of its electorate and the demands of creditors – powerful lenders seeking payments who will ultimately push for punishing structural reforms and austerity.

“It seems like the government wants to increase that [wealth] gap – at a time when they should be trying to decrease it – by rolling out the red carpet billionaires like Paulson and Trump (who just filed for bankruptcy for his golf course there in Puerto Rico), ” says activist Galarza, who protested outside the Citibank meeting in New York. “And they’re allowed to live in Puerto Rico or operate in Puerto Rico or set up their phantom shops in Puerto Rico and not have to pay capital gains and other types of taxes. And meanwhile the people in Puerto Rico have to pay the highest sales tax of any state in the nation.”

Meanwhile, journalists in Puerto Rico are suing the government to force them to release the names of all hedge funds that hold bonds issued by the Caribbean territory.