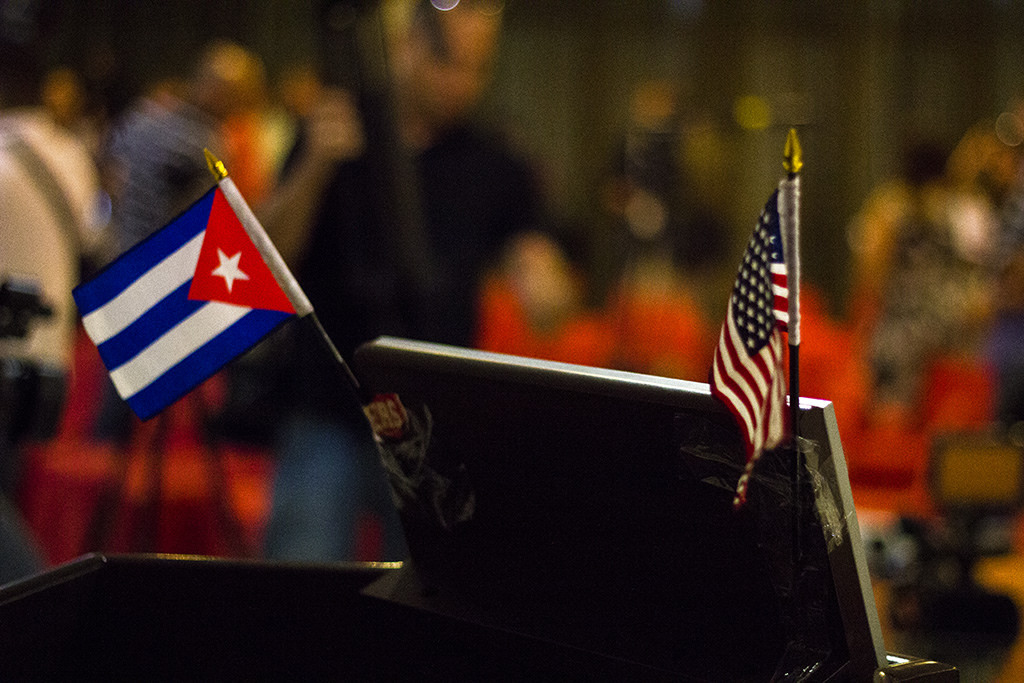 More than 50 years after the United States and Cuba severed diplomatic ties with each other, the two nations have agreed to reopen their respective embassies later this month, furthering the move to normalize bilateral relations. Nell Abram reports.

Cuban President Raul Castro sent a similar letter to President Obama, citing “principles and purposes enshrined in the United Nations Charter and International Law” to refrain from use of force, non-interference in domestic matters respect for the principles of equal rights and self-determination.

In a public statement, President Obama said that US had been “trapped by a certain way of doing things…clinging to policy that wasn’t working.”

“With this change we will be able to substantially increase contacts, more personnel at our embassy, our diplomats will be have ability to engage more broadly across the island – that will include the Cuban government, civil society and ordinary Cubans who are reaching for a better life,” President Obama said. “On issues of common interest – like counter-terrorism, disaster response and development – we will find new ways to cooperate with Cuba. And I’ve been clear that we will continue to have some very serious differences that include America’s enduring support for universal values like freedom of speech and assembly and ability to access to information, as we will not hesitate to speak out when we see conditions that contradict those values.”

In his remarks Wednesday, President Obama reiterated his call for Congress to lift the embargo currently in place under the Helms-Burton Act. A measure to lift the blockade, the Freedom to Export to Cuba Act, is currently pending in the U.S. Congress.