Slideshow: Selected works from ‘Visions from the Inside’ art collaboration

To see all 15 pieces that make up the Visions from the Inside series and to read the artist statements that accompany each, visit the project’s website at: http://visionsfromtheinside.tumblr.com/ 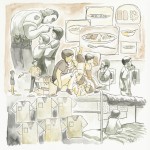 “I think the part of the letter that hit me most is the idea of not being able to control what is happening, not knowing when they will be able to leave, and the cramped feeling of all of these conditions on top of each other.” Robert Trujillo/CultureStrike 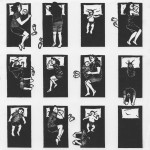 “I chose images of mothers holding children because I remember how it felt to be placed in I.C.E detention. All I wanted was the comfort of my mother and I think that the women are incredibly brave, strong and noble in those situations.” -Fidencio Martinez/CultureStrike 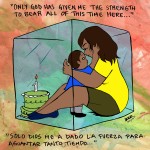 “We cannot be okay with the thought that a mother has to celebrate their child’s birthday behind bars. Their crime was to be responsible and courageous because they defied borders in order to offer a better future for their children.” -Julio Salgado/CultureStrike 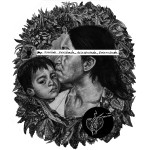 “I covered the mother’s eyes with a phrase from her letter ‘Me siento frustrada, desesperada, y preocupada (I feel frustrated, desperate, and worried)’ exposing what lies within the struggling mother, that and a ‘Broken Heart’ drawing illustrated by the very mother whose letter I received.” -Mata Ruda/CultureStrike 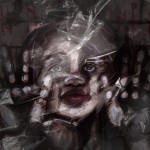 “In my illustration, I wanted to evoke the sensations of feeling trapped and suffocated to show that immigration detention is not a humane place for anyone to exist in, let alone a child.” -Dolly Li/CultureStrike 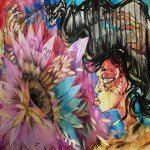 “I found it important to include something in the sketch representative of faith, hope, beauty, strength and a higher divine purpose throughout the ordeals of the struggles of life.” -Gabrielle Tesfaye/CultureStrike 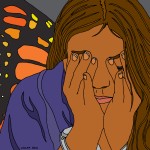 “Butterflies migrate and their migration is beautiful, they’re not restricted by physical borders. When humans restrict the beauty and nature of human migration it brings pain and trauma.” -Chucha Marquez/CultureStrike 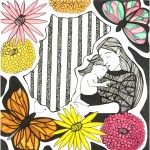 “I was moved by the strength of the mother in the letter, and mothers everywhere who continue to nurture life through their love.” -Francis Mead/CultureStrike 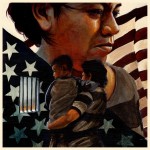 “I think I’d like viewers to feel a simple level of human connection to this woman’s struggle. And through that connection find the strength to continue their own struggle if they are also detained or be in solidarity with her.” -Zeke Peña/CultureStrike 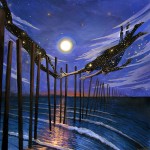 “A visual collaboration with a letter written by a Honduran mother who is being kept at Karnes County Detention Center with her younger son after attempting to cross the border to be re-united with her family.” -Jess X Chen/CultureStrike