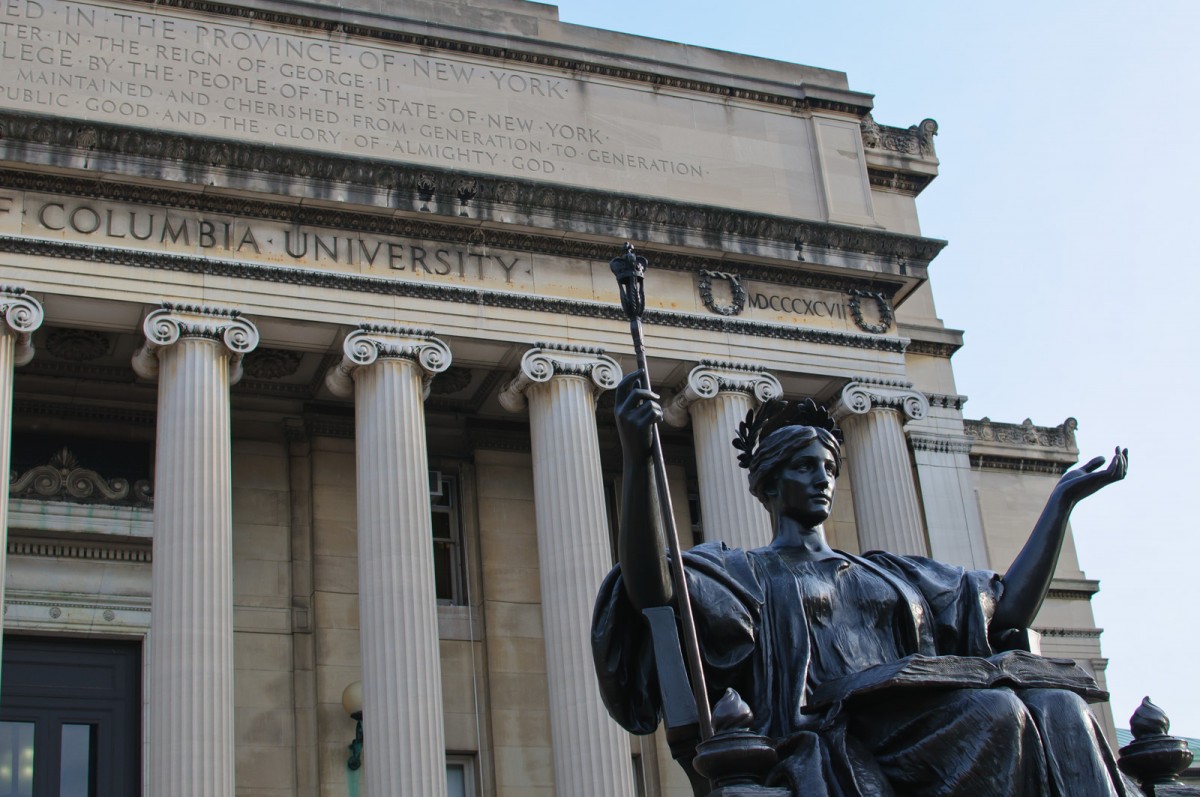 Graduate students who work as teaching and research assistants are organizing at private universities throughout the U.S. They’re forming unions, demanding recognition for those unions, and asking for better pay and benefits. But private universities aren’t legally required to recognize grad student unions, and most have refused to do so. In New York City, Eilís O’Neill caught up with a couple of those involved in the ongoing fight for recognition.

The Grad Student Union at Columbia University has been busily holding meetings and organizing incoming grad students since the start of the school year. So far, the union is an informal one, unrecognized by the school’s administration.

Olga Brudastova, a third-year PhD student in the engineering department says, “Our major goal today is to have a contract and to sit down with the administration and negotiate it.”

Private universities are under no obligation to recognize graduate student unions.

“We do work for the university. We are effectively employees here at least insofar as our teaching is concerned,” explains Katz. “When I am sitting at the front of a classroom with 17 undergrads talking, for instance this semester, about Ancient Greece (which isn’t even related to my research) there’s no doubt that my relationship to the university is one of a worker. And I believe that in the United States workers have the right to organize under the National Labor Relations Act.”

A spokesperson for the university responded to FSRN’s interview request with a written statement. It reads: “Columbia’s graduate students are scholars-in-training whose teaching and research are an integral part of their doctoral studies. Treating students as employees could adversely affect their educational experience.”

The statement concluded that a “one-size-fits-all contract” would harm students’ academics and individualized mentorship. But Paul Katz counters that improved salaries and benefits would in fact give graduate students more time and energy to devote to their teaching and research.

“A lot of people are concerned about health care. Many people are concerned about the lack of dental insurance,” Katz points out. “Many people have expressed concern that, for instance if you live in Columbia-owned housing your rent is guaranteed to increase at least four percent every year. Stipends, not so much. We’ve also seen many concerns about the lack of due process that we have, uneven fees. So I think there’s really a wide range of concerns, but what unites them all is a belief that we have the right to collectively bargain the conditions under which we work.

Graduate student organizing died down at private universities across the country in the decade after the 2004 NLRB ruling. But in November 2013, New York University chose to voluntarily recognize its grad student union, and in March of this year the graduate students there negotiated a new contract. Sixth-year PhD student David Klassen explains the gains from those negotiations.

“Making sure that healthcare was across the board. Pushing for family health care, which before had been $9000 to cover a spouse and, you know, $5000 for a dependent, which is just not reasonable, especially when stipends are $25,000 range. We made some gains, not as much as is necessary,” says Klassen.

The NYU students’ relative success sparked a wave of optimism and organizing. Graduate students at Columbia, the New School, Yale, Harvard and the University of Chicago have started to form unions. Paul Katz says he and others organized a card drive at Columbia, in which grad students signed cards saying they wanted to be represented by a union.

“It was really probably one of the most energizing, exciting moments of my entire life. Those sort of three and a half months of conversations continually, card signings all the time, knocking on lab door, graduate lounges, bothering as many people as possible just to figure out what they cared about and whether or not we could bring them on board,” Katz recalls.

“We’re now waiting for a decision on whether or not these folks will have the right to a union election,” says Maida Rosenstein, with the United Auto Workers union affiliated with Columbia’s grad students. “And we feel very optimistic that we’re going to get a good decision.”

On October 15, graduate students at seven universities are holding events to raise awareness about their unionization campaigns. The goal is bigger than just improving working conditions for grad students, says David Klassen, a student organizer at NYU.

“Universities have sort of shifted from hiring tenure-track people to hiring grad students cause it’s cheaper,” Klassen points out. “We’re hoping that we’re making it more difficult by actually saying, ‘No, you can’t just use us to get rid of tenure-track people because we’re not going to be paid as little as you can possibly pay us. We’re going to push our wages higher.'”

In the meantime, Columbia University’s administration has hired a major law firm to represent them on this case.

There’s no date set for when the National Labor Relations Board will rule, but students are hopeful that they’ll make a decision soon.